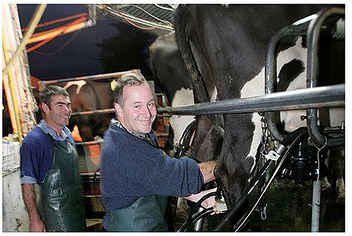 On Monday John Key  admitted that his government had unilaterally cancelled the passports of  “a small group” of New Zealanders, fighting alongside anti-  al-Assad forces in Syria. According to Key, others have had their passports cancelled so as to prevent them reaching Syria.

Firstly. Cancelling a New Zealander’s passport essentially renders that person stateless; unable to travel; unable to return home; and liable to arrest. Such a move leaves New Zealanders in an untenable position.

Secondly, it may also be illegal.

Unilaterally cancelling a New Zealander’s pass, without that person being convicted in a Court of Law, deprives that person of the right to travel. A citizen’s right to travel is a basic human right and up to now, only authoritarian governments have controlled such movements.

John Key has effectively lined up with the likes of North Korea and the former Soviet-bloc, in controlling the movements of New Zealanders who have broken no law, and been convicted of no offence.

“They obviously don’t put their hand up and say they’re going to be freedom fighters in Syria when they leave. They present a different set of reasons why they might be leaving the country. We have the capacity to cancel a passport if we believe somebody is going into a war zone, for instance, to fight in a way we don’t think is  sensible.”

How patronising of our esteemed Prime Minister that he has taken it upon himself to determine whether or not “somebody is going into a war zone, for instance, to fight in a way we don’t think is  sensible“.

Considering that – up to the invasion of Iraq in 2003 – successive New Zealand governments have not hesitated to committing New Zealand troops into war-zones, it it a bit late in the day for a Prime Minister to be worrying about “somebody  going into a war zone  to fight in a way we don’t think is a sensible step for them”. Tell that to the  18,500 troops killed in World War One; 12,000 killed in World War Two; 33 in the Korean War; 37 in Vietnam, and others since then.

Fourthly, the sheer hypocrisy of Key’s actions and comments defy belief. Not once has he, nor his predecessors, commented on those New Zealanders who have join and actively served on foreign armies.

Such as New Zealanders serving in the Australian Army;

“The NZ Defence Force, meanwhile, confirmed yesterday that it employs a similar “lateral recruitment” process to attract soldiers from around the world. A spokesman said it was “fairly standard practice” for international armies to trade staff…”

And New Zealanders serving in the British Army;

The above story also refers to other New Zealanders serving in other armies,

“He is the fifth New Zealand-born soldier to die in action in Afghanistan.

Two were serving with Australian forces, one with US, and one with New Zealand troops.”

Or the curious case of Tony Resnick, who departed New Zealand under a cloud, and ended up in the Israeli Army.

So there is nothing particularly unusual about New Zealanders taking it upon themselves to enlist in the armies of other nations. Quite a few even end up on battlefields where some are killed

Has John Key ever cancelled their passports?

Key has also been reluctant to disclose how many New Zealanders have been affected by this potentially illegal decision. He said “a small group“.

Ali Akil, of Syrian Solidarity New Zealand, has said in a NZ Herald story that he was aware of only two brothers who had been affected – and the cancellation had not been instigated by the GCSB or SIS,

“According to my sources, their parents are the ones who called up and asked for them to be stopped,” he said, accusing Mr Key of “scaremongering and providing twisted information for political gain”.

“John Key has suggested very few people have [gone to Syria], and mentioned they have gone there to fight against the Assad regime which is actually something that we should honour them for, not strip them of their rights for,” he told Morning Report.

He questioned why Mr Key would “criminalise” those who decide to fight against Bashar al-Assad’s regime, which is known to have used chemical weapons against civilians.

“The New Zealand Government has actually sent our own New Zealand soldiers to Iraq and Afghanistan to liberate them from dictators, or so we were told. Isn’t it ridiculous to now criminalise those who choose to do exactly the same thing in Syria?”

It is rather strange for Key to be harassing freedom fighters who are wanting to topple one of the worst dictatorships in the Middle East, as it was only last year that Key condemned the Syrian government for using chemical weapons against it’s own people. In fact, Key was reportedly critical of the UN Security Council not doing enough;

Key, who made a stinging attack on the Security Council in his address to the UN General Assembly yesterday, said the resolution did not go as far as New Zealand would have liked in holding the Assad regime to account.

“But it does do the most important job which is set out a programme for how chemical weapons will be collected up in Syria, destruction of those chemical weapons and hopefully a process for ensuring Syrians are kept safe form weapons that should never be deployed from anybody.”

“This organisation would not also have been a powerless bystander to the Syrian tragedy for over two years if the lack of agreement among the Security Council’s Permanent Members had not shielded the Assad regime.”

Mr Key called for the Security Council to take strong action by passing against Syria for its use of chemical weapons.

“These are war crimes.”

New Zealanders want to fight a regime that has committed war crimes – and Key repays their willingness to oppose  this evil by stripping them of their pass ports, and in other cases, actively preventing them from leaving the country?!

Especially when, on 30 August last year, Key himself voiced support for the United Nations using force against the Syrian regime,

He quite clearly said,

“We think that’s the right thing to do but we wouldn’t hold our breath that that would receive the unanimous support that would be required.”

Do I detect the rank, rotting odour of hypocrisy (again) from our Prime Minister?

There is more to this issue than some young men wanting to join a fight to rid the world of a despotic dictator and his bloody regime (and this blogger will not shed a tear with the inevitable demise of Syrian President Bashar Assad and his criminal stooges).

Key obviously has a hidden reason for releasing this information, and I doubt very much if it relates one bit to any so-called concerns for the well-being of these young men.

Key has his own agenda:

It is no coincidence that Key’s press conference and dramatic revelations are taking place during  an election year. I remind the reader of a blogpost I wrote on 30 June, last year;

So what does John Key and his National Ministers do? Do they, make the law more explicit that the GCSB “may not authorise or take any action for the purpose of intercepting the communications of a person who is a New Zealand citizen or a permanent resident”?

Instead National has amended the law – in effect  legalising the illegal “88 cases identified as having a question mark over them since 2003” (source) through a new  Government Communications Security Bureau and Related Legislation Amendment Bill.

National is also enacting the new amendment  – under Urgency – which will give the GCSB the right to now spy on a person  who is a New Zealand citizen or a permanent resident.

Remember – there is no Cold War. That ended 24 years ago.

But you wouldn’t think so.

Instead, Key now makes references to other “threats” to New Zealand,

When asked to be specific about these claims, Key replied,

“I cannot tell New Zealanders everything our intelligence agencies are doing, or what the details of their operations are.” (Source)

And as reported, Key was less than forthcoming about other matters relating to the GCSB’s activities,

He refused to say what the support was that the GCSB provided to the Defence Force, police and SIS.
“I’m not going to go into the details of what they do.”

He also refused to say whether information on New Zealanders was passed on to foreign agencies.

But he did admit that not one of those 88 New Zealanders spied on by the GCSB has been prosecuted for any wrongdoing whatsoever.

Not one, as Key admitted,

“ Police have conducted a thorough check of all their systems. Police advise that no arrest, prosecution or any other legal processes have occurred as a result of the information supplied to NZSIS by GCSB  .”

It is an old, tried-and-tested, simple plan; spook the public using a variant of a reds-under-the-bed bogey-man “threat”, and watch them run into the ballot booth to tick the ‘National’ box.

It worked in 1981, when Muldoon portrayed the anti-Tour protestors as “commies” and a threat to the “Kiwi way of life”.

Will up-coming Edward Snowden revelations refer to New Zealand, including material that is absolutely damaging to John Key’s government?

And is the so-called threat of New Zealanders being ‘radicalised’  in a Middle East conflict, and returning home to wage an implied “Jihad”, a scare-tactic to justify whatever shonkey or illegal activities that the GCSB/SIS/government has been engaging in?

Is this yet another distraction during election year (see #1 above), with more to come?

Because – and here is the point – governments very rarely (if ever) disclose what the SIS and GCSB have been up to.

So – what was the motivation of standing up at a media conference, in front of the entire nation, and telling everyone what our security/intelligence agencies have been engaged in?

There is much, much more to this than Key has let on.

And it has bugger all to do with Al Quaeda bogeymen or a bunch of idealistic young men who want a dictator gone.  Remember – this is John Key we’re talking about.

What was it that  Ali Akil, of Syrian Solidarity New Zealand, said about John Key? He accused…

It didn’t take long for this immigrant to our country to suss our Prime Minister, did it?

The Telegraph:  Soldier killed by US friendly fire was a New Zealander in British army

NZ Herald: At home with the Mossad men

NZ Radio: Syria action ‘may be outside law’