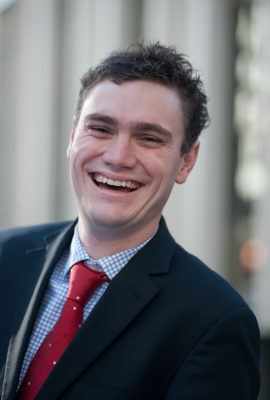 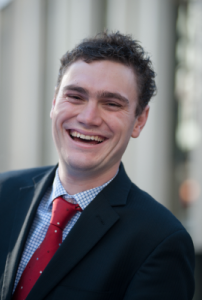 OPINION: Jordan Williams got quoted extensively by the idiot media on friday as a result of a APNZ newswire. As a spokesperson for the self appointed “Taxpayer’s Union” he has placed himself into the idiot level with this statement on the Auckland city council ordered audit of the Mayoral office.

However, the Taxpayers’ Union questioned why the council was not taking steps to recover the full amount.

“The councillors who have let Mr Brown off the hook for at least $200,000 need to explain how it is fair that ratepayers pick up most of the tab,” union executive director Jordan Williams said.

Is he actually a lawyer? He appears to have no understanding of the legal position of having one body (the council) doing an unbudgeted and unexpected audit on another body (the mayoral office) for what appears to have been purely political purposes.

As I understand the poorly written and thought through acts setting up the Auckland super city, I can’t see any authority for the council even being able to run this kind of unscheduled audit anyway. The ACT party through their representative Rodney Hide, the minister of local government at the time, produced some bad legislation that gave the mayoral office far too much power. It also wasted a colossal amount of ratepayers money in Auckland restructuring to a daft model and will continue to do so for a decade or more to come.

The apparent reason for Rodney Hide’s almost complete rewriting of the Royal Commission’s recommendations was to produce a city that was easy for people with money (like the mostly anonymous backers of ACT) to win control of a powerful mayoralty and have a small compliant council elected by money.  Unfortunately (for them) Aucklanders overwhelming voted twice against that model to the immense disgust of the ACT infiltrated C&R political grouping – originally called “Citizens and Ratepayers“.

But it is all part of an old scam that has been run by the right in NZ for years. Plug the word “taxpayers” or “ratepayers” into a lobby group for the extremely wealthy and you can drag in a pile of suckers resentful of their supposed victimisation by direct income taxes. Somehow when any group with those words in the name talks about taxes, they somehow manage to forget all of the indirect taxes that make up the other half of personal taxation.

Taxes like tariffs, consumption taxes like GST, taxes like vehicle registration, etc etc all of which as a percentage of income fall overwhelmingly on those with lower incomes. They have a lot fewer choices about having to pay them because of what they have to purchase. Somehow none of the “Taxpayer” groups ever manage to look at any taxes except those that impact the wealthy.

But then when you start looking at the people involved in these types of organisations, it often seems that it is like the shuffling pea game. The same people keep popping up with different labels.

Since Jordan Williams hasn’t laid out his other associations, I’ll just lay out the few that I’m aware of.

In addition to fronting for the front of the “Taxpayers Union”, he also works as a lawyer for Franks & Ogilvie. The Franks part is Stephen Franks commonly known as an ex-MP for the ACT party – originally the Association of Consumers and Taxpayers when it started as a rapacious businessman’s lobby group in the 1990s.

He has fronted for several political lobby groups over the years – invariably those promoting the right of the right causes. Notably the recent Shirtcliffe/Lusk campaign against MMP and the coup in ACT when Don Brash shafted Rodney Hide. Both were ultimately miserable failures.

He was also the lawyer for Cameron Slater last year for a defamation case. The decision was released in late September. Last year also Cameron “exposed” the Len Brown affair after leaks from the John Palino campaign (managed by his father) in early October.

Given Jordan Williams’ previous track record as “a paid political mouthpiece” for the right was he involved with the attack on Len Brown? If so, Jordan Williams should disclose his involvement and associations. Having Jordan Williams popping up under the mantle of a “Taxpayers union” getting his opinions about Len Brown’s actions, just looks like an operator lifting the lid in a shell game.

For a journalist to be bothered asking them for their opinion shows a distinct lack of knowledge.

But hell, this self-proclaimed “representative” for the Auckland ratepayer lives in Wellington… That should have been the first tip off even if they didn’t know Jordan Williams’s background.