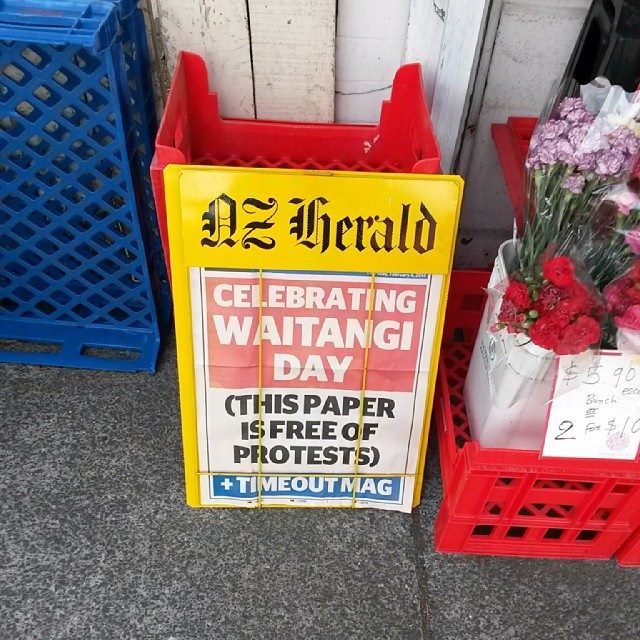 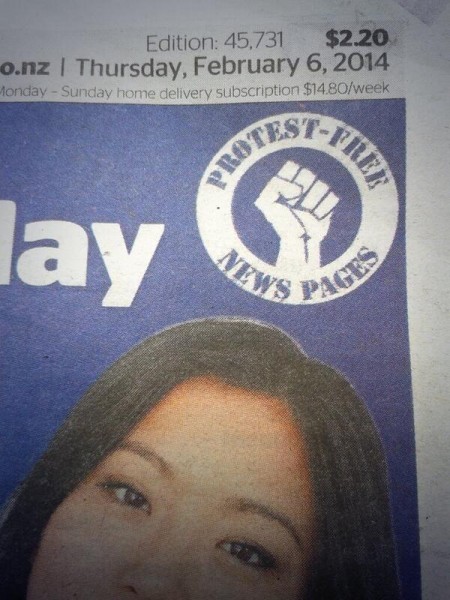 The desire to celebrate Waitangi Day is a deeply held one for those wanting a national day where we can feel good as New Zealanders, the problem is that the majority haven’t really held up their end of the Treaty and as such, Maori have lost the majority of their economic base and have received chump change as reparations.

The radical imbalance between the promise of the Treaty and the reality is so wide that Maori feel an obligation to righteously protest every year. For those whose with invisible privilege who can not see beyond their own berm, protesting raises ugly questions no one wants to try and answer on a day when everyone is desperately trying to celebrate.

Hence the NZ Herald’s Waitangi Day banner headline ‘Protest Free’. The desire to focus on the positive and ignore the ugly is an understandable feeling, but seeing as it was a combination of over eager media and the Prime Minister’s desire to comment about a scuffle that never happened that started colouring perceptions this year, perhaps the Herald could have considered just not printing an edition if their goal was to restrict those voices serving only to cause disruption, because this time around it seemed only the media and the PM were hell bent on doing that.

Let’s be generous to the NZ Herald and suggest that it was a play to our better angels that saw this misguided editorial decision. Far less charitable readings could suggest that a ‘Politics Free’ edition in fact ends up siding with the status quo and robs the public square of a fundamentally important part of the debate and that in itself plays into the darker ends of corporate owned media.

I would like to think the Herald were trying to be positive rather than Machiavellian, but even if we give them that benefit of the doubt, the decision to be ‘protest free’ is a terrible editorial direction.

The NZ Herald – love it or hate it, is essentially our largest daily newspaper, and if they decide to remove the politics and protest from Waitangi Day then they are effectively abdicating their responsibility as the Fourth Estate. Their feel good gesture ends up being censorship and it matters because they have so much influence in the media landscape.

Let’s hope that such a silly editorial direction which sees the NZ Herald walk away from its journalistic obligations is not repeated next year.

If NZers want to celebrate Waitangi Day, let’s live up to its promise so that all New Zealanders have something to celebrate, not just those who benefited from mass land confiscations. 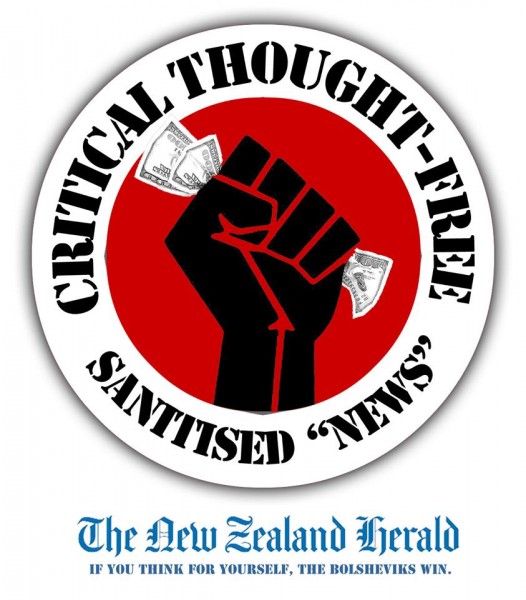