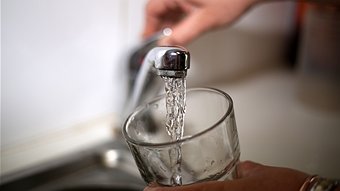 Five years ago I would probably have rolled my eyes at seeing an article or blog on fluoridation and read no further. If you are rolling your eyes right now I understand but please give this one a go.

Five years ago I was a passive supporter of fluoridation of drinking water because I accepted the word of public health officials that fluoridation helped reduce dental decay and improve dental health for us all. I thought the biggest benefits would be for the children most susceptible to early tooth decay. These are the children in our low-income communities where there are higher sugar levels in the diet and less teeth-brushing than in middle class families.

Although I’d never studied the issue I have a background in science and I would have agreed with last year’s statement from the Prime Minister’s Chief Science Advisor Peter Gluckman who said the science was “settled” in favour of fluoridating water supplies.

However since then, and more by accident than design, I’ve taken some time to look at the science for and against fluoridation and I’ve changed my position.

There is a mounting body of scientific evidence which makes a strongly arguable case not just that fluoridation is much less effective than we have been told but that it may also carry serious dangers to young children – in particular those who are bottle-fed with fluoridated water.

On Tuesday night this week I went to hear Emeritus Professor of Chemistry Paul Connett speak in Auckland about these issues as he argued against fluoridation of water supplies. (The meeting was organised by the Fluoride Action Network of New Zealand.)

I was fascinated to hear Connett speak in detail about the Napier/Hastings study (1954 to 1964) which launched fluoridation in New Zealand. The study was to be based on comparing the dental health of children in Napier (un-fluoridated water) with Hastings (fluoridated water).

Eight years into the study correspondence shows the researchers were unable to find the benefits they had expected/hoped to find from fluoridation. Then for reasons that are at best unclear the trial outcome was reported not as a comparison between the cities but as a longitudinal study of Hastings children which focused on how the number of tooth fillings kids were getting changed over the course of the study. The outcome showed a significant reduction in fillings over the 10 years and this was used to make the case for fluoridation to the general public. Later analysis however has shown dental nurse practice changed during the course of the trial and indentations in teeth which were being filled at the start of the study were no longer being filled by 1964. By then only when a cavity had penetrated the enamel were kids teeth being filled. The “benefits” of fluoridation were therefore largely overstated to a public who could not possibly know any better.

Anecdotally at least one person associated with the research has since made the comment that they were determined to reproduce the results found in some US studies which showed big benefits for fluoridation.

There have been far more studies of fluoridation around the world than I had realised and while the quality of research is very variable the most alarming has been a range of research projects showing an average drop of close to five IQ points for children from communities with fluoridated water compared to children with un-fluoridated water supplies.

I’m not suggesting this is a science end point but should be an urgent spur to higher quality studies to confirm/adjust/reject these findings. And following the precautionary principal fluoridation of water should be stopped in the meantime.

Another aspect to this is the evidence that fluoride has at best limited positive effect on the developing teeth of babies which had previously been thought was the case. And when we consider that human breast milk contains very small amounts of fluoride compared to fluoridated water it’s clear that bottle-fed babies are being unnecessarily exposed to potential negative effects from ingesting fluoride.

This is serious stuff. It is not the stuff of “flat-earthers” or climate-science deniers. It’s irresponsible to dismiss critical studies of fluoride and claim the science is “settled” in favour of fluoridation when a dispassionate look at the evidence raises lots of important and worrying questions.

The science is changing. For example there are now studies which show fluoride uptake by teeth is greater when it is applied to the tooth surface directly through fluoride toothpastes compared to mass medication via water. Doesn’t the science here warrant greater examination of alternatives to fluoridation of water supplies.

So why have public health officials overstated the success of fluoridation and poured scorn on the potential for serious problems? Dr Connett was asked this and said the only thing he could suggest was that these officials are worried that if they “lose” the fluoridation battle then issues such as vaccinations would come under much closer scrutiny with young children exposed to more serious risks if vaccinations levels decline.

Professor Connett described the late Dr John Colquhoun – formerly the Chief Dental Officer for Auckland – as one of New Zealand’s heroes. Colquhoun initially supported fluoridation only to move strongly against it after undertaking in-depth research as part of a PhD study in 1987 which examined the evidence in New Zealand and overseas and found it not just unconvincing as to the benefits of fluoridation but also worrying as to its possible longer-term health effects on communities.

Colquhoun spoke out against fluoridation when it was even less popular to do so than it is now.

But things are changing. It was good to hear from one dentist at the meeting who spoke publicly against fluoridation and also good to hear of the large number of others who oppose it in private.

Professor Connett’s answer to fighting tooth decay is education to change diets and programmes which get kids from low-income communities brushing their teeth. (I would add in here the provision of breakfast and lunch at schools and measures to reduce income inequality) Scotland, without fluoridation, has several apparently very successful initiatives to get kids brushing teeth from early childhood education  centres onwards.

I no longer think the science is “settled” and New Zealand should join the majority of the world – including 97% of Europe – which does not have fluoridated water supplies.