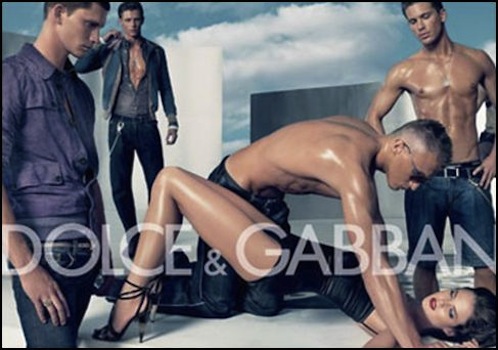 If we are dominated by a media that sexually objectifies women and shows them as something to be acted upon then it should not come as a shock that over 1 billion women on this planet today have survived rape and violence.

I work as a Chef. It is a new thing. I was a bartender but I got sacked a few weeks ago because well, honestly I don’t give a shit about getting people drunk. I got a job the next day at a Café, they only had work in the kitchen so like someone who stupidly did five years of art school with dreams of becoming the next Ai WeiWei, I took what I could get. I have worked hospo for 8 years so for those who have never worked hospo, Chefs can sometimes be angry, moody and generally pretty sexist.

My job entails making food and plating up and apparently listening to my head chef’s commentary as he reduces women who walk into the café, to parts of their bodies with his words. Nearly no young women is safe.  He graphically describes what he would like to do with her breasts, her ass… her legs. It is an ongoing commentary on lips, hips, boobs; body parts. It usually sounds like this, “look at her fucking ass, I’d own that,” “Fuck look at that one [referring to a woman who has just walked into the café] look at those legs, I bet they would look good in the air,” “look at those tits they are massive, I could motorboat the shit out of them”. I could go on but I think you get the point.

The other day my Head Chef told me he believes “rape happens so much in Australia [where I currently live] because of Multiculturalism… it is those Indian’s, those Muslims” said as if it was the absolute truth. You have to give it to the guy; he really knows how to simultaneously racially stigmatise two cultures while dribbling a sexist diatribe all at the same time.

There is irony to be found in what my Head Chef said in relation to blaming two cultures for the violence women face today. For example he, a white middle aged and middle-class man, (not Indian or Muslim) uses graphic sexually objectifying language to describe women. I doubt he views it in this way in fact he believes he is complimenting them and as women we should just be glad we got any attention at all, right? What he is really doing is using language that separates women from their whole being; their personalities and complex emotions as human beings and reduces them to separate body parts in a process of dehumanisation. Reinforcing a culture that values women for what they look like, not for their intelligence or what they achieve, a culture that teaches young girls the only currency of value they have are their bodies.

Just in case anyone is confused about what sexual objectification is or just have no idea what I am talking about, “[sexual objectification is] the viewing of people solely as de-personalised objects of desire instead of individuals with complex desires/plans of their own.” If you are still unsure, walk out of your house right now to the closest junction or street where billboards litter the sky to see just one example and admire the asses, legs and breasts separated from their bodies to sell you shit like cars, drinks and menswear.  To summarise, a “part” stands in for the “whole” [body].

Sometimes sexually objectifying material simply promotes violence against women, such as this Dolce and Gabbana ad campaign which could be interpreted as a gang rape about to happen.

Now I know what some of you are thinking, “but men are objectified in the media and in society to!” yes they are and it is NOT cool to objectify ANYONE. However overwhelmingly it is disproportionate to women as Laci Green, a blogger on sexuality states, “96% of all sexually objectifying images are of women’s bodies.”

When my Head Chef graphically describes what he would like to do with certain parts of a women’s body, he is feeding into a dominant media that writes a global cultural narrative that constantly dehumanises and sexually objectifies women.

One of the major problems with a media that sexual objectifications women, is it creates a dominant culture where rape and sexual assault is not taken seriously as Dr Caroline Heldmen expresses, “…sexually objectified women are dehumanized by others and seen as less competent and less worthy of empathy by both men and women.  Furthermore, exposure to images of sexually objectified women causes male viewers to be more tolerant of sexual harassment and rape myths.” Objectifying material helps to enable rape culture and allows people, like my Head Chef to think it is TOTALLY ok and normal to commentate and use sexual language in relation to a women’s body parts like it is somehow, his god given right too.
If we are dominated by a media that sexually objectifies women and shows them as something to be acted upon then it should not come as a shock that over 1 billion women on this planet today have survived rape and violence.

Recently, in New Zealand a case simular to the “Roast Busters” has been reported, two boys have been convicted for the rape of a young girl. As reported by the New Zealand Herald, the two boys raped an underage girl who could not give informed consent because she had been drinking (there was NO mention if the young men had been consuming alcohol, but there hardly ever is in relation to “alcohol related rapes”) after both boys were done taking turns raping her, other people at the party came in with their phones and videoed themselves touching her. Both the boys thought their actions were not rape because they were not violent towards the young girl. They could not grasp that rape in itself is violence no matter “how” you rape someone. As Dr McGregor said in the New Zealand Herald,

“Most men would be appalled at these sorts of attitudes and behaviour which show a total disrespect towards girls and women. But why do these young men have these misogynistic beliefs that girls are their playthings? And why did those boys come into the room with the cellphones, instead of … stopping what was going on? It’s a wider culture which makes them think these appalling attitudes are acceptable,”

Dr McGregor is right, most men would be appalled at this behaviour, and this article you are reading is not an attempt to humiliate men and young boys or tell them everything they are doing is wrong. I wrote it so more men and women question the unspoken beliefs around them – we need a strong counter-culture and to become architects of our own worlds; our own humanity. It is time to demolish archaic paradigms so we can build new ones which respect women, teach what sexual consent means and do not dehumanise women, globally.