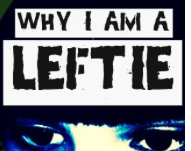 It seems that our Aussie cuzzies are taking matters in hand and implementing their own “Buy Local” policies. A few overly-zealous supermarket operators have even taken to removing New Zealand-made products from their shelves,

According to Tracy Watkins’ story in the Dominion Post, Key will raise the problem when he meets Australian PM, Tony Abbott in Sydney, later this week.

This is capitalism/free market/whatever at work. Supermarket owners can stock whatever goods they like. If an owner took it upon him/herself to stock goods only from Outer Mongolia – that’s his/her call in a free market.

In fact, like the Scottish Shop in Dunedin, some retailers are very specific in what they stock.

Food and Grocery council CEO,  Katherine Rich, complains that this policy “undermined the spirit of CER and risked a backlash in New Zealand as well”,

‘‘It’s an issue we’re watching closely because both major supermarkets, Coles and Woolworths, have come out with a very pro-Australia stance. There have been some high profile delistings of some New Zealand brands for no other reason than that they are not Australian.’’

Which is supremely ironic as Ms Rich was a one time member and National Party minister from 1999 to 2008.

So she should know how the free market, capitalist system works. It’s a bit too late in the day to start whinging that another nation’s private companies have adopted their own, specific retail policies.

After all, this is something the “invisible hand of the free market” will work out. According to neo-liberal dogma, if consumers want to purchase New Zealand goods, they will go elsewhere, to other retailers. Or buy via the internet. Or hop on a flight to do their grocery shopping here in New Zealand, at a Pak N Save.

That is how the Free Market works, right?

One option would be for the Government to lodge a formal objection but sources say the situation is complicated by the fact that CER is a government-to-government agreement, and it is not ‘‘straight forward’’ whether supermarkets are captured by that process.

After all, wouldn’t it be a form of “communism” to bind private companies to buy certain goods?!

On the other hand, free trade agreements such as the CER, or the China-NZ FTA, or the impending TPPA, do bind governments in the way they must  purchase goods and services.

A New Zealand government wanting to implement a procurement policy that favours locally produced goods and/or services would immediatly be sued by other nations or foreign corporations, via the World Trade Organisation. (In fact, New Zealand sued Australia at the WTO, over the latter’s refusal to allow New Zealand applies into that country. We won.)

So free trade agreements bind governments – but not private companies (those Kiwi apples can be exported to Australia – but no law can force an Aussie retailer or chain-stores to stock them).

This is something that New Zealanders might consider as the issue of the TPPA nears resolution; signatory governments – like our government – would be bound by a TPPA. But private companies would not (or only in peripheral ways) be bound.

As for Katherine Rich?

Tough luck, lady. This is the capitalist system at work.

Welcome to  the corporatisation of human civilisation.