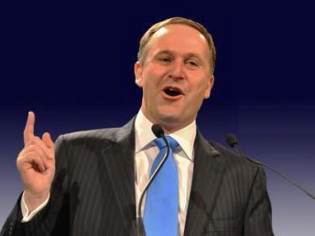 The latest TV3-ReidResearch poll confirms what many are beginning to accept as a growing reality; unless Labour (or the Greens) have a major stumble, there will be a change of government at the end of the year. The only caveat to this is the unpredictable Winston Peters.

Normally, I place little faith in polls other than the Roy Morgan poll (and of course, the only poll that counts: election day) because none of the other pollsters call cellphones. As the Census showed last year, only “85.5% of households had access to a landline telephone at home, down from 91.6% in 2006″.

That is quite a chunk of the electorate. Especially when indications are that this year’s election will be a close result between the Left and Right bloc.

Because Roy Morgan is the only polling company that (currently) calls cellphones as well as landlines, it is more accurate than companies that call only the latter.

What makes the TV3-Reid Research poll so interesting is that, this time, it seems to mirror the last Roy Morgan poll taken between 6 January  to 19 January, 2014.

In both polls, National is losing support, whilst Labour is gaining. (The Greens have lost support in one poll, but gained in another.)

Interestingly, both the Maori Party and Mana poll higher in the Roy Morgan poll. This is unsurprising as the constituents of both parties are more likely to rely solely on cellphone communications rather than landlines, and Roy Morgan is subsequently better placed to poll these voters.

As I wrote on 30 January, though NZ First polled at 4% in the Roy Morgan poll – just under the 5% threshold – this blogger believes Peters will pull his Party up, and return to Parliament. (The only qualifyer to this is if the public are sufficiently  spooked by Peters’ continuing refusal to indicate which Bloc he will support, post-election.)

The TV3 Reid Research poll seems to back this up, though it remains to be seen if this burst in support will be reflected in the next (more accurate) Roy Morgan polling.

Regardless, this blogger believes that NZ First will be returned to Parliament, with between 5% to 7% Party Vote.

National will continue to bleed support as Labour and the Greens present a credible alternative to National’s ad hoc spending decisions (giving money to billion dollar corporations whilst cutting back on public services).

Other factors that will impact on National’s poll rating,

In desperation, expect National to,

Barring any more major screw-ups by Labour (or by the Greens), we are on course (as this blogger has been predicting since 2011) for a change of government.

A personal note to David Cunliffe

Labour’s focus on the “Best Start” policy – whilst flawed at it’s release – was an excellent kick-off to the 2014 Election Campaign. In effect Labour and the Greens have set the agenda for this election.

The economy is no longer an election issue – things are bubbling along nicely, according to media reports.

The so-called economic “boom” will be to National’s undoing, as voters expect more to be spent on education, health, housing, and alleviating chronic child poverty. After six years of demanding “where is the money coming from”, National will find itself with a higher tax-take and then explaining why programmes such as universal food-in-schools is still “unaffordable”.

My strongest advice to David Cunliffe is to follow up on the focus on children. With child poverty a massive millstone around this nation’s collective neck, it is a growing social disaster from which we cannot escape unless addressed.

Please, Mr Cunliffe – announce to the Nation at the next appropriate policy release, that when you lead the next government later this year, that you will take on the role of Minister for Children.

Nothing will send a clearer message to the electorate that you are giving this matter the highest priority.

The Dim Post:  Brief thoughts on the TV3 poll

The Daily Blog: Brothers & Sisters of the left, there is no joy in TV3s latest poll