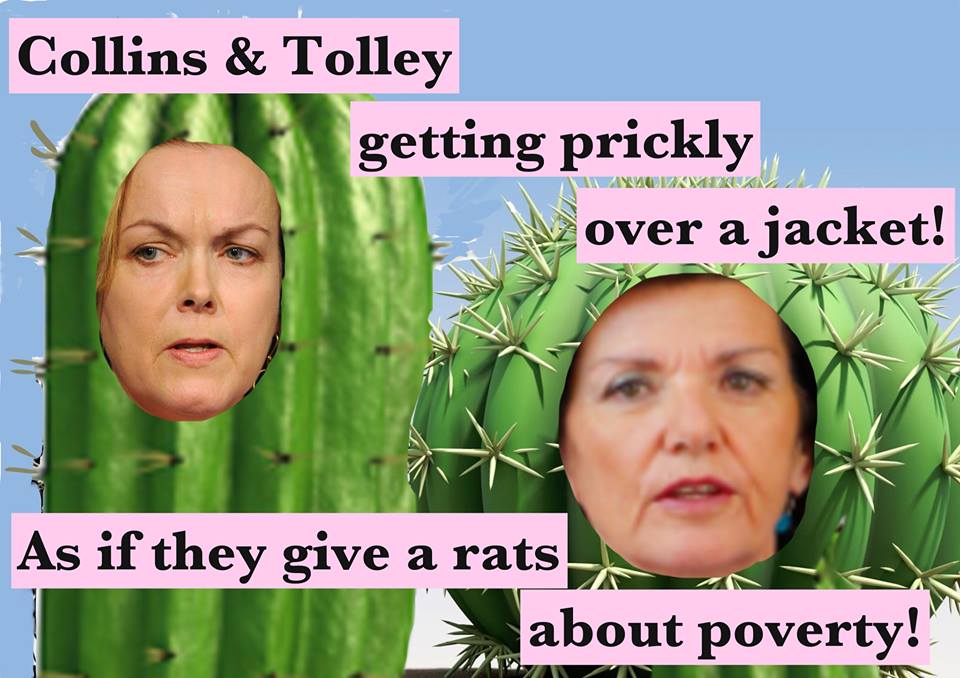 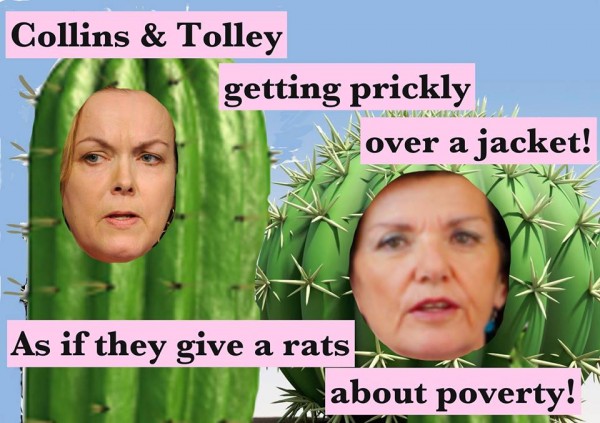 Parliament is becoming less a serious place of debate, and more an episode of Mean Girls with none of the humour.

How the hell what Metiria wears to work has any connection to her life long record to erode poverty and stand for social justice is something the National Party will have to try and explain.

It’s the spitefulness of Collins’ comments that are truly terrifying. Collins’ twitter feed is beneath the dignity of a Minister of the Crown, like her favourite attack dog, Cameron Slater, Judith seems to use social media to just spread hate…

Collins jumps in ‘racist’ clothes-fight
Justice Minister Judith Collins has stepped up the war of words with Green co-leader Metiria Turei, saying she dresses badly and is a “sensitive wee sausage”.

On Thursday Turei said National MPs were guilty of “pure racism” after Police Minister Anne Tolley called her a hypocrite for saying the Government was out of touch, while at the same time the Green co-leader wore expensive clothing.

…what we are increasingly seeing as a tactic from this Government is total avoidance of discussing inequality. We’ve seen it with the desire to suddenly start debating a new flag, we’ve seen it with the manufactured outrage over Cunliffe supposedly misleading the nation on Best Start and we are seeing it in this bullshit piece of nothing over the clothes Metiria wears.

The Government want to talk about every issue OTHER than inequality because they are frightened of having their self interested economic policies which enable the wealthy and those corporates who they are mates with being exposed for the social failure it really is.

The spitefulness with which Collins and Tolley has attacked Metiria is beneath the jobs they are employed for and it suggests that National MPs are more than happy to play to their supporters lesser angels in this years election. Expect National to flirt with white ignorant anger to win the debate this year.