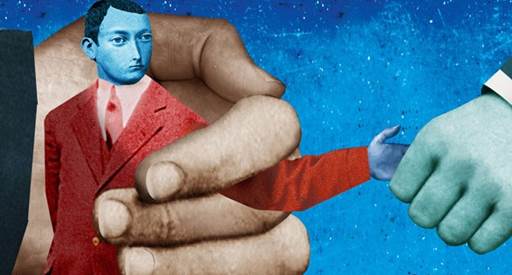 THE COMMITTEE FOR AUCKLAND http://www.committeeforauckland.co.nz/ is our largest city’s shadow government. It is composed of the representatives of 69 organisations, 11 individuals, and the Consuls of the United States, China and Australia. Dedicated to “making Auckland one of the world’s great places to live and work”, the CFA describes itself as “an independent, evidence based, thought leadership organisation promoting an innovative approach to a range of complex issues.”

Four times larger than Auckland’s official governing body, it is composed principally of business leaders, financiers, property investors and developers, university administrators, advertisers and public relations executives. Experts in the theory and practice of “enterprise architecture” and governance (some of them drawn from organisations and businesses ostensibly controlled by the citizens of Auckland) are also included in the CFA’s membership.

One does not simply walk into the CFA. Membership is by invitation only (although it is possible to purchase “associate” individual membership for $2,500). The principal purpose of the organisation, however, is not to attract wealthy individuals per se but to recruit the Chairs of Boards, Directors and Chief Executives of Auckland’s top-100 enterprises. Corporate members pay an annual fee of $10,000 – suggesting a budgetary target of approximately $1 million per annum.

Conspicuous by their absence from the membership of the CFA are Auckland’s trade unions, environmental organisations and community groups advocating for the poor and marginalised. Two notable exceptions are the Auckland City Mission and the Salvation Army. (It is to be hoped that Dianne Robertson and Major Campbell Roberts both bring extremely long spoons to CFA suppers!)

As the CFA itself says: “Our strength is built, not by the advocacy of an individual member or a particular point of view, but by the collective support of our members to advance Auckland as a dynamic and exciting place to live and work.” Or, as a slightly less enthusiastic observer might feel moved to remark: “the CFA is but a committee for managing the common affairs of the whole Auckland bourgeoisie.”

The enormous economic power wielded by the CFA’s membership combined with the vast reservoir of talent and expertise at its command gives it a de facto power of veto over Auckland Council policy. Any measure deemed harmful to the interests of the banks, large accounting firms, construction companies, large-scale investors and property developers who hold the ring for Auckland capitalism would instantly unite the CFA in fierce opposition.

The politician/s responsible for such an offending policy would not only have to contend with the professional counter-attacks facilitated by the CFA’s advertising and PR agency members, but also with the fact that the CFA has a number of Council Controlled Organisations CEOs in its membership. Assailed by the city’s most influential individuals and corporations; under fire from the CFA’s mouthpieces in the news media; the offending politician/s would have to be of Churchillian steadfastness to even continue the fight – let alone win it!

Far better for the aspiring politician/s to ingratiate themselves with the CFA. Attend its regular seminars; accept the invitations to its cocktail parties; read its policy papers; consult its visiting experts; get on side. The shrewd councillor/s would know they have little to fear by aligning themselves in this way. After all, the CFA is linked to just about every source of outside expert advice available to the Auckland Council. When disaster strikes, and an “independent” investigation becomes unavoidable, who ya gonna call?

The Mayor’s run off the rails? His extra-marital affair is all over the media? No worries. Simply commission a highly reputable firm to conduct an investigation into any possible breaches of the Council’s Code of Conduct. That the chosen firm might also be a corporate member of the CFA need not trouble the good citizens of Auckland. Haven’t they heard of Chinese Walls?

And if the investigation reveals that the Mayor and his wife benefited from the generosity of another prominent corporate member of the CFA? Well, so what? There’s nothing corrupt about “comping” hotel rooms – it’s simply good business.

‘Good business’ is certainly the name of the game. Making sure that business is good and stays good for its members is the CFA’s primary function. But the sort of executives whose pen portraits appear on the CFA’s website http://www.committeeforauckland.co.nz/membership/member-profiles  – all of them highly-skilled and highly-paid professionals – have neither the time nor the inclination to immerse themselves in the day-to-day grind of political representation and decision-making.

It was the CFA’s founders who could be found working quietly behind the scenes when Rodney Hide and the National-led Government were designing a governance structure for Greater Auckland. It’s leading lights made sure that, from the very start, business friendliness was embedded in the “super-city’s” institutional DNA.

This required the creation of representative bodies that were only nominally in control of the City. What Auckland’s business leaders needed, and what they got, was a governance structure that is (with the possible exception of the new ‘executive’ Mayoralty) politician-proof.

Bluntly-speaking, the CFA’s members’ time is just too valuable to waste sitting around the Council Table. Consequently, they need to be sure that the people who do end up sitting there are constitutionally precluded from making a nuisance of themselves. So far these expectations have been met. As the Ports of Auckland dispute proved, Auckland City’s governing body is simply incapable of committing itself to anything other than protecting the profits of the bosses.

Having achieved their primary goal, the CFA now sees its job as “igniting leadership and momentum” throughout the region. Sounds painful.

But who’s to stop them? The structurally powerless members of Auckland City’s “Governing Body”? Nope. The even more powerless members of its Local Boards? Hardly! What about whistle-blowers like the third-highest-polling Mayoral candidate of 2013, Penny Bright (to whom I am indebted for alerting me to the existence and influence of the CFA)? Sadly, the answer also seems to be ‘No’. Like the mythical Cassandra, the eccentric Ms Bright seems fated to be forever warning her fellow Aucklanders about elites bearing gifts – and not being believed.

And if one day Aucklanders did start paying attention to Penny? Well then the probability is high that Auckland City’s “Democracy Advisor” (also responsible for “Governance Support” and “Democracy Services”) would politely inform them that their request for speaking rights had been declined.