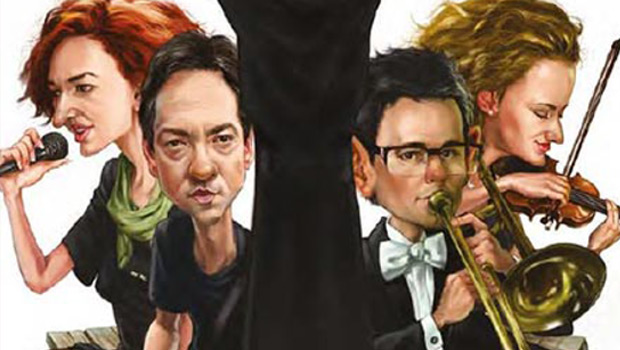 The angst and existential questing of Gen X is summed up with such a longing within the lyrics and tone of the album, that it became an immediate cult classic. Merging this rawness with the grandeur of a philharmonic orchestra was always going to make for pure bliss and last nights APO meets The Adults was one of those moments that deserves all the praise that can be mustered.

Jon Toogood was masterful, Shayne Carter was genius and Julia Deans projected complete confidence as they welcomed the mighty Ladi 6 and national treasure Anika Moa on stage for the brilliant ‘Nothing to Lose’ and ‘Please wake up’. The arrangements by the APO added the depth and drama of each song in a manner which respected the creativity of the originals.

It is endeavours like this that make the APO culturally relevant.

Once upon a time when we had a public broadcaster, this is the sort of concert that should have been recorded and played 9pm Sunday night on TV One. It is an eternal shame that this show won’t be seen on TV as it’s art like this that would help install the pride we’ve all felt with Lorde’s win.

We have incredible talent and performing art right here in our own country and we should be celebrating it with as much pride as our overseas successes.