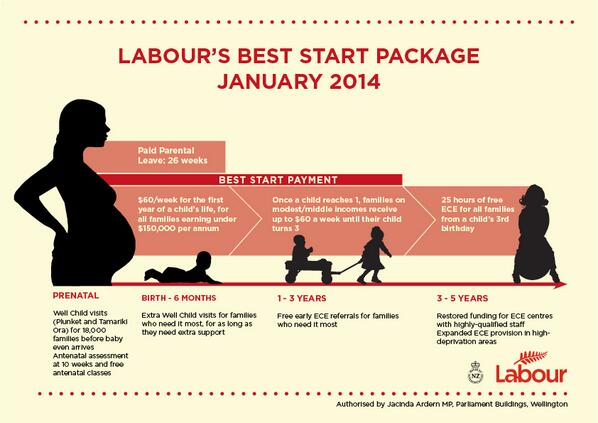 Labour’s new “Best Start” policy of an extra $60 a week would be a welcome reprieve for hungry families. Yet any real improvements for the 600,000 Kiwis living below the poverty line will mean getting rid of National’s welfare reforms.

I came across numerous beneficiaries suffering under National’s welfare cuts when I volunteered as a beneficiary advocate last year. One young man had his benefit reduced by 50 per cent for four weeks because he hadn’t shown up to one of the JobSeeker seminars. He actually arrived on time for the workshop, but was told the venue had changed when he arrived. An elderly Pacific Islander and recent migrant had her benefit cut after receiving letters in the mail she couldn’t understand. Another had her benefit cut because she waited for her late case manager for an hour and then had to go home before it was dark because she couldn’t afford a bus or train.

These horror stories are all too common. One aspect of Paula Bennett’s “pull-the-benefit” reforms is cutting or reducing them if strict conditions are not met. Conditions include being available for work preparation even if it means attending the same seminar five times and taking whatever job is going. A person who has their benefit cancelled is stood down for 13 weeks even if they re-comply with their obligations.

Between October 2010 and November 2012, a total of 16,063 parents and their kids were sanctioned. The benefit for a couple with one or more children is $341.60 per week. Sanctions on this family could mean losing half their income. What family can afford to meet their food, rent and other basic expenses on $170.80 a week? This leads to poor health, evictions and kids going to school hungry.

There is currently a trial underway to get sole parents and those with mental health issues off benefits. Specialist providers are paid up to $12,000 to get one person off a benefit and into work. Yet funding is not available to those with mental health issues to get the professional support they may need to get back into work. Training or up-skilling isn’t available either.

Where are these jobs providers will miraculously deliver? A Ministry of Social Development official told a radio host “I think the jobs are there”. Helpful. Even if there were jobs available, employers are unlikely to select someone who has severe mental health requirements, complicated childcare arrangements or drug and alcohol issues over thousands of qualified job-seekers desperately seeking work.

The $12,000 incentive will pressure people into accepting unsuitable jobs. The pressure for the provider to reach their targets will create an ‘any job is better than no job’ mentality . These will be the first jobs to go when the economy falls and these newly placed workers are back at square one.

Many middle and upper class New Zealanders have no idea of how awful and complicated the process of recieving a social welfare benefit can be. This means addressing beneficiaries’ concerns appears to be a no-go area for political parties wooing middle New Zealand.

The Best Start policy is just that – a start. On its own it doesn’t address the key reasons families remain in poverty: punitive and discriminatory welfare legislation. What we need to hear loud and clear from those wanting to be a part of the next Government is a commitment to tackling poverty and to dumping these welfare reforms.