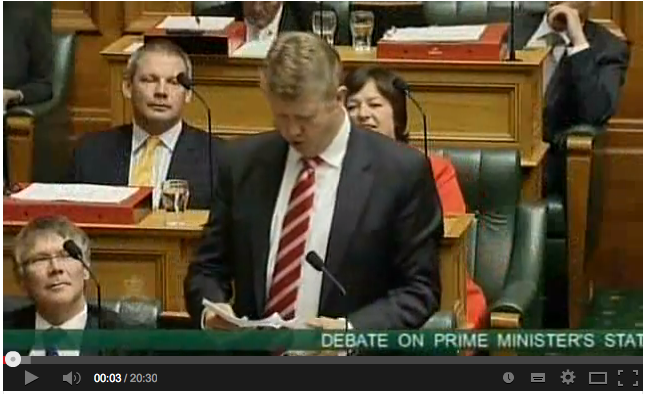 If Cunliffe pulls out the performance he made in Parliament yesterday during the election debates – Labour will win the 2014 election.

His performances won’t just bring those voters who didn’t bother to vote, it will take NZ First protest vote and some of the Green vote that left Labour. It will also pull some of that soft National vote.

Key dominated Goff in the 2011 election, his one liners and his relaxed demeanour showed up Goff’s stiff performance, but in Cunliffe the PM has an opponent that can win the debate. Key will be left with Crosby-Textor tactics of trying to switch on the anger in his rump voters to motivate them.

Expect to see whaleoil used mope and more for that type of vitriol.