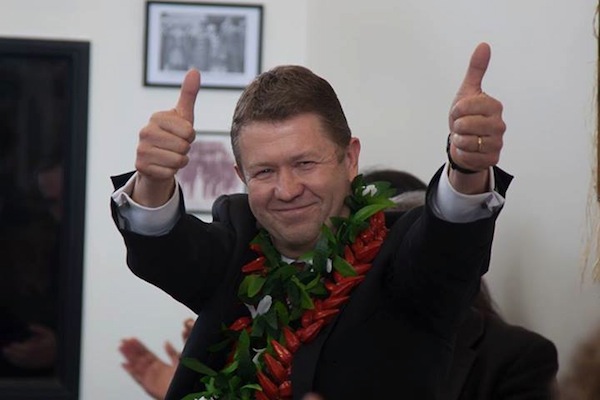 Politics is about winning. Nothing else. MPs can philosophise, criticise, pontificate, and machinate as much as they want in opposition and it doesn’t count for a thing.

Great minds like Parker, Cunliffe, King, Jones and Robertson have pretty much wasted nearly six years in a political vacuum unable to do a thing about the way this government has reshaped the social and economic environment.

State assets have been sold, inequality has risen, child poverty has been swept under the carpet and pretty much ignored while Wanganui Collegiate has been bailed out, tax cuts for the wealthy paid for through an increase in GST for all, workers have been stripped of their fundamental rights, the education system has been turned on its head to the detriment of the majority – and there is nothing Labour can do about any of it. Without victory this year, Labour will remain impotent for another three years at least.

So how to win? First of all David Cunliffe has to be allowed to follow his well-tuned political instincts that in the space of 6 months took him from banished backbencher to delivering the Leader’s speech at Labour’s annual conference.

Make no mistake; David Cunliffe is a very intelligent and politically savvy man. He knows he has to deliver come election time, as this may well be the one chance he gets. He also knows the enrolled non-vote hasn’t dropped below 500,000 since 1999 – and this includes 2005 when then-Party President Mike Williams ran a concerted ENV turnout strategy, and Don Brash promised a right wing agenda of the like not seen in this country for a generation.

Engaging with the ENV must be a priority, but it won’t alone turn the 2011 defeat into a 2014 victory. So while this will be one part of the campaign strategy, there has to be more. Labour must prove it is capable of governing; that it can provide a viable alternative which can deliver in a way the Nats can’t.

Conventional wisdom says parties don’t win elections; governments lose them. I don’t buy this. A poor opposition will never beat an average government, but an inspired and inspiring opposition can beat an average performing governing coalition. However, in a rising economy, with an experienced Prime Minister who I believe is the only politician who truly understands the power of PR and uses it better than any MP or PM I can recall, this will be difficult; but not impossible.

I expect a State of the Nation speech from Cunliffe which redefines the Labour message and brand; and one that offers solutions to the burning issues of inequality, child poverty, and jobs. A speech communicating a vision that can be built on over the coming months.

Note I have said Labour brand. I personally don’t give a damn about any other party’s message, policies or political posturing because I am not representing that party or their aspirations on the doorstep or the soapbox when I am campaigning. I know, you know, and the voters know that in an MMP world a major party cannot govern alone; that coalition partners are vital to forming a government. At this point in time that is not my concern. Of course, when appropriate, I will seek to differentiate Labour from this government, but I will also be working incredibly hard to get the Labour message out there, and I will be offering solutions and alternatives.

If asked, I will also inform people of the political realities of coalition agreements: the most important of which is the economic agenda of the majority party is the one that will be implemented. Ideas from coalition partners are, of course, considered, and if they fit into the wider philosophical framework of the majority party, they will be adopted, but if they don’t, then they won’t. David Parker (one of the brightest, well-read and politically astute politicians I have had the pleasure of working with) will be the Finance Minister if Labour forms a government.

Labour can lead the 2014 Government and David Cunliffe can be the Prime Minister, but we should be under no illusions at the enormity of the task. The first step along the journey to the 9th floor will be taken on Monday. Expect Cunliffe to stride out with confidence.