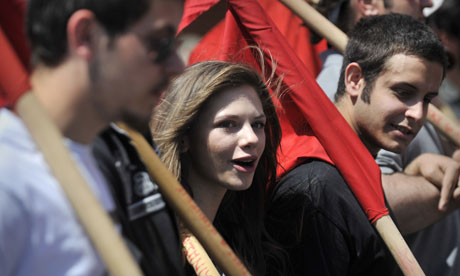 REPORTS OF THE LEFT’S DEMISE have been greatly exaggerated. The Italian socialist, Antonio Gramsci (1891-1937) may have prescribed “pessimism of the intellect”, but it is doubtful he would have found much to inspire “optimism of the will” in the voluminous literature of defeat that is fast becoming a thriving cottage industry among demoralised left-wing intellectuals.

Paul Buchanan’s “Nothing Left” (Kiwipolitico Blog, 20 January 2014) is the latest manifestation of this ideological malaise. Outraged by the willingness of some leftists to sup at the table of his satanic majesty, Kim Dotcom, Buchanan, in Olympian fury, has rained down upon their miscreant heads a storm of condemnatory thunderbolts.

“The association (supplication?) of these ‘progressives’ with a cowboy capitalist who has zero Marxist inclinations is a travesty if not treason to any working class cause […..] That some on the Left would countenance Dotcom as a tactical ally (in that his party is supposed to siphon young urban professional votes away from National) demonstrates how bereft of ideas, agenda and praxis they have become.”

Bereft? That rather depends upon your point of view.

Some might consider hurling insults at dedicated individuals and loftily dismissing the contributions of Labour, the Council of Trade Unions and the Greens (collectively, the decisive concentration of New Zealand’s progressive energy) as prima facie evidence of a mind as bereft of tactical common sense as it is of anything remotely resembling “ideas, agenda and praxis”.

Amongst all the stinging verbal pellets of Buchanan’s rhetorical shotgun blasts, one paragraph stands out as deserving of serious consideration:

“It would be useful then, for those of us who pontificate on such matters, to take stock of what it means to be a sincere and viable political Leftist in a country where the very mention of such a term elicits derision or disinterest on the part of the majority of those who should find socialism, or at least social democracy, to be the natural political choice.”

First of all let’s deal with the charge that progressive ideas elicit “derision or disinterest” from those for whom they should be “the natural political choice”. Not to put too fine a point upon it, this is bullshit. The Pundit blog’s Poll-of-Polls shows an extremely healthy 46 percent of voters expressing support for the Labour, Green and Mana parties. In a country that has been subjected to an unrelenting barrage of neoliberal propaganda for the best part of 30 years that is a heartening result.

Now Buchanan will object that because the policies of these parties in no way conform to anything remotely resembling “socialism, or at least social democracy” the fact that nearly half the electorate has made them their “natural political choice” means little or nothing.

But I am moved to wonder if Buchanan’s penchant for defining all but his own understanding of what it means to be “a sincere and viable political Leftist” as the province of “self-interested opportunists and vainglorious charlatans” isn’t proof that he has become a left-wing version of Don Quixote.

Like Cervantes’ hero, he finds himself stranded in a world that no longer conforms to his definition of reality. All his old enemies: the Argentinian Junta, Pinochet, Somoza, have passed into history – along with all but two of the regimes of “actually existing socialism”. The evil giants of his youth have shape-shifted into the windmills of a technological age in which socialism is no longer represented by the incorruptible virtues of Soviet propaganda posters, Maoist operettas and macho Guevarristas.

Even in the period of the Comintern’s greatest success, the agents of revolution were not above hob-nobbing with the Kim Dotcoms of their day. Clandestine shapers of mass opinion, like Lenin’s friend and comrade, Willi Munzenberg, understood the power of famous names to lead the masses in directions they might otherwise feel disinclined to travel. Throughout the 1920s and 30s communist agents like Munzenberg and his ally Otto Katz placed themselves at the cutting edge of film and radio, the new technologies of their day, to drive wedges into the ideological joinery of Capitalism. If there was political progress to be made, the Comintern was not too proud to get down and dirty with Hollywood moguls. They did not regard turning Capitalism’s new technologies against it as “treason” to the “working class cause” – quite the reverse!

Jamie Whyte, the man who would be the next leader of Act, told a gathering of British intellectuals  who had come together to hear a panel of political commentators debate the moot: “What’s Left Now?” that he could not understand the extraordinary pessimism of the Left. As far as he was concerned, his left-wing opponents had “won”. They had a welfare state, free trade unions, public health and education and progressive taxation. What more did they want!

In answering his own question he suggested that it was simply in the DNA of those on the Left to be always trying to improve things; always trying to make the world a better and fairer place.

That’s a pretty good definition of the left-winger’s political role (and in no way deficient for being simply put). In meeting the perennial challenges of inequality and social injustice we have no choice but to use the tools of our times – however imperfect they may be. It is important that we not allow ourselves to be side-tracked by crotchety counsellors of Marxist perfection.

Nor should we forget that Gramsci always paired his “pessimism of the intellect” with its powerful existential rejoinder “optimism of the will”.

We’re not beaten yet.