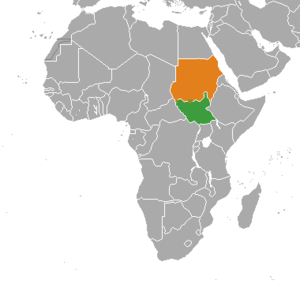 It’s been over a month now since internal conflict in South Sudan escalated into something approaching civil war. During that time, several thousand people have been killed and around 200,000 forced to flee their homes. The mainstream media has done a fair job of reporting the latest news on the crisis, but a lot of people are still confused as to what the conflict is all about. Hopefully, this post sheds some light on a complicated issue.

Should we be surprised by this crisis?
I’ve been surprised by the level of shock that the crisis has generated. The assumption appears to have been that having finally gained independence from Sudan, South Sudan would be at peace. Sadly, this was a totally unrealistic view.

Although brought together by a common enemy (the northern Sudan government), the people of South Sudan have never been truly united. There is huge ethnic diversity and historical inter-tribal grievances that run deep. I can vividly recall a conversation I had on this subject with a Southern rebel commander prior to independence. “We will wait and get rid of these Arabs”, he said, in reference to the Khartoum government, “then we will deal to our tall brothers”, referring to South Sudan’s dominant Dinka tribe. Even during the civil wars that preceded South Sudan’s independence, it is only a slight exaggeration to say that the South’s rebel army (the Sudan People’s Liberation Army or SPLA) spent more time fighting with itself than fighting the North.

That same divided rebel army has since become the ruling political party. Not only do the divisions remain, but the SPLA has never fully made the transition from a military to a civil role; its DNA is still to fight rather than to govern.

So, sadly, the current situation should come as no surprise. The euphoria generated by independence in 2011 was enough to hold things together for a while, but given the history and the current leadership, a descent into new conflict was almost inevitable.

Is this an ethnic or political conflict?
It is political in the sense that it involves a classic power struggle at the centre of government. Former Vice-President Riek Manchar has coveted South Sudan’s top job since the 1990s when he was a rival of former rebel leader, John Garang. His dismissal from South Sudan’s Cabinet by President Salva Kiir in July 2013 was widely interpreted as a bold power play by Kiir in pre-emption of any move Manchar might make for the Presidency. The current violence was sparked by claims by Kiir that Manchar had launched a coup d’état. The facts here are murky. But, whether this was the case or whether it was a trumped up claim, the fact remains that conflict was sparked by political rather than ethnic rivalry.

But, Kiir and Manchar are from different tribes and, as such, their respective power bases are divided along ethnic lines. Manchar’s Nuer tribesmen were easily enlisted to fight in the name of their man and to do battle with the old enemy (the Dinka tribe, to which Salva Kiir belongs) between whom grievances run back generations.

The current crisis is politically driven. But, the fact remains that South Sudan has a substantial inter-tribal problem; one which extends much wider than the Dinka-Nuer rivalry. The creation of an ethnically inclusive democratic government is South Sudan’s most urgent and greatest challenge; one which its leadership to date has done too little to address.

What is the international community doing to resolve this?
The usual players are busy trying to get the protagonists to talk instead of fight. This is, of course, important work. But, it is only effective if either party actually has an incentive to talk. Thus far, the parties have been talking and various preliminary agreements have been made. But, there appears little real enthusiasm for negotiations.

The truth is that it’s pretty difficult for the international community at large to do much about what is essentially an internal spat. America and Europe can threaten to withdraw aid money, but this would hurt humanitarian interests and jeopardise the kind of long-term development that may be the only way to provide sustainable solutions. If Western governments are to be criticised, it should be for not doing more to push South Sudan towards more responsible governance before this crisis erupted. China, because of its oil interests, probably has the most diplomatic weight and, indeed, most self-interest as it looks to protect its oil industry investments. Perhaps China may learn that it should take greater interest in the nation building of South Sudan, rather than the building of oil infrastructure. Then again, perhaps China will simply look elsewhere for its oil.

Other regional leaders may have more influence. Unfortunately, though, their involvement is not encouraging to date. Uganda’s President Yoweri Museveni has thrown his support firmly behind Kiir. By providing military support, he has not only seriously damaged the negotiating process, but may have given Kiir’s army the additional boost it needs to try and eliminate Manchar for good. This may permanently resolve his own personal spat with Manchar, but at tremendous human cost and by creating even greater divisions between South Sudan’s two largest tribes. It would be far better if Museveni withdrew his offer of military support and used what influence he has to persuade Kiir to compromise with Manchar, letting him back into the Cabinet if necessary.

Museveni, though, likes to think of himself as the top-dog in the region and is seizing the opportunity to become a regional power broker. There are also rumblings against him within the Uganda military, so he is more than happy to keep them preoccupied.

To the north, the Sudanese government is undoubtedly delighted at the instability created by the current situation. More than simply deflecting attention from the unresolved territorial issues along the border, it plays right into Sudan’s hands. What international stakeholder could credibly argue now that any of Sudan’s territories rightfully belong to the shambolic nation of South Sudan? In the interests of creating further disruption, Khartoum could throw covert support behind Manchar. The Sudanese have form here; in the 1990s when Manchar split from the Southern rebel army, he benefitted from a massive supply of arms from Khartoum and effectively defected to the North. Thankfully, there is little sign that this will happen this time around.

What do the protagonists hope to get out of this?
If Manchar’s goal was to seize power, then his moment of opportunity has surely now passed. The consensus of commentators is that his goal now is to control as much territory as possible (including key oil producing areas), which would enhance his power in any peace negotiations that are to follow. It’s not clear, though, just what Manchar would be negotiating for? Does he want the Vice-Presidency back? Does he want ongoing control of Jonglei state, which his forces currently control? Neither of these scenarios seems likely. I suspect that with his ill-conceived plan of seizing power having backfired, he is simply now on the run and taking things one move at a time.

Kiir’s motives, on the other hand, seem clearer. He wants to destroy Manchar and Manchar’s rebellion has given him at least a thin veil of justification to do so. The question is, does he have the resources to fulfil this objective and what cost to his infant country is he willing to pay?