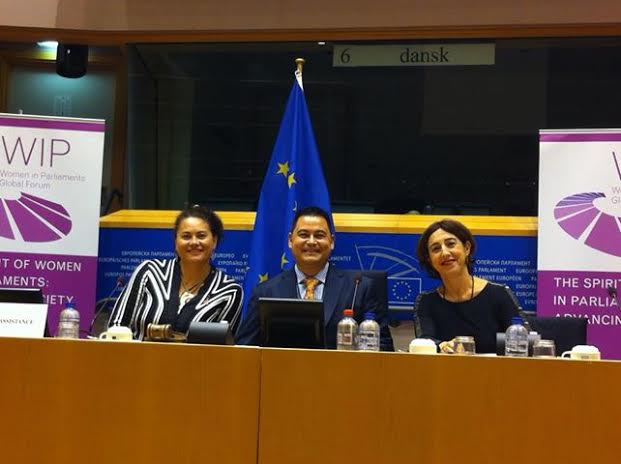 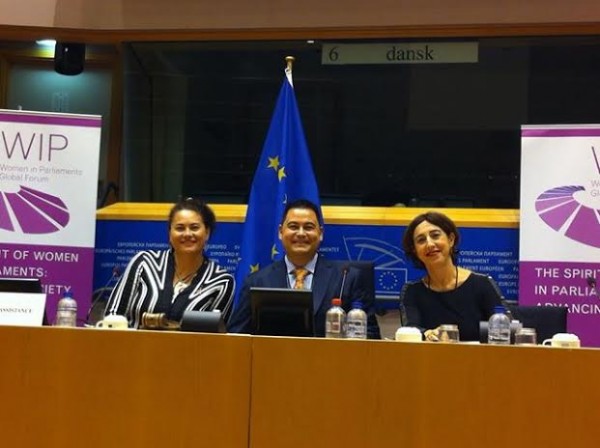 Late last year, over 300 women MPs from around the world met at the European Parliament in Brussels for the Women in Parliaments Global Forum Summit.  Along with former MEP Begona Lasagabaster – now head of governance at UN Women – I convened a panel on women’s parliamentary representation entitled “Beyond the Numbers”.  The promoter of New Zealand’s marriage equality law, Louisa Wall, was one of the 3 women MP panelists.  The purpose of the session was to promote a discussion on the barriers that exist to women’s political participation, and mechanisms to overcome them.

Why is the UN Development Programme interested in encouraging more women to be active in politics, and then trying to ensure that they can participate effectively in public life?  Simple: the evidence shows that sustainable human development – whether reducing child and maternal mortality; improving access to education for women and girls; combatting HIV, TB, malaria and other diseases; or improving the environment – works much better in societies that are more equal.

Last year, a milestone was reached in women’s participation in parliaments, with one in five MPs in the world now being women.  But gender equality in politics is still a distant reality in most countries.  Progress toward achieving even the minimum target of 30% representation of women in national parliaments, regarded as a ‘critical mass’ level of representation, has been slow.  As of November 1, 2013, the worldwide average is only 21.3%.  And regional differences are wide – women’s parliamentary presence in Pacific states is the lowest in the world, at an average of only 15.9%.

The discussion in Brussels reflected on a number of factors contributing to why women are still politically under-represented, and why many still face obstacles in entering and advancing in public life.  Economic dependence; a lack of access to economic resources and employment; abuse of religious and traditional practices; patriarchal societal structures; prejudice and cultural stereotypes; limited educational opportunities; a lack of adequate funds and resources to run as candidates; violence in politics; and discriminatory institutional, political, legislative and electoral frameworks that have discouraged and disadvantaged women – all of these came up in the experience-sharing part of the panel discussion.

The forum also discussed some of the constitutional and parliamentary mechanisms that have helped in a range of countries to address these barriers.  Most fundamentally, political rights and civil liberties for women embodied in national constitutional documents establish the broadest context for political gender equality.   This is especially true of voting rights, the right to hold public office, and the right to exercise public functions, removing any residual forms of sex discrimination or limits to equal citizenship.  Gender equality legislation can provide an important basis for promoting women’s political rights.  It should embrace election, campaign finance, and political party laws.

Elected bodies should also review their internal procedures to ensure inclusion of gender-sensitive policies, rules and code of conduct, structures and working methods and conditions, including consideration of parliamentary sitting hours and the provision of childcare and maternal facilities within parliaments.  Parliaments can also ensure that new women members have equal access to capacity development through induction programs and training on parliamentary rules, legislative drafting skills, and debating procedures.  Parliaments can harmonize national laws in accordance with international standards promoting and advancing gender equality, including in the area of politics, for example the Convention on the Elimination of Discrimination against Women.  Gender equality commissions and women cross-party caucuses in parliament have often helped to promote gender equality.  Not only can they have an impact on public policies that effectively respond to women demands and interests, but they also have an effect on the consolidation and progress of women’s political leadership.  Finally, temporary special measures – such as quotas – are often instrumental in promoting women’s political participation.

The UN system is committed to making gender equality a reality in democratic processes.  Right now, 39 of UNDP’s 68 parliamentary strengthening projects specifically promote women’s empowerment.  These include candidate training, induction and mentoring programmes; and awareness campaigns to counter gender stereotyping of candidates, and are being implemented on every continent.  Some examples from the past year include:

In the Solomon Islands, we organised mock parliamentary debate to celebrate International Women’s Day this year, leading to the formation of a working group to make recommendations for legislation to create reserved seats for women.

In Papua New Guinea, we supported training for 60 women candidates prior to the most recent general elections.

In Argentina, we helped develop a Toolkit for legislators on gender mainstreaming.

In Nigeria, we are supporting the development of the National Assembly Gender Technical Unit.

In Bosnia and Herzegovina, we assisted members of the Committee for Gender Equality to come to an in-depth awareness of relevant international obligations and national frameworks for the promotion of women’s political participation.

In Iraq, we provided training to the Women’s Committee within the Iraqi Council of Representatives on law-drafting and legal reviews.

In Pakistan, we supported the establishment of a Women’s Caucus which has become a powerful platform that cuts across party lines, allowing consensus-building around priority issues concerning women, and ensuring that gender concerns are addressed through legislation, policies and programs.

In Libya, we facilitated intensive workshops for 180 women candidates who were trained in media skills and electoral campaign management in advance of the General National Congress elections; eight of these women are currently elected members to the National Congress.

Similar work is being conducted in Tunisia ahead of expected elections there next year.

In Lebanon, we funded a gender legal review of all current Lebanese legislation that produced a list of new laws to be drafted or current laws to be amended for the promotion of gender equality.

In Jordan, we supported the finalization of a Gender Strategy for the Independent Electoral Commission.  We are also working with political parties to develop a common Gender Strategy to ensure the parties are actively creating opportunities and space for women to participate and get nominated to Executive positions and for elections.

In addition to this work being implemented by UNDP Country Offices, we are cooperating with partners to host two global online knowledge platforms – AGORA – the portal on parliamentary development, and the International Knowledge Network on Women in Politics (iKNOW Politics).  We welcome participation via AGORA and iKNOW Politics from all who share the objective of empowering women politically, and increasing the percentage of women legislators globally.  Please log on and check them out.