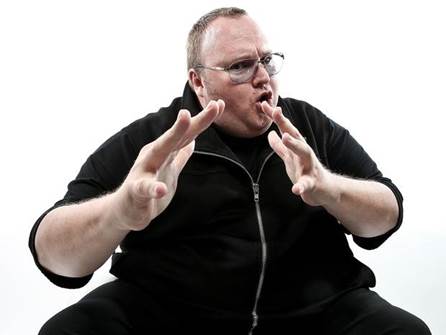 As [Labour Prime Minister, Michael Joseph] Savage progressed around the country it became clear that something extraordinary had been unleashed in the usually staid New Zealand voter. In town after town, huge crowds gathered to meet the Labour Prime Minister. Halls overflowed. Stadiums were hired. Stadiums overflowed. [New Zealand historian, Barry] Gustafson records that “Savage’s speeches to crowds of up to 30,000 were among the most moving and inspiring in a New Zealand election campaign.”

FEW, IF ANY of those attending Kim Dotcom’s “Party Party” at Auckland’s Vector Arena on Monday, 20 January 2014, will be unaware that they are participating in a major political event. As far back as September, Dotcom was telling his Twitter followers that a political party was in the offing and yesterday he tweeted its name – “The Internet Party” – and promised “to make politics interesting.” The larger than life German Internet entrepreneur went on to say that his new party would aim to “activate non-voters, the youth, the Internet electorate.”

The Vector Arena seats 15,000 people and as of this morning (15/1/14) 15,000 people had registered their interest in attending. That is a huge audience for a political message. You have to go back a very long way indeed to find a political event of remotely comparable size. Nearly forty years ago, in 1975, the National Party Leader of the Opposition, Rob Muldoon, attracted 6,000 supporters to a rally in the Wiri Wool Store, but, as the above quotation makes clear, you have to travel back in time to the General Election of 1938 to find political audiences in the five figure range.

And to those who say: “Oh, it’s all just the usual Dotcom razzamatazz, there’s no substance there.” Just take a look at Italy, where Silvio Berlusconi and Beppe Grillo have been turning razzamatazz into votes for the best part of two decades.

Forza Italia! and Grillo’s Five Star Movement are not electoral parties in the traditional sense, rather they are opportunities for political excitement, for the sort of emotional release that being a part of a huge and enthusiastic audience makes possible. Don’t think political meeting – think rock concert or religious revival.

If Dotcom has been studying the Italian examples, especially Grillo’s Five Star Movement (which won 25 percent of the popular vote in last year’s Italian general election) then he will understand that the fuel which fires such electoral phenomena is the disillusionment – bordering on hatred – which voters (especially young voters) feel towards the political class.

These professional politicians, who seem to speak a language and act in accordance with a belief system which is quite foreign to ordinary people, remain coldly unmoved by the demands of democratic majorities. They may be members of different political parties, but the policies which they espouse are almost all variations on the same neoliberal and profoundly undemocratic themes.

Frighteningly homogeneous, the political class never saw a Budget that couldn’t be improved by slashing social spending, or a Statute Book that could not be stiffened with a few more curbs on personal liberty and a host of new surveillance powers for the State. (All in the name of “National Security” of course!)

The other feature of Berlusconi’s and Grillo’s reconfiguration of Italian electoral politics is the way in which they were able to bypass the political class’s mainstream media allies and enablers. Berlusconi was able to do this by virtue of the fact that he personally owned most of Italy’s broadcasting networks; Grillo by using his extraordinarily influential blog, beppegrillo.it (according to Technorati one of the top 10 blogs in the world). With these personalised communications vehicles at their command both men were able to simply go over or around the normal journalistic gatekeepers and opinion-shapers and speak directly to their followers. The resulting impression that there was something transgressive about the bonds forged between these rogue politicians and their disaffected viewers/readers only made their messages more powerful.

If Dotcom is able to combine these three elements: popular mistrust of the political class; an unmediated means of communicating with the masses; and carefully staged opportunities for cathartic political release; then he has every chance of polling well above the 5 percent MMP threshold. Indeed, given the huge number of politically disengaged citizens (many, if not most of them, young) Dotcom’s Internet Party could end up (if I may borrow Fairfax journalist, Vernon Small’s, metaphor) throwing a huge spanner in the works of the 2014 General Election.

If I was John Key, I’d be doing everything I could to speed up Dotcom’s extradition – while I still had the power to do so.