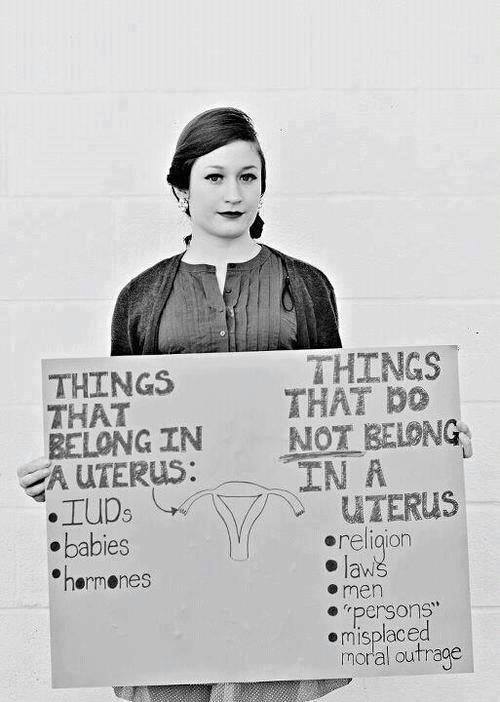 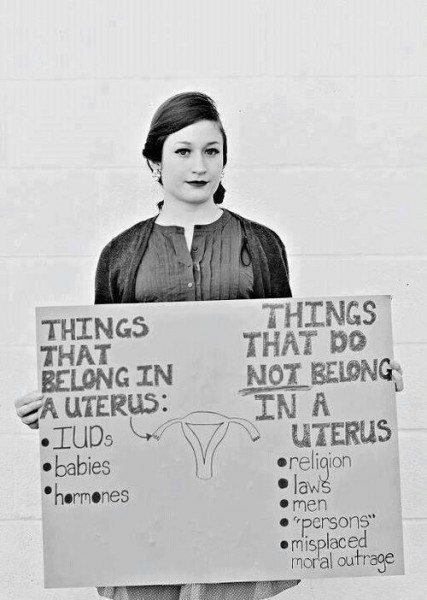 You’re a 16 year old girl living in Dunedin. You’ve just found out that you’re pregnant. You’re lonely, afraid, and you want to talk to someone neutral about what options you have. You do a quick Google search, and find this website.

“Do you just want someone caring and understanding to talk to about your situation? At Family Life Crisis Pregnancy Centre our caring team can help and support you. Our help is provided free of charge and with no strings attached. We can offer you information about your options including abortion, parenting and adoption.”

The information on the website on abortion completely freaks you out. You’ve got a few friends that have had an abortion, and they are perfectly fine, but this site tells you that if you go through with it all kinds of bad things will happen to you.
The seemingly lovely lady on the other end of the phone sounds very helpful, and she asks that before you make a decision, you go and visit the “John Paul II Centre for Life” in Dunedin. Worried, confused, desperate, you make an appointment to go see them.

The John Paul II Centre for Life in Dunedin opened last year. These centres are run by the Catholic Church under the ‘Family Life International’ banner. They say that their ‘non-judgemental service came from a desire to have a physical place where women and girls facing an unplanned pregnancy could come for practical assistance and be given accurate information on all her options – adoption, parenting and abortion’.

They supplied so much judgemental, false and biased information that I’d be here for years talking about it – so I’ll stick to the two that really stuck out for me.

First, there is the way out of date and commonly used scare tactic pamphlet – “Never to Live, Laugh or Love”. It’s a made in the USA pamphlet detailing with extremely emotive and threatening language and graphic images what they think abortion is, including for maximum effect full term ‘abortions’ (with pic), and other practices either no longer used, or used EXTREMELY rarely.

Here’s some of the manipulative tactics from this pamphlet:

“Often another drug which kills the baby is first administered, but live births are also common; the baby is then put aside to die.”

Not correct. An ultrasound is performed before the procedure, making sure the fetus has no heartbeat. And in NZ, late 2nd and 3rd trimester abortions are very rare, and only done as a life-saving measure, or due to extreme fetal abnormalities that will not survive birth.

Full term abortions: “As in a Cesarean section, the abdomen is cut open and the child is lifted out while she moves, squirms, fights to breathe, and sometimes cries. While her heart is beating, she is left to die.” (Complete with a pic of a stillborn baby lying on a bench).

“The abortion pill is administered with other drugs within the first weeks of pregnancy, causing the traumatic delivery of a dead baby.”

This pill can only be used in the very early weeks. It is not normally traumatic – more like a heavy period, and they will hardly deliver a ‘dead baby’ – the fetus is hardly formed and barely visible, if at all.

Nope. Decomposing human tissue is considered bio-hazardous and is disposed of straight away – usually by incineration. This is a particularly epic anti-abortion myth based on a few research projects over 30 years ago. It does not happen here.

“The right to a woman’s body does not include the right to destroy the body and life of her baby. The baby has his own rights to live.”

Anti-abortionists may believe this morally, but that is not the law. Personal beliefs have no bearing on what is legal and what is not. Telling this to someone vulnerable or young makes them think they are breaking the law to decide on abortion, when they are fully entitled to one legally.

“Pregnancy as a result of rape is extremely rare….the unborn child is innocent. Adding violence to violence is not a solution for either the (rape victim) mother or child.”

As we know, rape reporting rates in NZ (and the USA!) are incredibly low. This means that many women will not officially disclose the reasons they are seeking an abortion. Also, in NZ, rape is not a legal ground for abortion, which is incredibly unfair. There is no way that any woman deserves 9 months of carrying their rapists baby, nor look them in the eye and try to love them, when they know in their hearts they just can’t do that. Some women can, but I don’t have a speck of judgement for those who can’t.

“It has been proven repeatedly that child abuse has increased since abortion-on-demand became available…. the plain fact is: Abortion, which kills nearly 2 million babies a year, is the ultimate child abuse.”

Mmmm no – reporting rates of child abuse have increased steadily since then. There is no co-relation between increasing rates of abuse reporting and legalising abortion. Also, the pressures of raising unexpected and unaffordable children in fact put them at higher risk of abuse and/or witnessing violence.

There is apparently a ‘forceful movement to legalise assisted suicide and euthanasia to rid itself of the elderly, as well as ill and disabled persons’.

What? Who? Where? Where is this ‘forceful movement’ hiding out? Nobody wants ‘rid’ of the elderly or disabled. This is a blatant anti-choice tactic to try and turn those trying to provide individuals with options regarding life and death – with the sole intention of easing pain and suffering – into a bunch of monsters. There is no great conspiracy to dispose of as many humans as possible. It doesn’t exist.

“Avoid the severe and long-lasting emotional scars that will surely result from killing your own baby by abortion.”

The only thing causing emotional scarring is information like this, guilt tripping women into hating themselves for making the right decision for them and their families.

This pamphlet also makes pregnant women and Kiwis assume that ‘abortion is legal for any reason during all stages of pregnancy’. Not true. Abortion is a criminal act in NZ unless it meets very narrow and strict criteria, and is very rarely performed after 16 weeks. It continues to amaze me how many ordinary Kiwi’s think abortion is legal, so effective are the myths spread by anti-choicers through information like this.

Then there was the ‘Teen Abortions Risks Fact Sheet’.

It lists a litany of terrible things that will apparently happen to our 16 year old pregnant girl if she has an abortion. If she has one, she is apparently

Sheesh. It’s a wonder 25% of NZ women aren’t in mental institutions, or dead!!!

The one that really makes me sick is the breast cancer claim. How dare they try and convince girls that they will die of cancer if they have an abortion. That just blows my mind. There is absolutely no proof of this whatsoever. It is an utterly evil piece of manipulation.

All of these claims come with citations in an effort to legitimise their nonsense. But if you dig a little deeper into these citations, they either come from the 70’s and 80’s, from journals of dubious reputation, from research commissioned by anti-choicers, or cherry picked and twisted from legitimate studies. As my psychology lecturer always reminded us – you can prove anything with statistics. ALRANZ has a FAQ page on their website where they debunk these anti-choice myths, I highly recommend it.

The core of the issue I’m trying to get to here – is one of ethics, of honesty, of agendas, and what kind of care you would want you, or your daughters to have – whether you agree with abortion or not.

If you need to make any difficult decision, whether it be an abortion, any other medical procedure, a major life change, a legal issue – you want to, and have the right to be given – accurate, truthful, neutral, balanced and evidence-based information to come to the right decision. These services are not offering that. They should not exist.

As a counselling service, these organisations should fall under the oversight of the Health and Disability Commission. It would be awesome to see the HDC or other regulatory body start an inquiry into these organisations. They are clearly using entrapment and false information to unduly influence a vulnerable person’s decision-making processes.

I actually wouldn’t have a problem if a service started up which offered assistance for those not seeking an abortion. I don’t think I’d even have a problem with a religious-based organisation that provided accurate, proven FACTS on abortion, but still preferred the other two options. My problem is the hook-in, the lies and the agenda. It is very revealing, when you think about it, that these centres have to rely on promoting a litany of myths to win, when they could just distribute factual information, plus provide practical assistance. It smashes the illusion that they care about women and helping them know all the facts, and shows the picture underneath – win the war at any cost – no matter how much it hurts and harms the people affected.
That’s not what Jesus would do, that’s not what our daughters and partners deserve, and it’s not what we should put up with in our country.