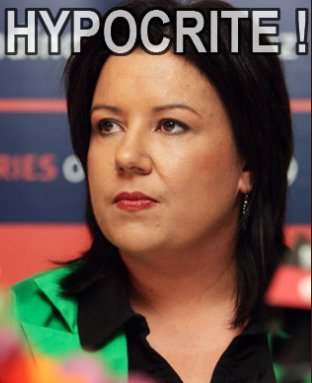 Remember last year when Social Development Minister Paula Bennett said the government needed to get tough on beneficiaries because many were on drugs and unemployable?

National Party members applauded vigorously as Bennett described how from July 2013 beneficiaries would be subject to drug testing and if they failed they risked losing part or all of their benefit.

Bennett’s subtext was all too clear. Beneficiaries were not to be trusted – they were greedy, grasping druggies and she was going to get tough and crack down on their wayward pleasures.

It was the National government’s polite way of reinforcing the “feral” claims of the excitable, malicious Michael Laws who must surely double his blood pressure pills before writing his filthy diatribes on beneficiaries. Like Laws, National knows the public need scapegoats for social problems and who better to bash than beneficiaries.

So after six months how has Bennett’s drug-testing of beneficiaries worked out? Badly. Her druggie claims have been shown to be pure bullshit. The New Zealand Herald yesterday reported that “of the 8,001 beneficiaries sent for jobs requiring drug testing, only 22 tested positive to drug use or refused to take tests.”

I’m willing to wager that drug testing National Party members and MPs for “P” use, marijuana or alcohol addiction would produce a much higher percentage.

Bennett should be delivering an apology to beneficiaries for her nasty “druggie” smear but instead reinforces ignorant prejudice by claiming a victory because her drug-testing regime has driven beneficiaries away from drugs. Even the Herald acknowledges she has not a shred of evidence to make such a vindictive, spiteful claim.

Finding vulnerable scapegoats unable to fight back has always been a vote winner for National and in this role Bennett has been described as a great asset to the party. This was confirmed late last year when she claimed and was given the right to stand for National in the new North Harbour electorate ahead of a much-touted deal with the Conservative Party’s Colin Craig.

With her working-class, solo mother background Bennett is a convert to the ruling elite and like most converts she is more rabid against the poor than those born into a life of natural entitlement.

In striving to prove her credentials to her National colleagues she is harsher on the community she left than others would dare to be.

Bennett, John Banks and John Key are our most obvious politician converts to corporate capitalism from benefit-dependent homes and each has demonised those from whose ranks they were born.

Other National MPs such as Sam Lotu-Iiga and Alfred Ngaro are in a similar position and never miss the chance to blame the poor for their circumstances in much stronger terms than those like Bill English or Tony Ryall who were born into the ruling class.

Back to Bennett. On the vile scale I’d put her at nine. Am I being too harsh?