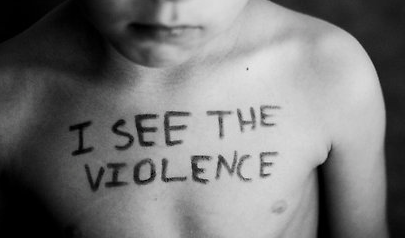 A key issue in 2013 was the “Roast Busters” scandal.  This disgrace revealed layers and layers of misogyny.

Well, I’ve just watched something that should be compulsory viewing for everyone, but particularly for members of my gender.  Some of you will have already seen it – it’s been around for a while – but I saw it for the first time this week after an awesome friend put me on to it.  Watching it, I felt like it was all about “Roast Busters” and the inadequate response of men in 2013 (and prior, of course).

“It” is an amazing video featuring Jackson Katz, PhD.  He’s speaking at a TEDx conference about how gender violence is a men’s issue.  Here are a couple of his early points:

This last point he illustrates both beautifully and chillingly using an exercise created by Julia Penelope, a feminist linguist.  I imagine that this will be familiar to some readers already – I found it very compelling.  The exercise shows how language can determine discourse.  How quickly it is that violence is the fault of the victim, and, in particular, how the focus on violence shifts away from men, as the perpetrators.

“Mary was beaten by John” – technically the same information in the sentence, but using the passive voice (passive voice implying a sense of being acted upon, a sense of helplessness, perhaps?) and the focus has now shifted to Mary with John “almost off the end of our psychic plane”.  Next:

“Mary was beaten” – John has dropped off altogether now.  The next sentence he writes reflects a further change in the discourse informed by how the conversation has been framed in the domestic violence context, again implying a passive sense:

“Mary was battered”  – where finally the sentence becomes:

“Mary is a battered woman” – back to the active voice, carrying with it a sense of possession, of owning the descriptor.  Mary’s identity now, in the discourse, is that of a battered woman.  The focus is on her, and she owns the problem – maybe, even, the problem is her fault to begin with.  John, meanwhile, left the conversation a long time ago.

Personally, I think this exercise should be in the Radio Live staff employment handbook.

Really, though, it needs to be in everyone’s handbook.  The rush to victim blame in this country, and internationally, is all too present.  As Katz explains, though, asking questions about Mary will take us nowhere in resolving questions of violence.  We need to talk about John.

But, it’s not just about John.  It’s about us.  How do we, as a society, produce men who are violent?  What is in our structures and institutions that results in men and violence?  Katz asks these questions and more, speaking with a contagious passion.

Katz also discusses what he calls the “Bystander Approach”: “A bystander is defined as anyone who is not a victim or a perpetrator”.  He talks of tools and how men can change the discourse.  Of how important it is to challenge the discourse in social settings – if you don’t, you become complicit in compounding and entrenching the discourse.

He uses the example of a poker game – men joking around, with no women present.  One of men says something sexist, maybe in an off-hand way.  Under this approach, the bystander speaks up: “hey, can we talk about something else – that’s offensive, it could be my wife or sister that you’re talking about.”  Creating, what he calls, a “peer culture climate” where the abuse will be unacceptable – a cumulative consciousness leading to social change.

There is a lot more that Katz says.  So, watch the video.  Do it.  Share it with your whanau, friends and work colleagues.  Take up the bystander approach.  Men in positions of power – take up Katz’s challenge: become real leaders, not just nominal ones.  This country needs to be one based on compassion for each other as members of society and creating space for the lives of everyone – the male dominated discourse and thought isn’t working: we need a discourse that is both honest and genuinely representative of who we are.

Again, best wishes for the new year.  Let’s hope that 2014 is both peaceful and transformative, in equal measure…