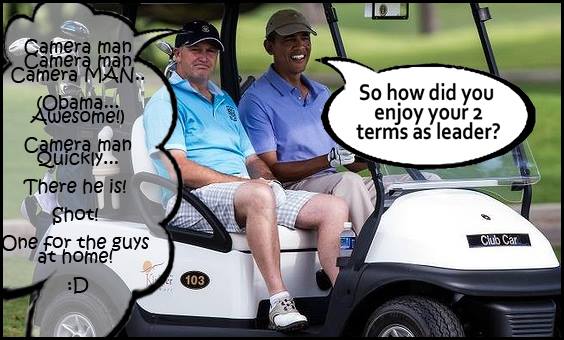 Ah, those lazy, hazy, crazy days of summer! The holiday hiatus is a time for rest and relaxation, a time to recharge and reflect.

The pundits have published their reviews of 2013: the winners and losers, saints and sinners, snakes and ladders.Most agree that Len Brown, John Banks and Peter Dunne had less-than-stellar years. Colin Craig emerged from the (some say lunatic) fringe as a potential political mover and shaker. Simon Bridges rabidly fanatical performance on Campbell Live in defence of Big Oil  shed much heat but little light on an important environmental issue,winning him a dubious place in the annals of TV interviews. David Cunniliffe replaced David Shearer, giving the Opposition a credible, coherent voice and at least a shot at winning the 2014 Election. Assets were sold and we’re not much richer ( if not actually poorer). GCSB Bills were passed and we’re (so far) none the wiser. The Marriage Equality Bill easily passed into law, proving that New Zealand can still at times hold its political head high. At the same time, the Sky City Convention Centre Bill passed into law by the hairiest of margins, proving that we still have cause to hang our  political head in shame.

By way of preview, aside from an election,  we have much to look forward to this year, including John Banks’ and Kim Dotcom’s respective court appearances, more leaks from Edward Snowden regarding New Zealand’s role in international surveillance and, somewhat controversially, a royal tour. As Fran O’Sullivan opines in the NZ Herald, the PM ” is good at managing circuses. His Government brilliantly leveraged the Rugby World Cup in 2011. Key will also leverage the visit by the Duke and Duchess of Cambridge (and Prince George). It won’t be the only star turn before the election (which is expected to be early).”

In 2014, the Government is scheduled to post its first surplus, all $86m of it, and will certainly seek to run on its oversight of what HSBC chief economist Paul Bloxham  describes  as the “rock star economy among the OECD”. In the NZ Herald, Bernard Hickey reports that the new year “is shaping up as a stellar one for growth. ANZ’s survey this week showed businesses are the most confident they’ve been since 1994 when the economy was growing at an annual rate of 7 per cent. ANZ’s composite indicator of business and consumer confidence suggested our economy could be growing by 5 per cent by the middle of next year. Wholesale milk powder prices are up more than 50 per cent this year and Fonterra has forecast production will rise 6.4 per cent this season. Our Terms of Trade, which measures the power of our exports to buy imports, are the best they’ve been since 1974. The $40 billion rebuild in Canterbury is cranking into gear and Auckland house building is also starting to wind up. Home owners feel about $65 billion richer than they did last Christmas because their house values are up 10 per cent. The ANZ business confidence survey showed businesses are keener to employ people than they’ve been since 1994. After nearly six grinding years of stop-start recession and timid growth the economy seems set to finally take off.” All good then.

Not so fast. Things aren’t quite as rosy as they might seem. Hickey goes on to say “we appear rich and happy again, largely because we have become reliant on the export of one product to one country. This week’s GDP and trade figures showed milk powder exports to China have been the driving force behind economic growth surging to its best level in three years. China is now our largest export market and trading partner ahead of Australia. Although we are not as reliant now on China as we were on Britain in 1974, the indirect reliance is almost as large because our second-largest trading partner, Australia, is also reliant on China.”

Given that all our economic eggs are in one Chinese dairy basket, Fonterra’s fake botulism scare takes on enormous importance. The PM has yet to travel to China on a mission to restore confidence in brand New Zealand. The stakes could not be higher. I hope he’s well-rested.

Towards which, some might have leisurely whiled away New Year’s morning reading the NZ Herald’s ‘My Bach: John Key’: Presumably part of an ongoing series (and not just blatant propaganda), the article featured a large photograph of the PM “posing in front of the house in shorts and T-shirt for the Herald on Sunday in 2007”. Of course, the PM was not available for a new pic because this year, he was not holed up in Omaha but holing up with President Obama in Oahu .

According to the Huffington Post, “the golf outing put Key in rarified company. Obama is an avid golfer, but prefers to limit his playing partners to a close circle of friends and advisers. Among those who have also scored invitations to play with Obama in the past are former President Bill Clinton and House Speaker John Boehner.” . Rarified indeed! The two world leaders (and I use that term in its widest sense) apparently discussed issues of mutual interest and regional security. Whether Kim Dotcom or the TPPA were mentioned, we’ll never know. But we could guess. One respondent to the Huffington piece wrote that “New Zealand is one of the five English speaking nations, partners in crime, who spy on everyone in the whole world!” Surely not! For the PM, a photo-op paints a thousand words and in an election year, cosy shots on the golf green with the Prez are gold, usurped in value only by close-ups with a royal baby.  Something to look forward to I suppose.