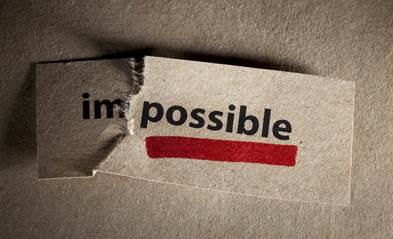 WRY FACIAL EXPRESSIONS, rather than sage nods of agreement, are the usual response to left-wing calls for unity and tolerance. The left-wing world is a disputatious place where the intensity of the arguments, while not unexpected, can still prove quite jarring to the uninitiated. But even if the experience of so much political passion may leave people shaken, it also leaves them stirred. Which is, surely, the point. Changing the world should be stirring stuff.

What changing the world should never be about is a process of ruthlessly prioritised and carefully calibrated political engagement. The most invidious aspect of Vladimir Lenin’s legacy as a revolutionary leader was his insistence that the military-style implementation of a tiny “vanguard of professional revolutionaries’” strategic and tactical orders constituted any sort of viable decision-making model for the Left.

Lenin and his Bolsheviks looked at the miraculous spring of February 1917: when the Cossacks finally learned that they had more in common with the seekers of bread than the wielders of whips; when the workers in the factories realised that their judgements were as good (if not better) than their masters’; when Russian women claimed not only the right to vote, but the right to child-care, birth control and abortion; and they scowled.

With the forces of reaction knocking at the new democratic Russian Republic’s gates, Lenin and his comrades seized the great rollicking puppy that was the people’s revolution, and in the snows of November 1917 snapped the collar of “Democratic Centralism” around its too trusting neck.

But if the Bolsheviks “won”, what did they win? And at what cost?

When the Soviet Union was teetering on the brink of destruction in August 1991, which sections of Russian society came rushing to its defence? Was it the workers? The peasants? Women? The LGBTI community? Ethnic minorities? Students? Did anybody at all lift a finger to save Lenin’s Union of Soviet Socialist Republics?

Top-down revolution; democratic centralism; the careful calibration and ruthless prioritising of political effort: all of these options have been weighed in the scales of history and found wanting.

Never again should the Left allow itself to be turned into an army. Because the purpose of the Left is not to lead the fight: its job is to explain and expose the sources and purposes of oppression, and to hasten the day when the oppressed themselves are ready to take the fight to their oppressors.

Eugene Victor Debs (1855-1926) the great American trade unionist and the Socialist Party’s 1904 candidate for President of the United States, put it best when he said:

“I am not a Labor Leader; I do not want you to follow me or anyone else; if you are looking for a Moses to lead you out of this capitalist wilderness, you will stay right where you are. I would not lead you into the promised land, even if I could, because if I led you in, someone else would lead you out. You must use your heads as well as your hands, and get yourself out of your present condition; as it is now, the capitalists use your heads and your hands.”

If we rely upon the Labour Party, the Greens, Mana or any other party to calibrate and prioritise our needs, then we profoundly misunderstand the way electoral politics in a capitalist state works.

Because political parties are expected to operate within “the system” they are most unlikely to advance policies that have not been sanctioned by powerful social entities (corporations, unions, NGOs, the news media) and for which large sections of the electorate have already indicated (usually through polling) their support. The political party’s job is to present these policies to the electorate in ways that not only retain the loyalty of existing supporters’ but also attract new ones.

When it comes to electoral politics the Left’s tasks are, therefore, very clear. First, it must make sure that those it is seeking to empower can speak with voices sufficiently loud and convincing to attract the political parties’ (or party’s) attention. Second, if the demands of the oppressed fall outside the boundaries of what is generally considered “politically feasible”, then the Left’s job is to expand the parameters of the possible. An excellent example of this process (sometimes referred to as moving the “Overton Window” ) is the extraordinary success of the Living Wage Campaign.

In addressing these tasks, however, left-wing activists will soon discover that it is extremely difficult to address one socio-economic or human rights issue without immediately becoming aware of a whole host of others.

How, for example, does one address the problem of child poverty without, at the same time, confronting the issue of domestic violence and spousal desertion? What is it that makes young men so willing to impregnate young women but so unwilling to accept the responsibilities of fatherhood? What does “being a man” mean in an age when the traditional vocational markers of masculinity have either been removed or rewritten? What kind of society sells its young people a vision of adulthood and citizenship it has no intention of fulfilling?

Capitalism is not just an economic system, it is a complex web of social relationships and cultural expectations from which it is virtually impossible to escape. Cut one thread and the entire system shudders. Commit yourself to attacking one feature of capitalist exploitation and before you know it you’re doing battle with the whole ferocious beast.

In her posting on The Standard, “It’s 2014 and we have a job to do”, the blogger Queen of Thorns wrote:

“In 2014 the New Zealand Left must have more on its agenda than “win power”. We should want to create a better New Zealand, and doing that is about so much more than economic policy (which is also, obviously, important). It has to touch everything. And it’s going to take people working in different areas on different parts of the plan to make it all happen.”