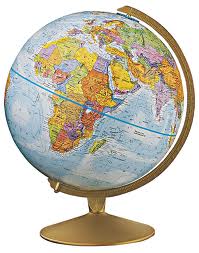 Well, it is the end of the year.  I wanted to buy into regular journalism practice (although I do not claim to be a journalist and nor do I claim to be at one with Cameron Slater) and do some sort of a review of 2013.  I wanted to highlight some of the themes across international affairs over the last 12 months that have resonated personally for me.  I will neglect many, so feel free to add your own highlights in the comments.

Note: Len Brown and Bevan Chuang is not an international affair for the purposes of this blog.

So, I am going to do this by continent, in no particular order.

For me, the most interesting and exciting continent this year.  I am, however, biased having been based in Asia for the last few years.

Clearly China continues to be the focus of many geo-political experts.  Of concern, though, is the increasingly aggressive dialogue over the islands in the East China Sea in dispute between Japan and China.  This will surely continue to be an issue in 2014.

China continues to extend its “soft power” through commitments in Africa and the South Pacific, quietly (well, maybe not so quietly) building bridges and allies across the planet.

Towards the end of the year we have seen political upheaval again in Thailand.  Fortunately this time around the protests did not result in the same violence seen in recent times. A large part of this has been the current government’s laudable approach in not calling the military in.  Thailand will see fresh elections early next year and it will be interesting whether the current Prime Minister, Yingluck Shinawatra, can convince the electorate that she is not her brother’s puppet (the former leader, now exiled, Thaksin).

The Philippines endured unheard of destruction in November this year.  This has almost disappeared from the media discourse as huge, cataclysmic natural disasters seem to become regular events  each calendar year.

Sri Lanka hosted CHOGM and apparently John Key was extremely strong on calling Sri Lanka to account for its human rights abuse during the civil war.  Well, he talked to David Cameron about it over a drink.

The revelations of Edward Snowden and Chelsea Manning have created ripples in this region that will carry far beyond 2013.  Just this week we have seen an interim decision in New York indicating that the collection of data from telephone is probably unconstitutional.  Next year we will see more of these law suits coming through – the fascinating question will be how the Obama administration will argue this litigation.  On what basis will they justify the collection of this data?

US spying also annoyed the Brazilians.  The impressive president of Brazil, Dilma Rouseff, refused to lie down and called the Americans on their bullying behaviour.  Rouseff also represents a pleasing trend in Latin America seeing more female leadership in the region, including the recent re-election in Chile of Michelle Bachelet.

The Boston bombing was a tragic event occurring earlier this year.  The incident shows the consequences of a disturbed dogmatism leading to the deaths and injuries of the innocent.  The immediate response in the US to the bombings was extreme with the media coverage and so-called “experts” making immediate jumps to Al Qaeda connections permeating a culture of fear.  Boston, though, has shown its strength as a community – I was there in July and heard many people talk of how the city felt a tighter collective sense after the tragedy.

2013 was also the year when Guantanamo Bay remained open.

The most boring continent for me in 2013 – even Silvio Berlusconi was off his game!

I am most interested in the on-going byplay between Russia and the EU (collectively and with individual countries).  Most recently we have seen this playing out in the Ukraine.  Putin continues to bully his neighbour, but the people of Ukraine themselves see a future west and unburdened by their former colonial masters.  My sense is that Putin will not let this pass so easily…

As a human rights advocate, I continue to be concerned with the EU’s treatment of migrants.  The EU presents to the world an example of a regional, collective response to irregular migration – a model that other regions may look to replicate, including our own region up through South East Asia.  While we see incredible sharing of bio-data and information between member states in the EU, the entire focus is on border security with no primacy of human rights protection.  Meanwhile, migration routes from North Africa by sea and from Turkey into the EU (Greece) are becoming more perilous with more deaths recorded each year.

The US – EU free trade agreement has been an on-going negotiation during the year.  With similar arguments we are seeing in New Zealand around the TPPA, and particularly around state investor dispute resolution clauses, we may or may not see this agreement come to fruition in 2014.

Nelson Mandela’s passing was the seminal event of 2013.  The undoubted political leader of our time.

The focus now in South Africa, as Jacob Zuma hinted at, is to achieve a sustainable socio and economic path for the people of South Africa.  As a lawyer, I very much admire the South African Constitution as an amazing and progressive document.  Already, we have seen incredible rights regarding developments in the courts through the use of that Constitution with an active judiciary creating groundbreaking remedies, empowered by the Constitution.  But, for any change to be truly transformative, it has to be political.  That can only come from a splitting up of the ANC creating a tangible voting option at the polls.  Whether we see that soon, remains to be seen.

Need I say any more?

The spectacular failure of any political consensus on how to resolve Syria only results in more Syrians being killed every day.  The “Responsibility to Protect” doctrine has failed to materialize in the face of political expediency.  Russia and China have been difficult to comprehend in their support of the Assad regime.  The people of Syria deserve so much more.  The question is, who will deliver?

On the flip side, we have seen backroom diplomacy work with Iran.  This is a significant step and engaging with Iran will only lead to a more open and transparent Iran for its citizens.  This is too great a country with its tradition of education and civil involvement to remain on the outside of the world.

I’m not sure on my naming of continents, but this will do.

In Australia we have seen an election.  The Labor Party self-imploded due to ego politics and really had no option other than losing in the end.  Now, Australia has a Prime Minister who doesn’t think much of women, thinks Climate Change is all a joke, and is doing really well at p*ssing off Indonesia.  The on-going treatment of asylum seekers in Australia is a disgrace and does nothing to promote Australia as a strong ethical leader in the region.

The TPPA negotiations have been held at a furious pace through the year.  Reportedly, New Zealand is playing a strong role in assisting the US to push this through.  With negotiations entirely in secret, as citizens we should be grateful for the stellar work of Jane Kelsey and others to keep this issue front and centre.

Across the Pacific, the “Pacific Plan Review” was provided to leaders by the former Papua New Guinea Prime Minister, Sir Mekere Morauta.  At a superficial level, the review is calling for increased cooperation by the Island states.  This follows other regional examples of multi-lateral collectivising for (primarily) economic and security concerns.  This has to be in our interests and a truly independent and robust New Zealand Aid Programme should be able to contribute in a sustainable fashion, but our current Aid programme does not have the resources to be a decent player in the region.

Back in Aotearoa, we have a government falling apart with coalition partners who have been entirely discredited leading to John Key following Chemtrails.  Chrony capitalism has been the theme of the year with not only bailouts to Steven Joyce’s mates, but also transfers of public wealth into private hands through the failed Assets Sales programme.  We have more children living in poverty – an absolute stain on our country – but no significant policy response from a government bereft of ideas.  If only we had an election soon…

So, that’s it.  As I said, I am sure to have missed a lot!  I know I have missed a fair few…let me know your own favourite international events over 2013.