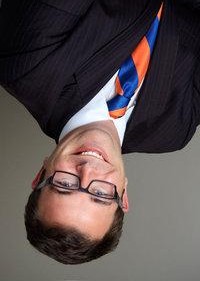 The right-wing councillor said he made a declaration of interests in 2011, but not in 2012, which would cover the period he went to Queensland.

The 2012 declaration of interests shows that Mr Brown and just nine of the 20 councillors filed returns.

Mr Brewer and Dick Quax, who yesterday said “unless the council code of conduct has any kind of meaning there has to be serious consequences”, were among the 11 councillors not to file a return.

Rich white men in glass houses shouldn’t recklessly fire machine guns. In my opinion, the shallow personality free Cameron Brewer has been channeling the John Banks staccato automaton style. Of. Intelligence. Challenged. Articulation. To. Make. His. Case. Against. Len. Brown and to fulfill his complete capitulation of any original thread of character, Cameron just needs to start referring to himself in the third person like John Banks does for the transformation into smug hypocrite to come full circle.

If Bob Jones is any threshold for a knighthood, Cameron Brewer is well on his way to becoming a Sir.