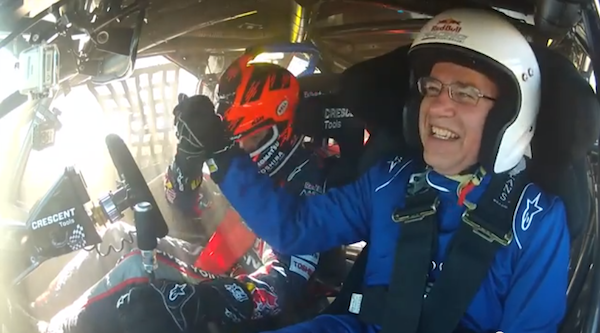 LETTER TO LEN: Sometimes our strength is not measured by what we strive for, or hold onto, but by what we give up.

LEN, THERE’S A RUMOUR BOUNDING about Auckland’s civic circles that the National-led Government is moving to remove you from office, to replace you as Mayor with a commissioner. Some even suggest a word has been re-whispered into Maurice Williamson’s ear.

Such rumours abound when a political jurisdiction is void of leadership. And remember Len, New Zealand needs Auckland more than it needs any of us.

Perhaps the rumour is a strong possibility. A sizable proportion of councillors are ready to express no confidence in you, in your leadership, in your rehabilitation.

Len, as such, the situation is untenable. It is time to go.

If you stand down now you vacate the mayoralty having established a huge mandate for the vision you constructed during your first term. Aucklanders now want this vision implemented. But you cannot play for time. You played the game, and you lost. Now, you cannot deliver on that vision. Your part in the dream has finished.

But if you stay, the city will likely be taken from you. Your opponents will likely succeed in appointing a commissioner of their choice.

But if you go, you do so for the team, by forcing an election the voters of Auckland will get to choose who will lead the City’s council rather than that choice being made by those who currently occupy the Beehive.

And Auckland has fine sons and daughters, some have the cred to restore the City’s pride, to correct the power-imbalance that has occurred as a consequence of your own folly.

Go now, don’t allow this battle to become a Right V Left issue where the right will use their incumbency to win. No, salvage what’s left of Len Brown – the man who was once Manukau’s face of the future – for your family’s sake if not ours.

LEN MAYBE YOU WILL REMEMBER THIS, even though it’s years ago now, sometime in the early to mid 1990s. Dorothy Jelicich was chair of the Counties Manukau Health Council and you were a member representative appointed by Manukau City Council. There was an energy about you, a wit, a bit of the larrikin, with an awareness of purpose.

You carved out a name not only for yourself but for the type of region many sort to create. Manukau The Face Of The Future. You were a big part of that movement.

You had a lot of your father’s attributes. I remembered him too from when he was principal of Greenmeadows Intermediate School in Manurewa East. From the age of 11 to 13 we loved your father’s leadership, the culture he and his teachers created at that wonderful school.

Observing you working the Health Council, I could see your father in you. And once Dorothy retired in 1995, you assumed your rightful place to champion the rights of the region’s peoples to free, equitable, and robust health care.

As media, we could see your merits, and the advocacy journalists amongst us used your brand to challenge the politically powerful, and to assist the needy to access the healthcare they deserved.

It was an honourable time. You may not have known it then, but there was a burgeoning movement forming around you.

We could see you were almost match fit to run for the mayoralty should Sir Barry Curtis step aside. And in time, you realised your ambition. You got there on your own merits. But remember how your path was made possible by many thousands of people who placed their confidence and hope in your abilities to deliver. Without them, you would not have acquired the power to achieve.

One day, sometime in the latter part of 2006, you asked me what I thought of you having a second go at the Manukau mayoralty. I thought it was a grand idea. I asked you what you thought of an amalgamated greater Auckland region. You replied that the idea was just a rightwing dream. I counter-replied that you would have to form an alternative view on it – that if you won the Manukau mayoralty in 2007 the issue would certainly gain a momentum during your tenure.

In 2009, you contacted me again and asked what kind of media relations support you would need should you pitch for the Auckland supercity mayoralty. I suggested you speak with David Lewis, a respected Labour Party media specialist and former prime ministerial press secretary for Helen Clark. You were introduced, the Labour Party endorsed your campaign, and you won.

Your brand was all about vision. You delivered, you established a mandate from Aucklanders for peoples politics, progressive policies. You were the first centre-left mayor of Auckland City, and you won the debate.

But there were times when you abandoned your brand. Your reticence to engage a leadership role during the Ports of Auckland lockout; and your support for the Skycity Casino convention centre proposal was incongruous to your background as a south Auckland politician. You know from experience the corrosive impact that casinos, habitual gambling and addictions have on people, on those from your home region. Yet you were in support of the National-led Government’s controversial Skycity deal. We asked why. You implied its the economy stupid.

You didn’t say: ‘The Casino began offering me free rooms at the Grand Hotel, upgrading me to the top rooms to the added value of $39,000 worth of upgrades…’

Did you realise that the casino brass would have authorised this? That there was a cost-benefit calculation in play? That you were in play?

Among the staff and management at Auckland’s hotels, it became a well known secret that you were having an affair. Did you think they kept their silence because of respect to you? Or did you realise a secret kept progresses a power of its own, especially for those who possess knowledge of the detail.

Is this why you supported the dodgy casino convention centre deal?

Len, there is no compromise when one is compromised.

And as Frank Macskasy sagely observed in his blog post today:

…to accept freebies from a corporation that is currently attempting to gain financial and legislative benefits from central government, in a dodgy deal involving promises of a “free” convention centre, suggests to me that Brown’s political acumen is badly lacking.

Len, you might be correct, that you are truly sorry for your part in this sad awful mess. And while the wonderful British lyricist Bernie Taupin is right, ‘sorry seems to be the hardest word’, sorry does not cut it in the court of public opinion. This is not akin to some Vatican-styled confessional. You don’t get to whisper to the Priest ‘I’m sorry, please forgive me’, receive a sentence of Hail Marys, thrash your bareback with a whip of nine wet shoelaces and go on your merry way. No, it isn’t that whatever you have done is unforgivable, but rather that your judgment was flawed and you exposed your frailties, your opponents seized their opportunity, you played the game and lost.

Len, you know, politics is a profession founded on vision and ambition – qualities you have always had in abundance.

Political achievement though is made possible due to a power of anointment bestowed upon a leader by a supportive public. The establishment recognises such power, it knows it is sustained by public mood. It is a currency of sorts, to be bought, sold, and lost.

But it should be remembered that political power is an exhaustible phenomenon. It is not locked in as a constant arching the timeline between elections. Rather it ebbs and flows, surges and dims. Most significantly, political weakness becomes the incumbent’s lot the moment the public begins to find cause to doubt.

You held up high this political power once the 2013 Local Government Election results were tallied. Two days later it ran through your fingers like dust, and you have been snatching at fog ever since.

Forgive the poetic, but like a prized skyrocket on Guy Fawkes night, you carried the hopes of many. The zenith of your political power was witnessed not on your inaugural election in 2010, but rather, in potential terms, on your reelection in 2013. But your potential to really deliver on your vision, your ambition, on policies that the people wanted and need, was exhausted like a fireworks fizzer the moment you began to be played by your opponents some two years earlier.

I’m pondering here not a moral issue, but one of cold, hard, reality politics.

When Bevan stood before you, instead of asking yourself why this opportunity was presenting itself, you just saw opportunity. This is an issue of judgement. You elected to play the personal after giving yourself to the public. You knew the cost, you knew the untenable incongruity. You chose an indifference to the political consequences over a commitment to maintaining your political brand – over yourself as a vessel able to carry and deliver the policies for your people.

Let’s confess, none of us could possibly reach this stage in our journey without letting our side down. None of us are Angels. But the strength of the character that was Len Brown – the great hope of south Auckland – would know when to step down, know when the game is up, would recognise when the blessings that had been bestowed on him by Ngati Whatua on top of Maungakiekie had been exorcised then repossessed.

You say now you are not a lame duck leader. You are wrong.

With policy, there’s a power to the cause-effect-solution-vision rhythm. But once scandal causes that vessel named public opinion to abandon the wharf and head out to sea, Len, you alone are left standing at Wynyard Quarter, a mayor in name only, wondering how to make right the wrong.

The Party is no longer with you. And when you seek to be greeted in public you are confronted with derision or estranged through silence.

Where to from here?

The implementation of our vision will remain elusive unless another picks it up and runs with it. The policies, the vision, the purpose is good. The public support these now. The policies got the mandate. And we the public need another to pick up the task of delivering them.

So who could get Auckland back on track?

Among your councillors there are some. Penny Hulse has an honourable support-base out west, and qualities that could garner support across the region.

But in my view Auckland now needs a mayor who has an established nationwide reputation. A person who has represented this region’s peoples at the highest levels of government, a person who connects to the many cultures who live and strive for prosperity in this grand supercity. It needs a person who connects people, connects business, connects opportunity to economics and trade. It needs a politician whose reputation is above scandal, who not only holds an honourable title but lives its values. A person Maori can trust, and in whom our Pasifika and ethnic communities can have a confidence in.

For Phil Goff, seeking the mayoralty would be a huge sacrifice. A new Labour-Green coalition government would need his experience. But New Zealand needs Auckland to be firing on all cylinders. And Auckland needs someone like Phil Goff to deliver the policies that the region’s peoples have demanded be more than just a vision.

Sometimes our strength is not measured by what we strive for, or hold onto, but by what we give up.

Len, it is time to go. Allow an election to occur and save this city from a National-led Government-controlled commissioner. There’s honour in that.

And Phil, how about that for an idea worth revisiting?