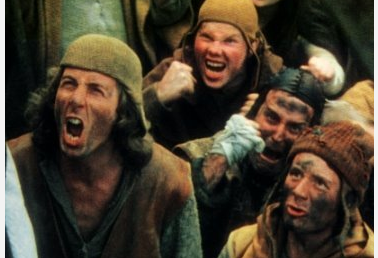 As Farrar wrote in the NBR* on 13 December,

“Having now read the EY report commissioned by the Auckland Council Chief Executive, I believe Len Brown must resign as Mayor of Auckland. I only formed this view after reading the report, and did not believe what had previously been disclosed was substantial enough to warrant resignation.

But the report makes Clear that Len Brown publicly lied to the media and the public, and also that there were ratepayer resources used for his affair.”

Taking the last point (using ratepayer resources) as a rationale – Farrar is referring to the 1,375 phone calls and txt messages (Point #1)  between Len Brown and Bevan Chuang.

The report acknowledges that “Personal use of mobile phones is permitted by the Elected Members Technology Policy and Guidelines” (but must be reimbursed by the elected member).

The report referred to Ms Chuang “attending several functions as the mayor’s translator” (point #2). No ratepayer funds were paid to her.

There is mention made of the mayor receiving an iPad as a gift. That was later auctioned for charity (point #7)

2011?! The Review went trawling that far back into the past?

Indeed, the report made several findings, some of which I repost in full;

The  report referred to free hotel room upgrades – none of which actually cost the rate-payer a single cent (despite what Campbell Live inferred on 17 December).

The word that springs to mind for most of this report is – a witch hunt.

And it appears that even right-wing commentator, Matthew Hooton came to the same conclusion on Radio NZ on 16 December (listen:  Politics with Matthew Hooton and Mike Williams )

Hooton understands the nasty implications of this witch hunt and dodgy report; the same standard of nit-picking and guilt-by-innuendo can be levelled at every single political figure, of whatever political hue.

We should understand one simple fact; not one human being is perfect. Everyone – everyone – will stuff up, eventually. It is a given.

Don’t expect flawless actions from our elected representatives. We will  be disappointed.

However, I referred to most of this report  being a witch hunt.

There is an exception. Brown’s acceptance of free hotel upgrades from SkyCity was most unwise. In fact, I call it downright dumb.

Is it a “hanging offence” though? No, not quite.

But to accept freebies from a corporation that is currently attempting to gain financial and legislative benefits from central government, in a dodgy deal involving promises of  a “free” convention centre, suggests to me that Brown’s political acumen is badly lacking.

It suggests to me that he will keep screwing up because he has little concept of consequences.

Returning to right-wing blogger; National Party activist*; and one-time employee for various National ministers*, David Farrar – where does he get off demanding,

If the standard for resignation is now set at “publicly [lying] to the media and the public“, then we should start at the top: John Key.

Let’s look at his most latest blatant lie.

“… I can assure [Labour leader David] Cunliffe the books are in tip-top condition – that is the polar opposite position to what they were in when we became the Government. But in the last five years we’ve worked hard to turn them around… “

That was a lie.

When National took office in 2008, Labour had paid down this country’s debt, as this simple Treasury graph shows quite clearly,

And on 9 December on TVNZ’s ‘Breakfast’ programme, when he was interviewed on the problem of growing child poverty in New Zealand, he said this (at 2.45);

Back then, New Zealand recorded the biggest surplus in New Zealand’s history...”

Not only did the previous Labour government pay down our debt (which had been created by National in the 1990s), but then Finance Minister Michael Cullen posted some fairly impressive surpluses,

For more information on the state of the economy under Labour’s watch, refer to this previous blogpost.

So Key and his National mates inherited a pretty well-run economy by November 2008 – just as the Global Financial Crisis was beginning to be felt in this country.

Comments such as  “under the last Labour Government the economy got way out of balance” are patently dishonest and a downright lie (source).

We have heard many such throwaway lines from Key, English, and other National ministers as they (a) try to discredit the former Labour Government’s creditable performance (b) blame their own fiscal mismanagement and shortcomings on their predecessor.

So when will Farrar be calling on Key to resign for lying to the media and public?

National doesn’t do Taking Responsibility very well. But oh boy, don’t they expect it from the rest of us?!