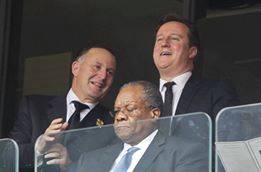 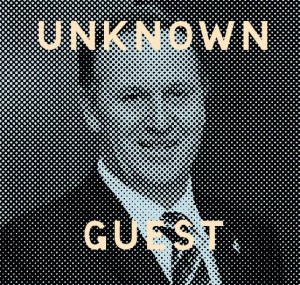 Key’s decision to take 2 Ministers that supported an apartheid South Africa from a Party that referred to Mandela as a terrorist and not any leading voices in the antiapartheid protest movement shows the immaturity and lack of character of Key in a startling way.

His comments attacking Hone Harawira however are deliberate and Machiavellian in the extreme.

National know they have taken a hiding over this self inflicted blunder. Many NZers, regardless of where they were in 1981, feel Minto should have gone as part of the official delegation. Taking McKinnon & Bolger whom both sat silently by and allowed Muldoon to destroy the country as representatives is beneath the dignity of the moment.

Oh and Key also found space for the official photographer. Important to take photos when ones Prime Minister is so forgetful.

This should have been a healing moment, but from a leader who farcically claims to have had no opinion on the issue while being an ardent Muldoon supporter, leaving protest leaders out of the delegation was a missed opportunity that has eroded Key’s soft blue vote.

So what do you do when a leader who can’t remember what side of a national psyche defining moment he was on offends those sensibilities with all the tact of a Willie & JT rape culture interview? Why you bash Hone Harawira.

National strategists know Harawira is a lightning rod for their red neck rump vote. To date, next years attack plan for National was to paint the Greens out as terrorists who would economically vandalize every dairy milk farmer in the South Island. They can’t use that plan now Key is being forced to consider a deal with Chemtrial, moon landing conspiracy theorist and climate denier, Colin Craig.

So National move down the cab ranks, and it’s time to start attacking Hone Harawira and his ‘cost’ to the tax payer for using his Leaders budget to fly to South Africa.

Here are the facts. Hone asked Parliament Services if he could use his leaders budget to fly to South Africa to pay protestors respects in a manner befitting Nelson, and they said it was allowed. Hone’s wife Hilda paid for her flights privately. He is away from Parliament because he is constantly moving around NZ meeting and talking with more community leaders and Maori communities than John Key does. Attempting to write the lack of time Hone spends in Parliament off as lazy when he spends all that time on the road meeting and talking and listening to what the people have to say is as beneath Harawira’s mana as sending Ministers who acquiesced to apartheid to Mandela’s funeral.

Seeing as Key’s appearance only generated non-recognition and laughing it up inappropriately with the British PM as their most memorable outcomes, Hone’s haka to Nelson Mandela was worth every single cent!

This attack by Key on Hone is an attack we will hear repeated throughout next year. As the election looms, expect Key to play petty bigotry against Hone every chance he gets to make his chemtrail, moon landing conspiracy theorist, climate denying far right Christian friend Colin Craig look politically palatable.

This is aggressive race baiting tactics against a Maori leader by a National Party Prime Minister, in the shadow of Nelson Mandela’s funeral. Does John Key have no shame?