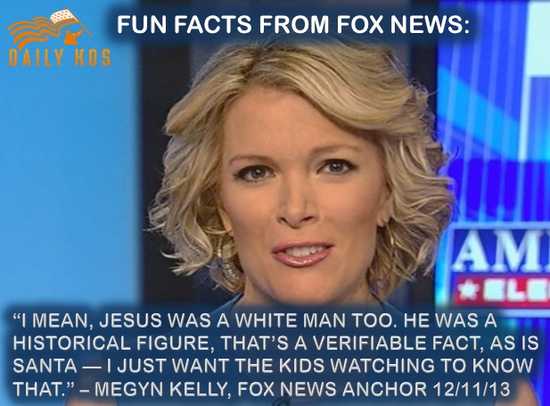 In an age where Obama’s weak attempt at universal health care can be attacked as ‘socialism’, Uncle Sam seems to be dredging the barrel for things to proclaim his greatness of late.

Fox News’ latest dip into the feral right wing culture war of paranoia they so breathlessly love to stoke, revolves around assuring viewers last week that Jesus Christ was white and that Santa Claus is caucasian. The tsunami of ignorance needed to aggressively voice those assertions is as much a testament to the politics of delusion as they are to feeding the fires of stupid hatred.

When you are desperately trying to avoid scrutiny of the genocidal rampage against Native American Indians that built ones’ nation while refusing to critique the role of slavery in creating an economic base that gave them an advantage to glossing over the irrefutable fact that corporate plutocracy makes a mockery of the democratic process, beige Christs and St Nicks must be a welcome relief for America’s corporate myth making manufacturers.

Air strike kills 15 civilians in Yemen by mistake: officials
(Reuters) – Fifteen people on their way to a wedding in Yemen were killed in an air strike after their party was mistaken for an al Qaeda convoy, local security officials said on Thursday.

The officials did not identify the plane in the strike in central al-Bayda province, but tribal and local media sources said that it was a drone.

“An air strike missed its target and hit a wedding car convoy, ten people were killed immediately and another five who were injured died after being admitted to the hospital,” one security official said.

…turns out those smart bombs ain’t so smart. The immorality of remote controlled warfare is that the perpetrator sidesteps the one brake pedal on a Democracy for waging never ending war, the brake pedal of domestic casualties. Nothing saps a peoples will to fight like body bags of their daughters and sons being returned for burial. With no risk of casualty, a corporate militaristic ‘Democracy’ like America never has to seek peace, and the endless rain of Hellfire missiles falls with no justice ever in sight for the collateral damage paid for by civilians mauled by these state sanctioned, non-judicial assassinations.

Arguing that Santa is white while drones bomb a wedding party sums up the horror of this absurdity. 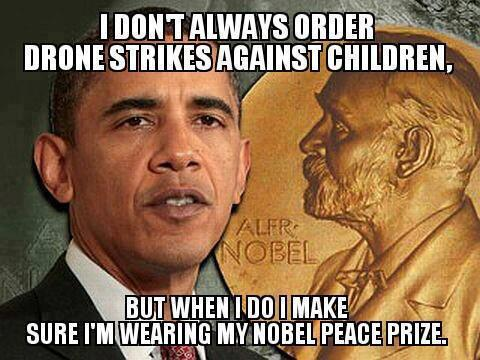