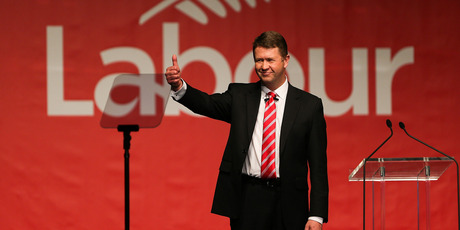 Securing the majority of the 800,000 non-voters will be key to Labour’s chances for success next year. This was a central theme during the leadership selection period which saw the Party surge in the polls, its membership and arguably its relevance to most working NZ’ers. I carry my own obvious bias towards Labour both as a member of the Party and someone keen-as-heck to see a change in government in 2014. Former Party President Mike Williams said in 2005 that Labour got in because of the South Auckland vote. Many of us watching the coverage will remember the shift in fortunes as the South Auckland results came in, somewhat later than the others and got the Party over the line. I don’t need to wait till election night 2014 to make the very same remark – for Labour to win they need the South Auckland vote in their favour and more importantly, in numbers!

There are some important drivers to focus on in the new year for the South Auckland electorates as well as a couple of others in Auckland with high Maori and Pasifika constituents. I wanted to note a few of them here and pick up the conversation sometime next year.

Increase the Party vote: With the exception of Mangere, the electorates of Manurewa and Manukau East realised under 70 per cent of the Party vote (57% and  66% respectively). Louisa Wall is an outstanding candidate who is popular in the electorate. Alongside a strong team in Manurewa they can raise the Party vote result in the electorate as well as her own result. Ross Robertson has been a strong candidate in Manukau East for some years and held the confidence of the electorate for this time. He’s retiring at the conclusion of this term to focus on the local board – so my gain in many ways. Without making too much comment about this as my names has been linked to a possible run for the nomination, it’s worth acknowledging that the diverse populations in particular of Otara and Papatoetoe are strong Labour voters. Again, the campaign here needs to focus on securing even more Party votes for Labour. They will also need a candidate who can rally the troops to both enrol to, and vote. The person must articulate and to a larger degree, personify the aspirations of this community and I will observe the nomination process with interest.

Talk to me: At the last election I was working as a radio host for a community station. One of the things that I recall is that Labour’s messages needed better branding. Everyone I interviewed spouted the same thing – GST off fresh fruit and vegetables, First $5000 of income tax-free, and don’t sell our assets. But we struggled in those interviews to move past the single-liners. What are the benefits to low income families of cheaper fresh produce as opposed to readily accessible and cheap fast food? How much extra would I get in the hand if the initial $5K portion of my pay wasn’t taxed? What are the benefits of keeping assets in NZ ownership for my children and when I don’t see myself reflected in the governance boards of these assets? People must be able to recognise the impact of these policies for their families, when we’re all sitting around at home sussing out how we’ll fund the family’s meals next week, paying telephone bills, power bills and the kids’ school uniforms.

Better use of social media: Labour has much to learn from the Greens when it comes to social media. Yesterday I was excited to see the guest post by David Cunliffe on this blogsite which shows a willingness of the Leader and his Party to engage with people who digest information quickly. Immediately. And on-line. Personally I find facebook and other bits like twitter, instagram and all that stuff too time consuming. Labour has to get it right when it comes to communicating in real-time with (mostly) young people who prefer to receive their updates on an i-phone. There would be a reasonable proportion of the 800,000 non-voters that has access to these tools and this is a great way to connect with them. I’m always intrigued by the number of people who read from the TDB blogsite on a regular basis both for opinions on issues, but also because it provides a medium to offer people a critical perspective – the stuff missing from our current rubbish, fast-food diet of mainstream media.

Casting my eye out west: The newly created Kelston electorate looks like a strong Labour seat, on paper. I’ve already heard of a number of Pasifika people who are interested in putting their names forward for the Labour nomination and am excited because by this. Some are predicting that Carmel Sepuloni will get this nomination after the last seat she sought was dismantled resulting in Bennett running for the hills of conservative safety. In any case, this seat if being judged on paper, needs to be treated like a South Auckland election-night result-swinger. It needs a candidate that connects well with the community and will do everything to ensure there’s high Party vote support. My informal discussions with people lead me to believe that National is considering Laauli Michael Jones or Tuigamala Vaaiga Tuigamala as their local candidate which would make this seat fair game. I believe that Labour could win it and win it well if the candidate they choose is known to the community. The recent Whau Local Board results suggest to me that Labour is on the rise in this area which bodes well for any incoming candidate.

Victory for Labour in 2014 is definitely on the cards. On current polling a coalition with the Greens and Mana is possible. For Labour though, from Party leader to small fry like me, this holiday season is about resting up for a Party campaign that demands we win to ensure a fair society for all and not just the powerful and wealthy. Tough decisions will have to be made, where as a Party we keep the interests of NZ at the forefront, moving us even further away from the personality politics that dogged us previously. I go into this break enthusiastic about Labour’s chances for 2014. Moreover, I go into this holiday season enthusiastic about the nation’s chances of becoming a fairer and more caring country under a new administration. Merry Christmas.