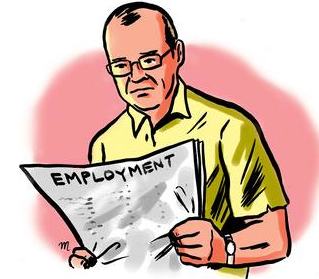 Current unemployment/employment statistics provided by Statistics NZ through the Household Labour Force Survey (HLFS) have been called into question with the release of poll data from two other sources.

Current HLFS stats have unemployment falling to its current level of 6.2% – from a height of 7.3% last year,

The HLFS stats appear to put a positive, downward ‘spin’ on New Zealand’s unemployment rates. All good news for the current National-led government that is desperate for good news as it faces an election next year – and probable defeat.

However, on 5 December, Roy Morgan released the shock results of an nationwide poll, showing unemployment as well as  under-employment much higher than the Household Labour Force Survey has been reporting,

The latest Roy Morgan unemployment estimate of 8.5% is now 2.3% above the 6.2% currently quoted by Statistics New Zealand for the September Quarter 2013.“

Curiously, this poll result was not reported (as far as this blogger can determine) by any mainstream media.

A subsequent  report – again released by Statistics NZ – revealed  the Census 2013 results on unemployment. The results were once again higher than the HLFS,

The data table below tells the full story,

Not only are the 2013 Census result and HLFS at odds with each other , but made a damning indictment on the National-led government prior to 2000. Unemployment in the 2001 Census is shown at 7.5% – a legacy of the Bolger/Shipley administrations of the 1990s.

As a side-note, the Census confirmed the decline of  manufacturing  with 29,472 (13.5%) fewer people currently  employed in this industry than in 2006.

Interestingly, whilst HLFS unemployment for March 2006 is reported by Statistics NZ to be 4%,

– the 2006 Census gave a higher result of 5.1% (see above table). The Census results appear to be consistently higher than the HLFS – and most likely more accurate.

The implications of this are not hard to miss; unemployment (and under-employment) are much worse than we have realised.

Not only is this a drag on our economy (like a ship at sea dragging it’s anchor along the ocean-bottom, and wondering why it can’t pick up speed) – but the social consequences must be enormous.

More than ever, this should serve as a wake-up call to any government with a modicum of common sense that allowing job-creation to be left to the “free market” is fraught with uncertainty at best – and a massive failure at worst.

We have listened to 30 years of promises from successive politicians that the neo-liberal model will provide more jobs; higher pay; and growth.

None of those promises have eventuated and on top of which, as former Assistant Auditor-General Bruce Anderson stated in his report, Public Sector Financial Sustainability”,

“Kiwis also feel good about themselves. New Zealand rates highly for tolerance, interpersonal trust and life satisfaction, the report says. That is just as well because the country probably needs that “social capital” to offset the negatives faced by the economy.

Those include increasing income inequality, with New Zealand one of the least equal in terms of market income in the OECD from one of the most equal 30 years ago. The country also shows disturbing social trends, including high youth suicide, teen fertility and unemployment.”

In the same report, Anderson also referred to private borrowing ballooning to 140% of GDP (thanks to massive borrowing from overseas to finance our penchant for property speculation) whilst at the same time our economic performance was mediocre.

If we are to re-build a fairer society where everyone who wants can find work; good wages for a good day’s work; and an opportunity to own our home, then the economic model we have been pursuing must change.

For clues to the change we so desperately need,  the Christchurch Re-build has offered us one.

Canterbury (along with Auckland) has bucked the trend in terms of  reducing unemployment,

The Household Labour Force Survey, released today, shows employment in the Canterbury region rose by 2100 people, an increase of 0.6 percent.

Unemployment figures for the region decreased by 4000 people or 21.3 percent, most of which came from men who showed a decrease of 3800 unemployed.

Overall the Canterbury unemployment rate was 4.3 percent in the March quarter.

Meanwhile, the national unemployment rate was 6.2% (in reality 7.1%, according to the Census).

The lesson here is simple for all but the most ideologically blind; where there are jobs, people will work.

Where jobs do not exist, unemployment will result.

The so-called “free” market has failed to deliver those jobs – most of which have been exported overseas to low-waged societies.

As David Cull, mayor of Dunedin angrily said in June 2011, when it was announced that Kiwirail would award a contract to purchase rail-wagons from South Korea and China, inside of building them at the Hillside workshops,

“This is frankly a form of economic vandalism. What are we mounting here? An economic development strategy for China?”

That decision alone  cost the city of Dunedin over a hundred jobs (at the very least) plus millions in lost wages and down-stream business. The same has been repeated all over New Zealand; lost jobs; lost wages; depressed regions – and a growth in the social welfare cost to taxpayers.

If, after 30 years, the Rogernomics experiment has not delivered the results we were promised – just how long will we have to wait?

Just how long does it take to learn a lesson if we keep repeating the same mistakes, year after year, decade after decade?

Meanwhile, as a reminder to us all,

Are we there yet?