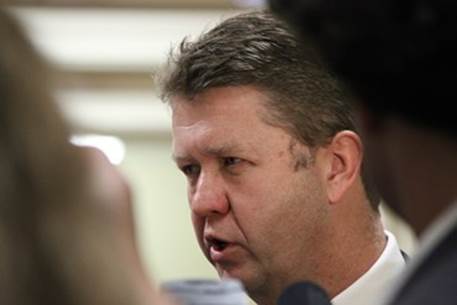 THE LATEST ROY MORGAN POLL should worry Labour supporters. At just 30.5 percent, voter support for the Labour Party is bumping along at levels last seen under David Shearer. The Greens, by contrast, have jumped 3.5 percentage points to 14.5 percent – an increase in support exactly matching Labour’s fall. Combined, the Labour-Green vote only just equals the National Party’s 45 percent. The latter’s choice of coalition partners appears to have narrowed to Colin Craig’s Conservative Party and the Maori Party, but with NZ First once again clearing the 5 percent MMP threshold, the Government’s position remains precarious.

All well and good you might say if your ambitions for 2014 run to nothing more than replacing Mr Key with Mr Cunliffe. But if you’re looking for a government that is both willing and able to tackle the multitude of problems confronting New Zealand, then Labour’s performance in the latest Roy Morgan poll is deeply disturbing.

The sudden spike to 37 percent support for Labour which accompanied the leadership contest back in August-September seemed to suggest that Labour politicians pledging themselves to the Left’s traditional goals – eliminating poverty, full employment, affordable housing, a living wage, social equality – was exactly what the public wanted to hear. Certainly, Cunliffe’s victory had produced an audible sigh of relief among Labour voters. For the first time in two years they could listen to the Party’s leader on the radio or watch him on television without their hearts being in their mouths.

So, what has happened? Why has Labour fallen back to a risible 30.5 percent in the Roy Morgan poll?

The problem, in my opinion, lies where it has always lain – in Labour’s caucus. In the contest for the Party’s leadership Cunliffe did not win the support of a majority of his parliamentary colleagues. This would not be a problem if the decisive support he received from Labour’s ordinary members and trade union affiliates had been enough to convince Cunliffe’s caucus opponents to set aside their objections and misgivings, and get in behind the party’s choice.

There is, however, precious little evidence that they have responded to Cunliffe’s victory in this way. The conduct of his opponents at the party’s annual conference in Christchurch was surly and uncooperative. Even worse, there seemed to be a concerted effort on the part of some of the more senior members of caucus to head-off the modest attempts by the rank-and-file to match their new leader’s radical rhetoric with some radical policy.

Phil Goff was only the most visible of the Old Guard engaged in dampening-down potentially embarrassing policy hot-spots – most particularly the trade union affiliates’ attempt to distance Labour from the Trans-Pacific Partnership Agreement.

In the weeks since the conference it has been Labour’s economically orthodox finance spokesperson,  David Parker, who has taken the lead in publicly reaffirming Labour’s continuing commitment to the more conservative elements of its 2011 manifesto: raising the age of entitlement to Superannuation to 67 years; forcing all workers to join the Kiwisaver scheme; and the introduction of a weak Capital Gains Tax.

Behind the scenes the situation is, apparently, even worse. In spite of the fact that child poverty seems certain to become a major election issue for 2014, anti-poverty campaigners report extreme difficulty in persuading Labour MPs to embrace the policies required to eliminate it. Most worrying of all is the evident backsliding from Labour’s hard-won 2011 commitment to extending the same government assistance currently available only to the children of parents in work, to the children of beneficiaries. The hard-line neoliberal notion that paid employment, alone, has the power to lift families out of poverty, and that nothing must be done to delay the beneficiary’s transition from welfare to work, remains deeply embedded in the thinking of former Labour cabinet ministers – and aspiring cabinet ministers.

Labour’s new leader knows that his party desperately needs to embrace a policy agenda of sufficient robustness to persuade the 750,000 mostly Labour voters who abstained from participating in the 2011 election that it is time for them to re-engage with the electoral process. For Labour, that can only mean making a decisive – and very public – break with the neoliberal policies of the past.

The ferocity with which the Old Guard responded to Cunliffe’s argument that Labour needs to undergo a radical ideological reorientation was instructive. It pointed to the presence of a powerful faction within Labour’s caucus that is absolutely determined to prevent the slightest deviation from the core elements of the 1984-1993 neoliberal “revolution”.

Just how determined this faction is to defend the legacy of the Fourth Labour Government was revealed when, in spite of the fact that the man they had vilified and demoted to the back-benches proved to be the emphatic choice of the Labour Party, they did not immediately announce that they would be standing down at the 2014 election. On the contrary, they loudly proclaimed their determination to stay on as MPs. In doing so they not only prevented the party from rejuvenating itself, but raised the unsettling prospect of a hostile, obstructionist and frankly oppositional element constantly foot-tripping a future Labour-led government.

This leaves Cunliffe in a position analogous to that of the highly popular and recently elected city mayor who must attempt to carry out his mandate in the face of a resolutely hostile and obstructive majority of city councillors. Without the ability to carry through his promised reforms the mayor’s popularity with the voters is steadily eroded. They do not see the day-to-day petty obstructionism of the mayor’s enemies; all they see is a politician who was swept into office on a promise to bring about big and necessary changes – and then failed to do so.

David Cunliffe has precious little time to do something about his colleagues’ apparent unwillingness to join him in a radical reconstruction of Labour’s economic and social policy platform. The steady ebbing away of voter support is evidence that the same people who were so excited and energised by his victory in the leadership contest are now beginning to feel anxious and let down by the Labour caucus’s seeming inability to work as a team.

It was said of the Moscow-aligned Socialist Unity Party – which once held considerable sway in the New Zealand trade union movement – that it would rather keep control of the losing side than lose control of the winning side. It would seem that Labour’s Old Guard has similar aspirations.

After all, if your primary goal is to preserve the Fourth Labour Government’s neoliberal legacy from left-wing attack, then contributing to your own party’s defeat could be seen as a sort of victory.