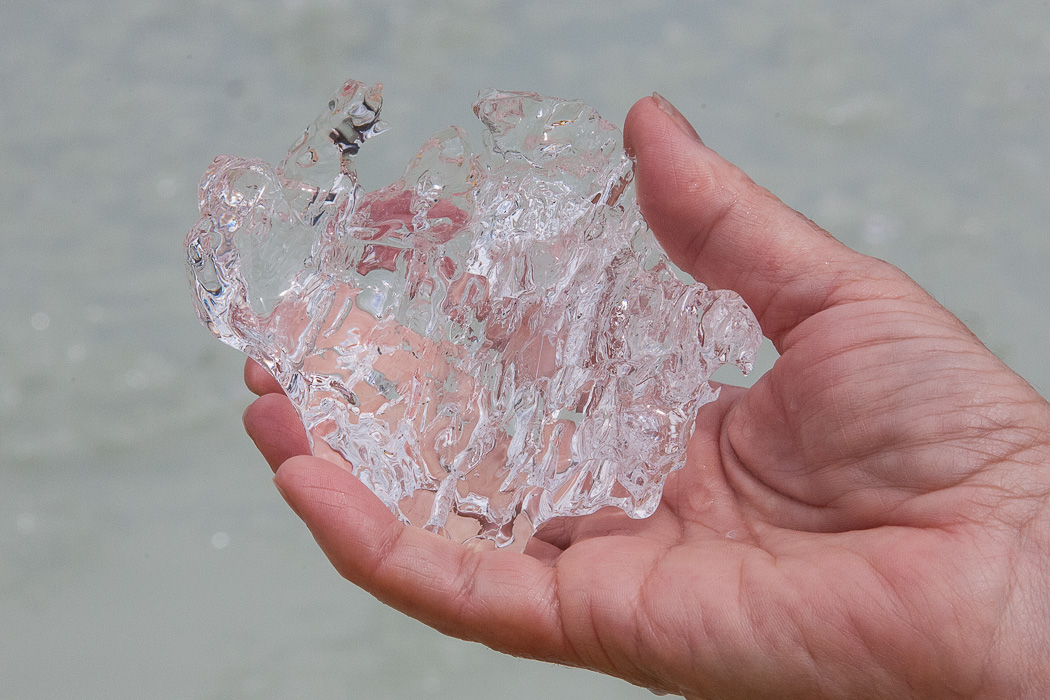 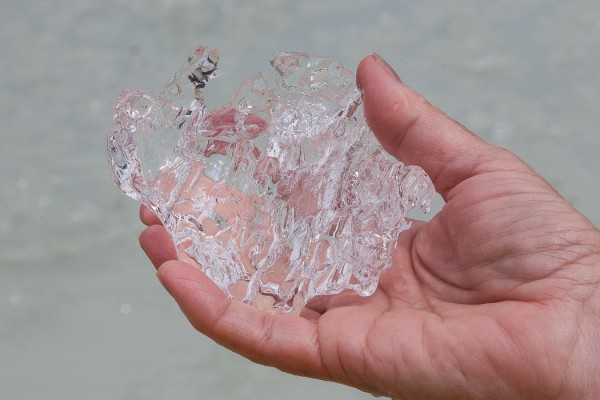 The boat slowed as it moved into the floating ice crystals. I put my hand into the water, made sandy-coloured and cloudy by rock flour, and pushed at the the tracery of ice on the surface. It sounded like a glass chandelier tinkling, delicate wind chimes driven by my chilled fingers. This flotilla of 300 year-old ice shards was as delicate as snow on a winter morning, and disappearing just as fast.

The Tasman Glacier lake didn’t exist before 1973. Then a small puddle began to take up permanent residence at the end of the glacier, and set about growing. Now it’s 5km long, 2km wide, 200 metres deep, and growing longer by 150 metres every year (and often a lot more). It’s the most visible sign of what’s happening to New Zealand’s land ice, disappearing at a rate that’s frightening to anyone with the wit to realise that we are the root cause of this dramatic change to our landscape. 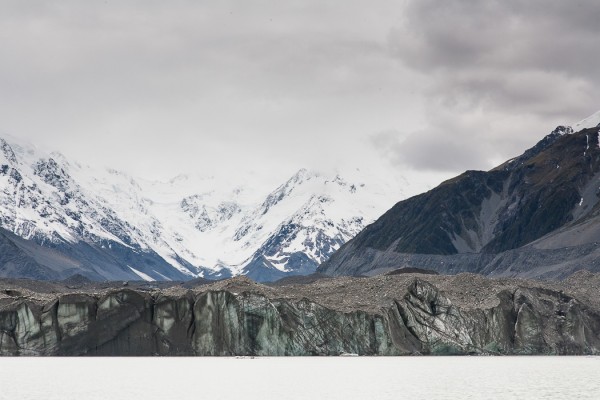 During the depths of the cold period before Europeans arrived in New Zealand – the Little Ice Age – it has been estimated that there were 170 cubic kilometres of glacial ice on New Zealand mountains and filling the Alpine valleys. By 1977, climate warming had melted all but 54 km3 of that ice, and by 2012 another 30% had melted, leaving a rapidly diminishing rump of 37.6 km3 of ice. Warming of about 1.5ºC has been enough to decimate our ice fields, and the warming we expect in the coming century is likely to commit us to losing the lot. A few small glaciers may still cling to the highest of the Southern Alps, but the ice that so impressed the first European explorers of the South Island will be irretrievably lost. 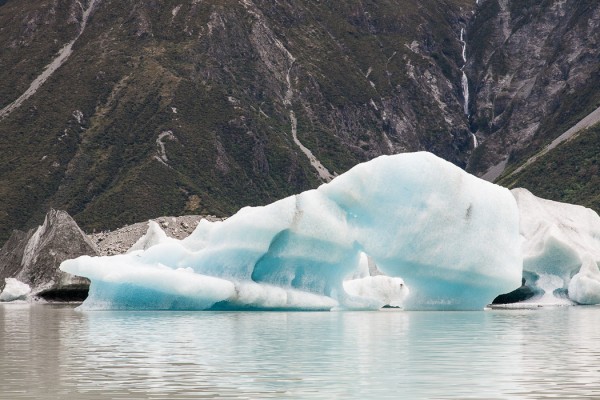 I’ve visited the Tasman Glacier many times over the last 17 years. Every time we have visitors from overseas, we whisk them off on a tour of “our” island. It never fails to impress them, and reminds us why we chose to live here. We always drive to the Tasman Glacier terminal moraine (turn right just before the Hermitage), and make the short climb up to the viewpoint at the top. When we first did it, we looked down on to rock-covered ice. Now we peer up the valley to the glacier’s calving face retreating into the distance. I’ve been there twice this year, and the glacier lake has visibly grown, the assortment of icebergs shifted and melted.

On Sunday, I made my final visit for the year. It was the first time I’d been out on the glacier lake, and the impact was visceral, like an icy punch to an ample gut. Beyond all the slick tourist trappings, and the easy commentary, the raw reality of huge chunks of ice tumbling into a growing lake surrounded by the largest mountains in our country left me hushed and contemplative. Normally I would regale any audience with the facts about warming, the grim future we all face, but nestled under icebergs, surrounded by cliffs of ice-torn rock and gravel, I was forced into submission by the sheer scale of the changes we have brought about. 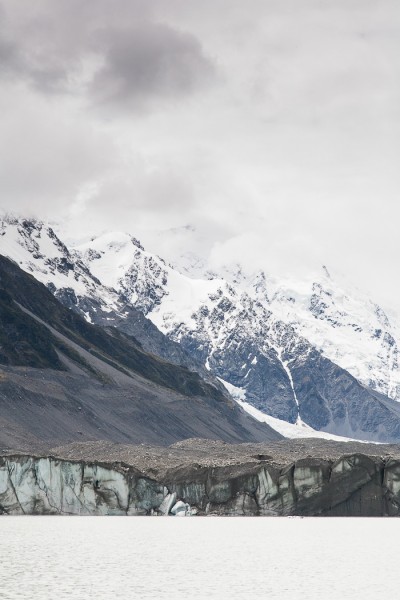 This is a trip every New Zealander should make. Every politician in this country should be required to front up to the Tasman Glacier and experience the shock of the changes that warming has wrought. Yet the vast majority of the people who clamber carefully into the little yellow boats that ply the lake are from overseas, their guides from Canada and Ireland. We who live here are sleep walking into our future, lost in the everyday while tomorrow is being written in the mountains.