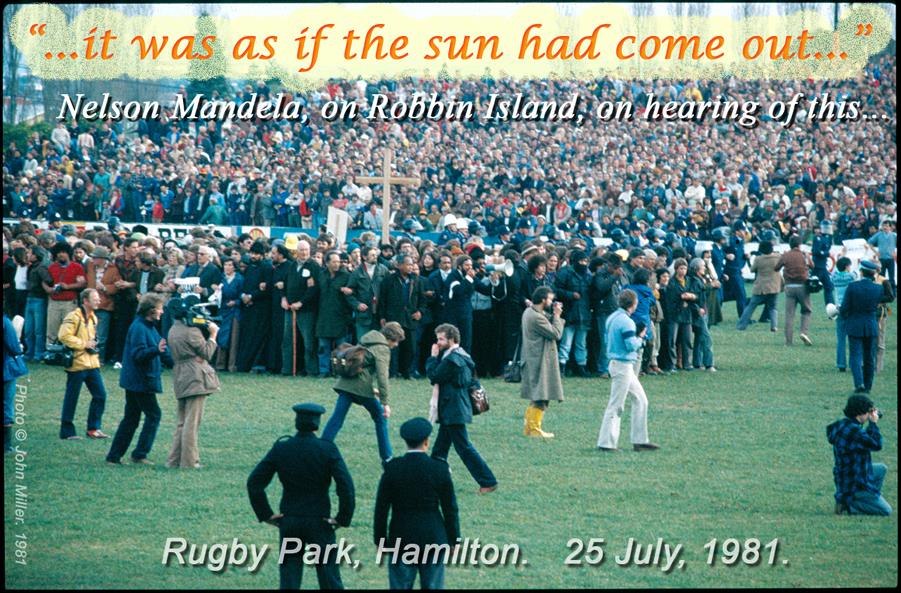 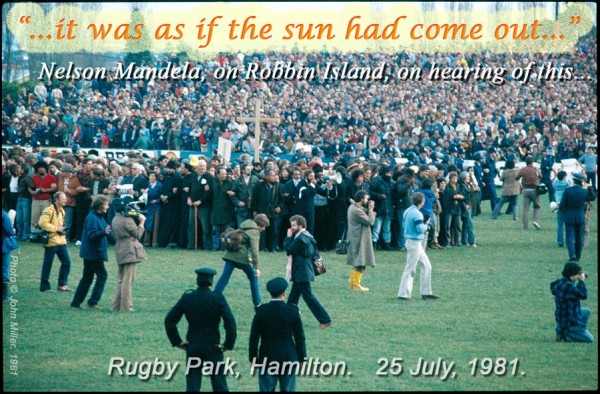 I’d encourage everyone to try to get to this memorial event for Nelson Mandela.

It’s on at Rugby Park in Hamilton this Sunday evening at 8.30pm – bring a candle.

The time and place are very significant because it was events on 25 July 1981 on the field at Rugby Park Hamilton which brought such joy and jubilation to Nelson Mandela who by that time had spent 17 years in prison on Robben Island.

As we all now know when Mandela heard that this Springboks Versus Waikato rugby game (the first ever televised live to South Africa) had been stopped by anti-apartheid protestors invading the field he said the prisoners gripped the bars of their cell doors and rattled them around the prison in sheer delight. He said it was like the sun came out.

The timing of the event is to coincide with the burial of Mandela in his home town of Qunu.

There will be an opportunity for those who wish to say a few words as part of this event.