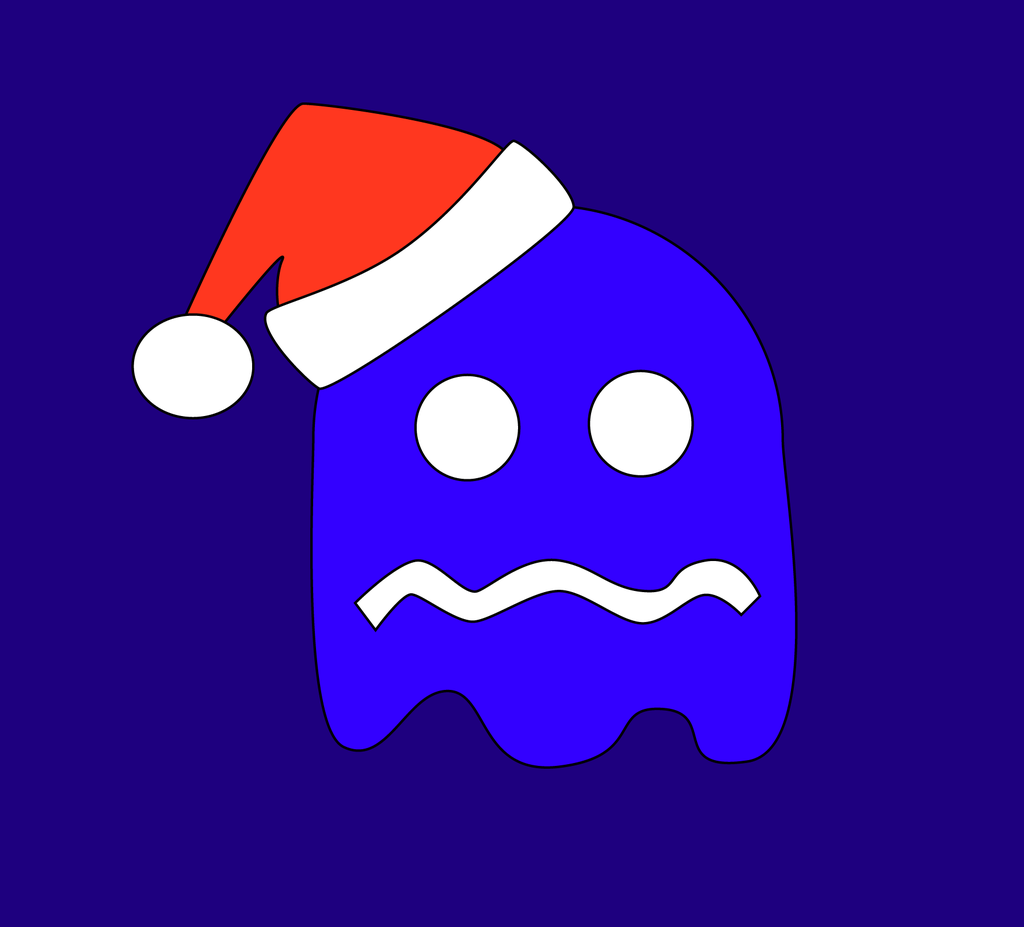 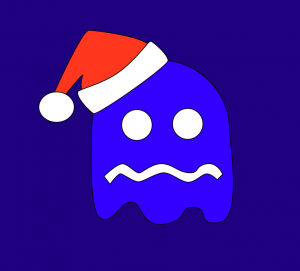 Yuletide approaches. Nevertheless, it’s been a trying time for the PM. From SkyCity to John Banks to Colin Craig to asset sales to even the Springbok Tour, ghosts of Christmas past, present and future have come to roost.

Explosively, though unsurprisingly for some, Sky City has been caught up in a major drug bust / money-laundering investigation. As reported in the NZ Herald: “SkyCity Casino is at the centre of a $120 million drug bust with key players in the alleged international crime syndicate spending millions of dollars in the VIP lounge.” This is of course the same SkyCity that wined and dined the PM for a Convention Centre in exchange for an expanded gambling licence. And the same SkyCity that features prominently in the John Banks election-donation-declaration court case (John Banks being the same John Banks who voted for the enabling SkyCity Convention Centre legislation…but that’s another story). Should we be shocked? Well, according to the Greens’ gambling spokesperson Denise Roche, “Casinos are an engine of crime, so it’s not surprising that another [alleged] money laundering ring has been exposed.” It gets worse. “Included in the list of gambling concessions gifted to SkyCity Casino in their agreement with the Government to build a convention centre is an increase in ‘ticket-in, ticket-out technology’ and machines that can accept denominations of $20 and higher…’Ticket-in, ticket-out technology is one of the best ways to increase money laundering. It enables anonymous gambling, which makes problem gambling easier and is directly linked to money laundering overseas,’ she said.’ And it gets worse. “The Department of Internal Affairs advised that there were serious questions about how easy this technology would make it for money launderers to use the casino to ‘clean’ the proceeds of crime, yet the Government still allowed for this to happen.” In his dealings with SkyCity, has the PM merely enabled and expanded institutional money-laundering, in exchange for a free building? Does an engine of crime need more oil? These are troubling questions.

Speaking of trouble, John Archibald Banks was committed to trial by a High Court Judge. Struggling to hold back tears, Banks announced that he was going to stand down in March. “Half a century ago on a wet Friday afternoon, I witnessed my mother and father get sentenced to very long terms of prison and taken away. I stood outside the High Court on that Friday afternoon aged 17 absolutely committed to a lifetime of hard work, honest endeavour and public service to try and balance the family ledger.” Psychoanalysis aside, Banks’ departure from the political landscape has implications, especially for the PM. As Gordon Campbell writes, “Something more than John Banks’ worthless hide is now at stake though, in the wake of this week’s court ruling that he should stand trial for electoral fraud, allegedly committed during his 2010 mayoral campaign. Any honourable person would have resigned from Parliament – or at least stepped aside from casting any votes in Parliament in the interim – once the privately launched legal action began to get traction in the courts. Moreover, any honourable government would have refused to rely on Banks’ discredited vote to pass its legislative agenda, and especially the SkyCity casino legislation at the heart of the court action, where a clear conflict of interest existed with regard to Banks. Instead, the Key government has been willing to rely on Banks’ vote in Parliament, and will continue to do so in 2014 for as long as it conceivably can.”

After that, if the PM has to rely on Colin Craig and the Conservatives, then, according to John Armstrong : “John Key, you have a problem. National’s willingness to help Craig get a seat in Parliament has been based on the hope he might bring two or three other MPs with him on his coat-tails. Or should that be chem-trails. However, when someone who conceivably could end up being a minister following next year’s election is unsure whether he believes man has walked on the Moon, it is time to press the “whoop-whoop, pull-up” warning button on the dangers of potential coalition with a party which might also believe Paul McCartney is dead and Elvis Presley faked his own death.” Nothing marginalises so quickly as the label ‘conspiracy theorist’. In Armstrong’s view, “Craig’s clanger is the kind of career-defining and sometimes career-destroying own-goal that sticks in the public’s mind.” Of course, his lunar musings might just be attempts to “wind up the media”, as the PM has positively spun. Having embraced John Banks, train crash that he proved to be, how open are the voters to Colin’s open mind on world history? For the PM, again, another troubling question.

Meanwhile, across the nation, over 1.2 million people have responded to the question ” “Do you support the Government selling up to 49% of Meridian Energy, Mighty River Power, Genesis Power, Solid Energy and Air New Zealand?”. In the Sunday Star-Times, Rod Oram provides some last minute guidance for those still to vote: ” The Government said the sales proceeds would reduce its borrowing for infrastructure such as schools and hospitals. In accounting terms, though, the Government is reducing both assets and borrowing, so the net impact is negligible. It is also getting less money than it hoped. Even if it manages to sell Genesis Energy next year, its latest midpoint estimate of the proceeds is $4.8bn, down 25 per cent from the $6.1bn in the Budget in May. Worse, it is selling income-producing assets and reinvesting in non-income producing assets. Treasury estimates forgone dividends over the next five years will be $810m, while interest costs will be reduced by $780m. So the Government will be $30m worse off over five years because of the floats.” $30m worse off doesn’t sound so good! But wait, there’s more: “The full negative financial impact is much higher when other factors such as the cost of the sales and the Government’s reduced share in the SOEs profits are factored into the Government’s accounts. The Government estimated the sales’ cost at a maximum of 2 per cent of the floated companies’ revenues. It is running at double that for the first two floats, even on their barebones costs. The Greens estimate the true cost is double again, at around $250m for Mighty River Power and Meridian.” Double the sales’ cost??? That doesn’t sound too good either. Still, it comes: “The Bolger government’s sale of Contact in 1999 attracted 225,000 retail investors. Treasury hoped MRP would attract the same number, but only 113,000 stumped up. Only 62,000 bought Meridian shares despite the bargain price, instalment payment and big dividend; of those, only 16,000 were new investors. The shares of MRP, Meridian and Air New Zealand are all trading below their float prices.” Only 16 000 new investors??? All trading below their float prices??? And to cap it off, “Since the Government announced the SOE floats two years ago, the NZX 50 has risen by 48 per cent. Over the same time, the existing electricity stocks, Contact and TrustPower, have fallen 11 per cent and 7.5 per cent respectively, with a lot of the turmoil created by the SOE floats. This has wiped $505m from their combined market cap. If they had merely tracked the market, they would be worth $3.4bn more. On top of that, investors in the three SOE floats so far have lost $720m.” $505m wiped??? $702m lost???? Has the country’s portfolio manager’s Midas touch become a spider’s touch? Another troubling question.

Nelson Mandela passed this week. Since the 1981 Springbok Tour,  New Zealand has had a unique relationship with the great man. As John Minto is quoted in the NZ Herald, Mandela told Dame Cath Tizard that ‘when prisoners on Robben Island heard protests had forced the Waikato-Springbok game to be called off, it was “like the sun came out”’.  At his state funeral, perhaps the largest in history, New Zealand will be represented by the PM accompanied by Maori Affairs Minister Pita Sharples, Leader of the Opposition David Cunliffe, former Prime Minister Jim Bolger, and former Foreign Minister and Secretary-General of the Commonwealth Sir Don McKinnon. Many have said it is John Minto who should be attending and not John Key, given the PM’s seeming inability to recall where he was or what he thought about a seminal and searing event in New Zealand’s recent past. Perhaps we should not blame him. After all, as discussed, he has a lot on his mind.