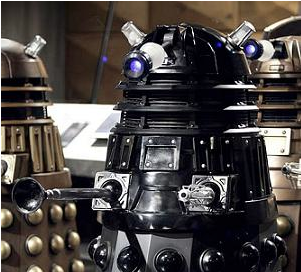 With the impending demise of  John Banks as ACT’s leader – the third in two years – it is time for this blogger to add his helpful suggestions for a new Party leader.

My pick for ACT’s new leader is Hilary Calvert.

As a Southerner she would  make her region top priority as it slides further down the economic scale. Top priority would be selling the entire Otago Region to investors from Beijing and Harvard University. Menfolk would be employed in the region’s  fruit orchards at market rates for pay (60 cents an hour) and womenfolk… well, there are always vacancies at  La Maison in Dunedin.

As for children, there are plenty of chimneys needing cleaning in this southernmost of cities. It does get rather cold Down South in winter time.

Other leading contenders are,

But this hasn’t been an impediment to ACT in the past, as several of their previous leaders failed to exhibit usual human life-signs.

Whether dead or alive, let the Market decide ACT’s leadership.

Tenacious. Nasty. Unyielding. Afraid of no force on Earth (and reputed to have “dirt” on God). Would bring whole new meaning to the term “gutter politics”. Totally unafraid to go for the jugular and dispatch political foes before breakfast – and that’s just his own ACT colleagues.

The Speaker of the House may have to re-visit Parliamentary rules when Slater insists on machine-gunning the entire Green caucus. Does “free speech” extend to mass murder?

On the plus side, at last Parliament will have fair representation for some of  society’s minority groups who thus far have been sadly under-represented; narcissists, sociopaths, misogynists, and other social misfits.

May have to go solely for the Party vote as Slater’s candidacy may be a step (or giant leap) too far for the gentile folk of Epsom.

Currently a fictional character – but ACT’s contract-scientists are working on it. Expect an announcement soon.

Co-leader of Destiny Church. She is definitely a “lateral thinker”. When challenged on an episode of TV3’s “The Vote” that many  New Zealanders were too poor to afford heating for their homes, she advocated that families “cuddle together” under blankets to stay warm.

With cool thinking like this, she’d be a natural for ACT.

Her tendency to lead ACT’s caucus into  prayer meetings might be seen as a distraction by some – but might bring ACT and the Conservative Party closer together. (Would they worship the same deity though?) But considering that ACT is currently polling near-zero, the Party needs every bit of help it can get – even the supernatural variety.

Where does ACT stand on burnt offerings?

But would having three co-leaders be a step too far for a Party that eschews political correctness?

And would even the Three Stooges be able to bring some light-hearted mirth to a Party that exhibits all the fun of a crematorium at peak-time?

As always, the Market will decide.