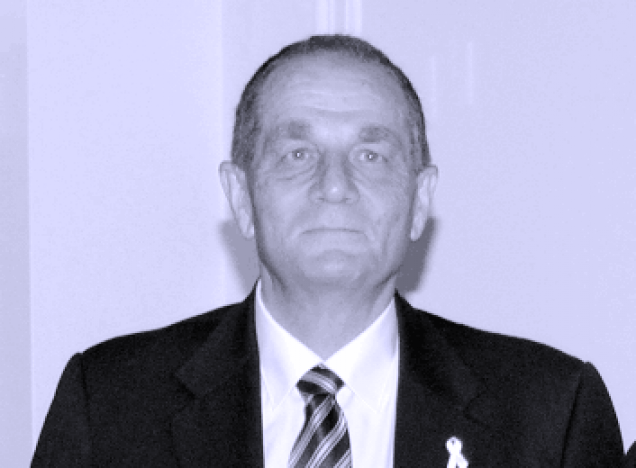 He proclaimed  “new” measures by this government to detect and deal to (alleged) fraudsters,

“The information sharing, which compares MSD records with Inland Revenue data to identify working age beneficiaries who have not accurately reported their income to Work and Income, started in March this year.”

However, as I pointed out in July of this year, Borrows appears to be somewhat “loose with the truth”. The MSD has had the ability to share information with other government departments going back to 2001 – if not  earlier (see:  Benefit fraud? Is Chester Borrows being totally upfront with us) .

The initial evidence for this fact lay with two letters  from an acquaintance, who luckily keeps every piece of correspondence from government departments.

The other evidence was a startling admission from Borrows – detailed later in this blogpost – in an OIA request lodged with the Minister’s office in July.

“We regularly compare our records with other government agencies…”

“The Inland Revenue records indicate that you commenced employment: 16 March 2009…”

(Note; the over-lap that so concerned the MSD was a matter of two weeks, and centered more around confusion as to when the WINZ “client” was deemed to start work.)

Obviously, the MSD had data-matching with the IRD going back to at least mid-2009.

Even in 2001 – twelve years ago – WINZ and the NZ Customs Service (not Immigration Dept as I mistakenly wrote) were comparing information.

So for Borrows to claim that “information sharing, which compares MSD records with Inland Revenue data to identify working age beneficiaries who have not accurately reported their income to Work and Income, started in March this year ” – shows either that he has poor knowledge of departmental policy, or is wilfully misrepresenting the truth.

If Borrows is lying, it would be part and parcel of National’s disturbing agenda to demonise welfare recipients and make them the scapegoats of this Tory government’s failure to create jobs.

On 19 July, I lodged an OIA request with Borrows’ office.  I asked ten questions from the Minister through the course of two emails. Here are the questions and responses I received on 12 September;

1. Over what period of time were these 3,139 cases detected?

Borrows replied; “From 18 March to 14 July 2013 the information sharing agreement detected 3,139 cases of benefit fraud which resulted in the cancellation of a benefit.”

2. When did IRD and WINZ begin sharing information?

This has led to a new programme of work in which Inland Revenue provides the Ministry of Social Development with income and employer information for all working age people in receipt of a benefit. In September 2012 a test of the information sharing agreement was undertaken to ensure data integrity and system compatibility. Full information sharing for the detection of undeclared earnings commenced in March 2013.”

However, further on in Borrow’s letter, he presents this chart of two government departments and the dates they commenced data-sharing with the MSD,

Note the years given for the IRD (1992) and NZ Customs Service (1996). This ties in perfectly with the letters from WINZ and MSD above.

3. Does WINZ and the Dept of Immigration also share information on WINZ beneficiaries who travel overseas whilst in receipt of a benefit?

According to Borrows; Yes. Though with NZ Customs, not the Immigration Service. My bad.

4. When did that WINZ/Immigration Dept arrangement, in respect to Q3,  begin?

According to Borrows; from 1996 onward.

5. What other government ministeries, departments, SOEs, and other bodies does WINZ share information with?   6. When did those arrangements, in respect in Q5, begin?

7. Of the 3,139 illegitimate benefits  found, what was the time period involved with people receiving a benefit and earning income from another source?

How many were within the following periods;

This was probably the most pertinent question, and Borrows point blank refused to answer it, stating;

“Your request for information about the amount of time a client was in receipt of a benefit whilst earning income from another source is refused under section 18(f)  of the Official Information Act.This would require the Ministry to undertake a manual search of each of the individual  client’s files to collate the information. As such I am refusing this part of your request as responding to it would require substantial collation or research.”

This is an unbelievable response!

For one thing, it indicates that the Minister has no information as to how long a welfare recipient was earning both a benefit and other income.

Was it one week? Or one year? Two weeks?  Or two decades?

There are many cases of a brief overlap, as the 7 July 2009 letter above shows (where the over-lap was a fortnight before the recipient advised WINZ). There was a gap of  just over a week between the job interview and job offer, and the person’s first induction course.

Borrows simply has no knowledge of how long these over-laps were. If the majority were one or two weeks, this can be put down to human error or a mis-understanding of employment start-dates – not planned fraud.

Worse was to come.

8. How many prosecutions have been undertaken of all nine cohorts listed above?

“Information about the number of prosecutions undertaken is refused under section 9(2)(f)(iv) of the Official Information Act. This part of the Act allows me to refuse your request as the Ministry is still in the process of deciding whether to prosecute these individuals, therefore this matter is still under active consideration. While I understand that there is a significant public interestin the functions of the Ministry, I believe that in this case the public  interest does not outweigh the necessity to protect the Ministry’s investigation and prosecution process.”

I take it from his response that “as the Ministry is still in the process of deciding whether to prosecute these individuals, therefore this matter is still under active consideration” – that no prosecutions have taken place up until the time of the letter being written.

Not one single person out of the  3,139 cases was prosecuted.

So the alleged fraud was either of an insignificant nature (one or two weeks) – or the cases were so flimsy and ill-defined that a Court would have thrown out the charges.

Or they weren’t “fraud” at all.

9. How many have been convicted?

“Prosecutions stemming from these cases are still in progress, and I am advised that none have yet been resolved. As such there have been no convictions to date.”

So much media hype surrounding 3,139 cases – and not a single prosecution or conviction.

It seems apparent that this was little more than a propaganda exercise and useful only to beef up National’s ‘tough-on-welfare-abuse” image. Any serious fraud is never countenanced by any government and prosecutions are relentlessly pursued,

And lastly, I asked,

10. How many were in actual employment whilst receiving a welfare benefit, as opposed to some other source of income?

“In every instance of the 3,139 alleged benefit frauds, those in receipt of these were also employed.“

Note the Minister’s use of  “alleged”. Without a single court case leading to a single conviction, nothing has been proven. There was no fraud, as such, because no one has been convicted of any such offence.

We have only a  politician’s word that this has happened.

And thus far, Mr Borrows seems to be lacking in any credibility whatsoever.

It is also interesting to note that whilst Borrows knew the answer to Q10 – he had no data on Q7.

If the mainstream media had the time or inclination to delve further behind the press releases, they might uncover the same situation I have; that this has been part of a propaganda exercise by government ministers to boost National’s reputation as being “tough on welfare cheats”.

New Zealand has a dark side to it’s much vaunted “fair go”. We can  be quick to judge; easy led to indulge in prejudice; and punitive to a nasty level.

National’s strategists and spin-doctors are well aware of this nasty side to our collective psyche and play it like a maestro.

We may not force jews to wear the yellow star of David and ship them off to death camps – but when a Tory government re-victimises the poorest and most vulnerable in our society, simply to gain a few polling points, and seemingly gets away with it – then you know that this is a country that is willing to be led into darkness.

And all the while with a complicit media, only too eager to be the government’s unquestioning, obedient, mouthpiece,

Whatever happened to journalists looking behind government utterances?

At the very least, journalists like Susan Wood should have expected payment for her blatant  towing of the National Party-line.  She has shown herself to be a Good Citizen. Obedient. Unquestioning. Loyal.

So when do we start shipping welfare beneficiaries off to work camps?

Would that satisfy that subconscious, punitive urge for New Zealanders?

Or would that finally – finally – be a step too far?

And in the meantime, how many more times will gullible New Zealanders fall for National’s get-tough-on-welfare-fraud propagandising?

Radio NZ: Thousands stopped from getting benefits not entitled to

NewstalkZB: Susan’s Editorial: Benefit fraudsters stealing from you and me

Benefit fraud? Is Chester Borrows being totally upfront with us?!

A letter to the editor…