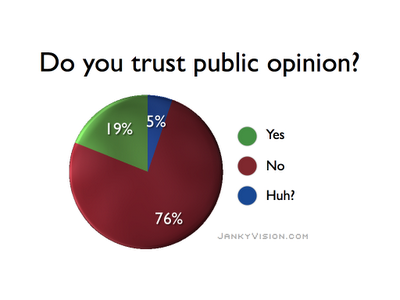 In March this year I wrote on the issue of political polling and cellphone/landline usage. Specifically,

“Part of the problem [of inaccurate poll results] are anecdotal  stories that many low income families, students, transients, etc, no longer rely on landlines and use only cellphones. Polling companies do not call cellphones – only landlines. (A low-income family living not far from us fits this demographic group perfectly; no landline; cellphones only. The sole-parent head of the household votes Labour.)”

This year, Statistics NZ included a question pertinent to this issue. They asked households to disclose their landline, cellphone, fax, and internet usage.

“The question asks the respondent to “mark as many spaces as you need to show which of these are available here in this dwelling”.

What will prove interesting is not whether or not “a cellphone/mobile” is marked – but how many households will mark “a telephone”.

This will finally give us a clearer understanding what percentage of households do not have a landline.”

Yesterday (3 December 2013), Statistics NZ released the result of that question. The impact on political polling firms and their methodologies will no doubt be considerable;

In my March blogpost, I predicted,

“If the numbers of households without a landline are significant (+/- 10%), then polling companies will either have to adjust their polling techniques – or be rendered useless. Without factoring in cellphone-only households, polling companies risk becoming an expensive ‘parlour game’ with little value.”

12.9% is a pretty fair indication of households that cannot afford (or have no need) of landlines, and rely solely on cellphones for communications.

Low income families may not necessarily have credit on their cellphones – but that does not prevent polling companies from phoning in, to cellphone owners. As I blogged on 1 September, when Roy Morgan phoned me on my cellphone (see:  Mr Morgan phoned).

The up-shot of this census result is twofold;

With the survival of electorate-based ACT and the Maori Party in question, and Colin Craig’s fun-loving religious Party needing active support from the Nats to win an electorate seat to gain seat(s) in Parliament, the 47% figure for the National bloc is misleadingly high.

Parties to watch in the run-up to the next election: NZ First and the Conservative Party.

Dodgy polls, dodgy dealings, and a spot of fear-mongering