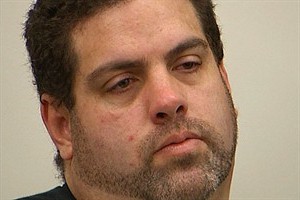 And it’s over for Cameron Slater.

A blogger who broke the Len Brown sex scandal story has been ordered to reveal confidential sources after a judge ruled his site was not a “news medium”.

The landmark ruling was made in a defamation case against Cameron Slater, founder of the Whale Oil site, who is being sued by Auckland businessman Matthew Blomfield.

This now opens Cam up to multiple defamation cases against him from every Union, every left wing person, every right wing person, cat, dog, Nation, sexual orientation, you know what, screw it. If I list all the people who have righteous grievance against Captain Scumbag, we’ll be here till the election.

If you are going to, as a blogger, try and use Journalist protections, then you have to at some level show some type of threshold of ethical standards. Slater is so vicious and so vulgar and so malicious, he can not for one second pretend he has earned those source protections.

5 years ago, the Police approached me over a lost Corrections File I had seen and had blogged about. The Police threatened me with all sorts of crimes if I didn’t turn over my source. I refused point blank to do that and was very open with the Detectives of my desire to face contempt of court imprisonment before I revealed my source. That’s how serious I considered my source protection as a blogger. I agreed with Justice Minister Phil Goff at the time that the release of the file would represent a major negative impact on the possible rehabilitation of the prisoners mentioned in the file, so I helped the Police get it returned – and I did so without revealing my source.

Interestingly when the Police found the file, it was in the offices of the NZ Herald. The Herald were going to print large tracts of the file and showed no responsible journalism at all in their drive for the scoop. I on the other hand published a very responsible blog that omitted any of the details the Herald were salaciously preparing for publication.

In that case, not only did I stand for the ethics that I believed in, I acted in far better faith towards the subject than the bloody mainstream media were intending to.

On one level I pity Cam and feel sad for his inability to control the anger that he lashes out with, and his depression seems to be a terrible trigger for this, but the Len Brown humiliation was just so needlessly cruel you can’t justify it. Cam faces those consequences now.