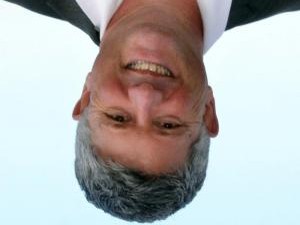 Newsflash: the media mechanics behind this ‘leadership bid’ reach desperately for a lack of intelligence from the general populace. But I have always known we are a clever bunch really and this is confirmed by the many of who are not buying this media manipulation. I am talking about mainstream media and yes you Patrick Gower my friend. I am hammering many in the political blogosphere as well.

The undermining of the Green Party leadership in this scenario has tried to cling to a failing internal democratic process. It is indeed the very opposite that two months ago recommended to decline David Hay’s application to stand as a candidate. The media release from the Greens here also points to concerns about Hay dating years back. It seems Greens have given him a good, fair democratic run at proving himself. Respectfully, this is sour grapes from Hay and those needing something more exciting to talk about will make it more than that.

There are no “tectonic political pressure points” of the type that saw “David Cunliffe propelled to leadership of the Labour Party” at play here. No Martyn. Just no.   Rachel Smalley who suggests Hay would not have done this if he did not have the numbers – please read paragraph above and then sit in the naughty corner with Paddy. Lol.

There is also not an “Auckland problem” of the seismic size that Martyn also refers to. Yeah I get representation, electorate votes etc. But the hardworking Auckland province members do their utmost to secure an Auckland presence and to contribute to the Greens national goals and I take my hat off to them. We have work to do – Hay was never a solution to that.

Others have suggested grumblings behind people’s backs about Russel Norman. I love how this works. Just put rumours out there and let them fly. There are no grumblings. I can see how the united, solid, robust, consistent and thoughtful leadership of Metiria Turei and Russel Norman is just far too unsettling for some that it takes something this ridiculous to marinate a bigger scandal. There is no questioning from Green membership of Green Leadership. Democratic process has played out. What you see here is a strong executive not suffering a nuisance ride that expends valuable energy in the wrong direction. We have a great democratic system that allowed Hay to say what he wants and to put himself in the process for selection. Thankfully that selection process is robust and rigorous and has now declined him under that same fair process. Democracy let him in. Democracy, common sense and strong leadership have ended his run on this particular path. That is that.

I am grateful to the vote of confidence and the ongoing support I receive but I want to caution against Martyn and others saying the sooner I am ‘elevated’ on the list the better. Thankfully the membership will not be held ransom to this cry. Yes I am keen to help increase Māori, women and grassroots support for the Green Party. Yes I think I will be a great asset for the Green Party and the already hardworking amazing group of MP’s. Yes I think the Green Party are a strategic step to support my own visions and values as a social justice advocate who wants a better Aotearoa. But I will work my butt off to gain a reputation as being a hardworking, credible and respected voice with clear connections to the Green Party membership and Green Party visions and goals and then the members will vote on that or not. This is how it works and I have full trust in the process, and in their wisdom 

Anyway – back to the real work. We have a country to fix. Nothing to see here, move along.