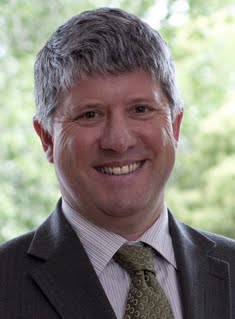 The surprise announcement that David Hay is challenging Russel Norman for the leadership of the Green Party seems to be driven by the same tectonic political pressure points that saw David Cunliffe propelled to leadership of the Labour Party.

Maybe it’s the Super City, but Auckland is suddenly finding its voice. The recent Cunliffe win was driven by the Auckland electorate flexing its muscle and this surprise tremor within the Greens is Auckland Greens clashing with Wellington head office in a grudge match that goes back to the Mt Albert By-election when Russel Norman carpetbagged it much to the fury of the locals.

The Wellington bubble world that saw the Press Gallery call the Labour leadership for Robertson (and catch out Labour MPs who should have known better) has been increasingly out of touch with Auckland, and for a Party as deeply rooted in the Wellington mindset as the Greens are, losing step with the largest City in the country isn’t difficult. The Greens have an Auckland problem.

Out of Auckland’s 18 electorates they only scored a percentage higher than the national result in 4 of those electorates. With a sparse number of Auckland MPs, the Beehive hive mentality isn’t helping the Greens win friends in the city of sails, which is surprising when you consider so much of what the Greens stand for would help Auckland more than most other party manifesto.

Add to the weak Auckland vote with a softening of policy for Wellington pragmatism purposes and the hard Greens of Auckland see Russel as part of the problem, not the solution.

It seems the Greens are not sure what tactics they should take now Cunliffe has picked up the momentum. Standing around David Shearer makes any ally look like 15%, but how do they compete with a red flag flying Labour Party in full flight? So far the strategy has been to attack, the Greens decided to run in Christchurch East and Metiria criticized Cunliffe at the CTU conference. That seems to be a lot of misplaced passive aggression when the Greens should be trying to look like they can work with Labour as a coalition Government in waiting rather than the little brother complex they seem to be enacting.

Part of the problem for the Greens in Auckland is a culture one. Prospective candidates have to rate their humbleness to Party faithful, (I’m not kidding, they really do). For a boastful city like Auckland that enjoys ego, the character necessary to do well here would have you sidelined at any Wellington social event as a registered oil company lobbyist. This culture is what helps produces invisible candidates like Denise Roche.

The sooner the Greens elevate Marama Davidson, the better.

The reality is that Hay’s frustrations are really Auckland’s political frustrations with the 3rd largest Party, but beyond that, Russell and Metiria are easily the best leaders the Greens have and the current line up of MPs is their A Team, but if the Greens can’t make more Auckland friends and they can’t move beyond their pride and work with Labour before the election it’ll be a Team A that is still sitting on the Opposition benches.