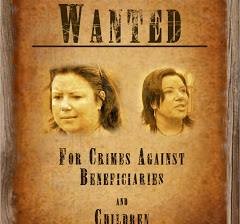 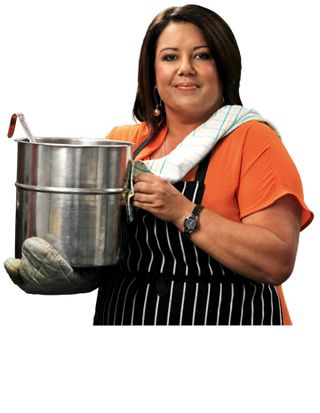 When the current government is written into history Housing Minister Nick Smith will be remembered as the politician who tried to drive a stake into the heart of state housing.

He’ll be remembered as the man who said low-income families don’t deserve tenure (the right to stay in their home) no matter how long they have lived there and no matter how many times they have paid off the value of the house.

Last week Smith shepherded through parliament legislation to remove the right of tenure from all state housing tenants. From 2011 new state tenants have been told their state home is temporary only (“reviewable tenancy” is Smith’s jargon) and they must move into the private rental market as soon as possible. From last week this will apply to all Housing New Zealand tenants.

So while the middle class and the wealthy have tenure Smith says this will be denied to low-income families. The heartless bastard.

Smith called it the most significant change to state housing in 75 years and he’s right.
The initial plan is to dramatically reduce state house numbers while increasing the number of people in “social housing” whereby the government shifts housing responsibility onto community groups and the private sector.

Assessing a family’s housing needs will shift from Housing New Zealand to the Ministry of Social Development with HNZ now being just another social housing provider whose role will decrease dramatically over time as state houses are transferred to private providers till state housing is a memory. In typical neo-liberal double-speak Smith calls it “creating a market in social housing”.

And when you have some shameful policy to get through then it’s a good idea is to find an exception to divert attention from the real purpose.

So Nick Smith was ready last week with his media sound bite to say the legislation was needed because the captain of a fishing vessel in Nelson was making more than $100,000 a year and was living in a state house when there were more needy families who the government wanted to help. (Never mind that the fisherman would have been paying Housing New Zealand a market rental anyway because the maximum 25% of income to be paid on rent would have superceded market rentals in his case) Just another version of National’s beneficiary bashing.

Smith is right to say there are many families desperately in need of affordable housing. There are 5,000 families on the state house waiting list and this is after National slashed tens of thousands of people from the books in its first term of government.

Meanwhile Social Development Minister Paula Bennett is appalled at the situation of families living in a trailer park in west Auckland where people are paying huge rents for cockroach infested caravans. Bennett was seething about the injustice but it was all just show for the 3rd Degree cameras. She put it in for an Oscar. The trailer park is the logical result of decades of state failure to provide quality affordable housing for its citizens. If Bennett was serious she’d be in Nick Smith’s office with a baseball bat.

From day one in 1935 National has hated state housing saying “state housing creates dependency”. This meaningless mantra is quoted to anyone who stands close enough to a National MP for long enough. The last time I heard it was from Alfred Ngaro, a modern day Uncle Tom who is trotted out whenever National needs political cover for policies which will undermine low-income Maori and Pacific Island families.

In reality Alfred’s National Party mates are busy creating a culture of corporate dependency on government handouts while turfing low-income families from their homes.

Smith’s policy is social vandalism. The very families which need housing stability the most are to be made less secure and less stable.

We have a desperate shortage of affordable homes in New Zealand but never in our history, or anywhere else for that matter, has the private sector provided quality affordable housing for people on low-incomes.
The state is the only organisation that can do so on the scale required for every family to have a decent home.

The next government will have to not only repair Nick Smith’s vandalism but will have to address the crisis in affordable housing with a programme of state-house building such as we saw in the years following the Second World War when New Zealand built 10,000 state houses every year.

Any half-way-decent government would do nothing less.