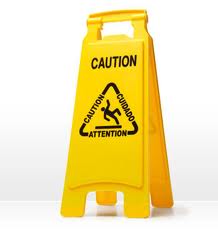 Once I got a call from a call centre union member to say the building she was working in smelt like gas. She had informed the manager but the manager said its nothing just get back to work. She felt physically ill – did she and her colleagues have to stay? No, I said. get out of the building immediately and take others with you. The manager called HR and senior management to try to get the workers to stay. They all called me, livid I had told the workers to leave and falling over themselves to lay out the disciplinary processes that would follow. Meanwhile one of the maintenance workers uncovered there was a gas leak in one of the rooms. Everyone was immediately evacuated.

With the odd exception most managers I’ve dealt with have not been interested in genuine engagement with its own employees or the union. Even when its a matter of life and death.

Employers are quick to set up their own employee organisations or health and safety committees to disenfranchise unions but they ignore the findings of these organisations just as swiftly as they do unions.

Author Rebecca Macfie has revealed in her new book on the Pike River mine disaster the extent that the anti-union management at the mine contributed to the deaths of those 29 men. On numerous occasions men informed management and the health and safety committee of their safety concerns, in particular the lack of a second emergency exit at the mine, and were soundly ignored.

At one point a union delegate noticed a lack of vehicles to evacuate men from the mine in the event of a disaster. Union organiser Matt Winter gave advice to the workers to walk out of the mine, a right they have under health and safety law. Like my experience, rather than deal with the concerns at hand, the HR of Pike berated Matt , telling him the union would be sued. When a health and safety manager tried to have the union involved in health and safety training he was reprimanded for even using the word ‘union’ in the same sentence as Pike.

Last month in San Francisco railway workers at the Bay Area Rapid Transit took strike action citing their concerns for safety linked to changes management were proposing. Management, eager to sideline the unions relevance, kept the trains running using strike breakers (often referred to as scab labour). Due to the lack of skill and experience of those brought in to cover the work, two railway employees inspecting the tracks were hit by a train and killed.

Rabid anti-unionism goes hand in hand with neo-liberal ideology. While these examples are at the extreme they go to show the devastating result of what happens when ideology gets in the way of listening to those on the shop floor with the experience to know what will work and what won’t , what is safe or unsafe.

It is tiresome and infuriating engaging in a daily battle with employers who refuse to accept this basic premise and continue to treat their workforce with suspicion and disdain – whatever the cost.