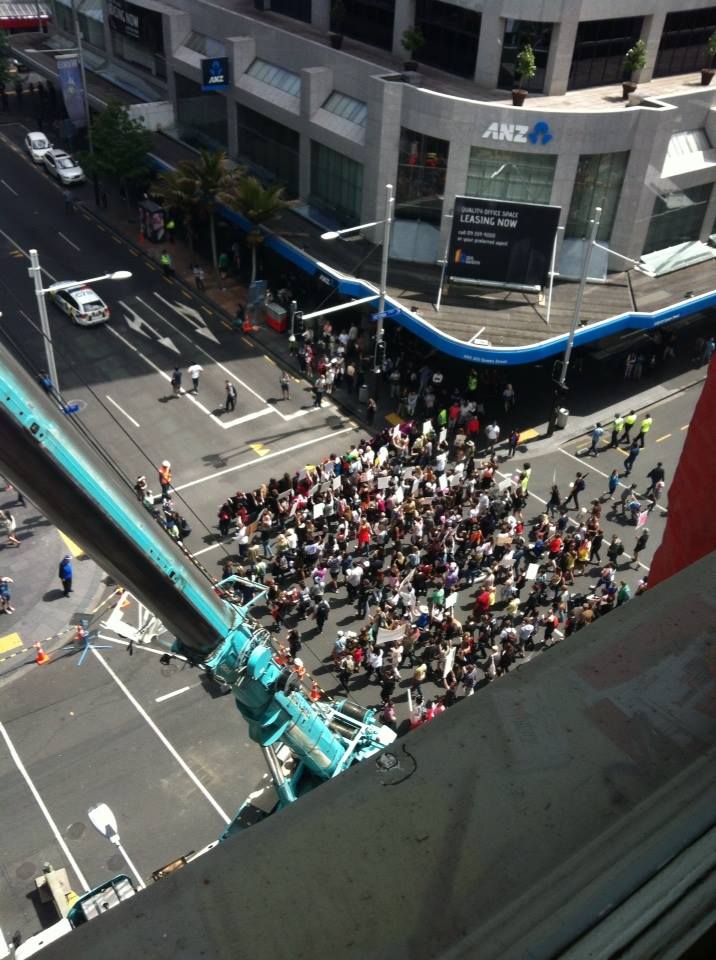 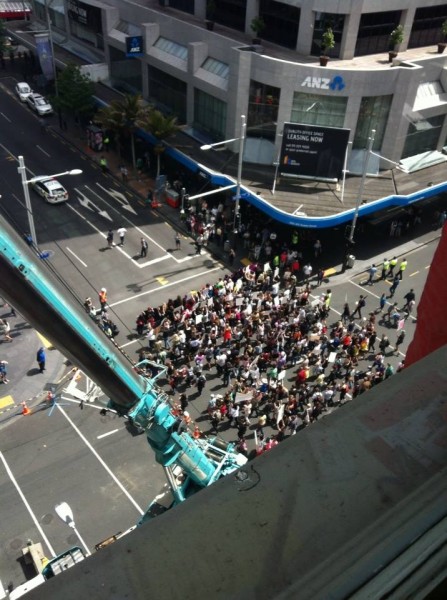 Last week will be one of the more memorable ones for me. I started a petition that gained over 100,000 signatures in a week. Then I collaborated with a spontaneously formed national collective to organise marches across the country.

Thousands flooded onto streets to stand up against rape. For the first time mainstream media sources managed to meaningfully expand upon the idea of rape culture and introduce terms such as “victim blaming” to the collective consciousness. If you’re still not sure what it means, “rape culture” refers to a culture that unwittingly enables and normalises rape. Some say little can be done about it, yet that’s not actually true. Ask Kim McGregor or Louise Nicholas, there are plenty of ways. TOAH-NNEST carried out and delivered a detailed analysis of issues to the government in ’09 and it was almost entirely ignored. Instead more and more money was stripped from survivor support programmes across the country, decreasing general responsiveness.

If you want to know why we are in this position now, that’s at least one good reason why.

People have asked me many times if I was surprised at the response and the answer is “not at all”. I think it reflects the unmet need of our communities. When one in four women and one in eight men are affected by sexual violence in this country – people of colour and transgender people most of all – to me that isn’t just a small social problem, it’s a national health crisis.

As the week progressed the endless barrage of public gaffes got worse; starting with our own Prime Minister telling seeming serial gang rapists to “grow up”, to police saying no one had come forward, then it turned out someone had come forward, and then that turned into four ignored complaints, progressing with victim blaming radio DJs and culminating with Wellington lawyer Keith Jefferies telling a jury that “all she had to do was close her legs” regarding the rape of a woman by now-convicted rapist George Jason Pule. All of this just a few weeks after Central District Superintendent Russell Gibson made the comments in a letter to a rapist’s wife that a 10 year old girl was a “willing party” in her own rape.

Consequently we have heard Police Commissioner Pete Marshall accept that mistakes were made, but he didn’t reckon that reflected any generalised cultural malaise. Well Pete, 100,000 New Zealanders disagree with you, and I’m one of them. Auckland Barrister Catriona MacClennan put it best this week when she wrote the following:

“Here is a list of actions the police could have taken in response to the Roast Busters’ activities:

1. Conduct a full investigation, rather than simply monitoring the situation.

2. Contact Facebook and arrange for the page to be removed so the girls did not continue to be re-victimised in cyberspace for two years.

3. Act on the complaint laid by the 13-year-old woman two years ago and lay charges.

4. Have Police Youth Aid visit the boys to warn them about their behaviour and explain the law.

5. Visit the boys’ parents and speak to them.

6. Visit the school and speak to the principal and have him or her speak to students to explain the law and the proper way to treat young women.

7. Publicise the Roast Busters’ activity two years ago to put a stop to it.

8. Meet young women in the local area to warn them about what was happening and teach them to keep themselves safe.

9. Meet the parents of young women.

10. Obtain search warrants and search the boys’ homes to check what evidence there is.

Members of the public do not have the same level of detail as the police about the Roast Busters situation.

But some charges the police could investigate laying are:

• Section 208 Crimes Act 1961 – detention without consent with intent to have sexual connection.

• Section 160 Sale of Liquor Act 1989 – purchasing or acquiring liquor with the intention of supplying it to a person under 18.”

Now I’m no lawyer but as I understand it rape cases are built using corroboration. When a girl is told it’s just her word against theirs and that nothing can be done, that’s not quite true. It is the job of the police to build such cases by conducting a broad spread of interviews, and it can be about how she acted immediately after, who she told, if their stories corroborate hers, and other witness details about people’s movements at the time. It’s not just medical examinations – as useful as they may be. This is a legal, legitimate way of prosecuting such cases.Many of these issues have been identified in reviews of police practises and it’s our job right now to ask why these have not been implemented.

I have to say it: police are people too, they are family members and they are people in our community, and as individuals they have as much need as any of us to see these changes made. So I want to ask police to speak up too. I want them to ask “What can we do better?” and then listen and respond when replies are given. In a country where only one in every ten rape complaints see it to court, if the police do not get with the program here it seems like they are actively enabling rape to proliferate. They become instead of a support service a barrier, that reduces rape reporting and allows attackers to keep attacking. This is a time for contrition and contemplation, not defensiveness.

But I don’t just want to get at the police here. As I mentioned before rape support services have taken such severe cuts that we may remember Wellington Rape Crisis was forced to take PR reparative guilt-money from Hell Pizza who encouraged people to commit sexual assaults for purposes of humour.

Something is seriously wrong here. And that thing, is that we have allowed rape culture to proliferate. Well, no more.

Talk about this issue, keep it current and let’s ensure they act upon what we have to say. People are desperate for real changes. Next year is election year and it seems remiss of any party to sit on their haunches and not make addressing rape culture a key point of policy. And not just for strategy’s sake, but for people’s sake. For our sake. For their sake.

Please use the word “survivor”, not “victim”. It is preferred.

When you say survivors have a responsibility to come forward (or pressure them to do so) remember, that they should only be asked to do so when our services make it easy for them – ideally, those services would be specialised services for dealing with sexual violence. It is a heavy burden for any survivor to bear – while they are trying to recover – that it now their charge to prevent recidivism. I thought that was everyone else’s job. We need to find ways of making the whole thing less re-traumatising for them.