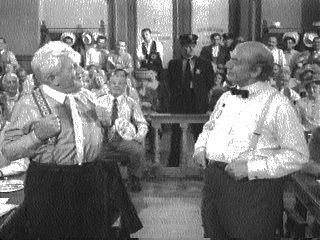 To my dear learned colleague, Chris Trotter. You are one of the leading left wing commentators in NZ, of that there can be little doubt. Your book, ‘No Left Turn‘ is one of the most important political contributions to a wider understanding of left wing history in NZ and your moving speech at the Auckland memorial of Rod Donald is a constant reminder that if you outlive me, I want you speaking at my funeral.

You are a friend, a mentor and someone who has inspired me from my first moments of entering the media.

But I think you are terribly wrong with your latest column.

Comrade, Giovanni Tiso has shown what activism in the 21st Century and the influence blogs can produce. Attacking that new power in the way you have seems disengenuous to the very activist base we have always been a part of. Technical points of freedom of speech seem meaningless in a world where you can say anything online. Slater’s sleaze diving into Len’s affair provides ample evidence that if you want a voice, no matter how repugnant that voice, you can share it.

If NZ was really hankering for Willie & JTs brand of misogyny, they can start a podcast. This is not the stomping out of freedom of speech, what happened here was a pouring out of righteous anger that reclaimed the public sphere.

The last thing we would want is what is being considered in Australia by banning such activism.

As for your cultural assumptions…comrade, it doesn’t matter if the framing is cultural, religious, theoretical or academic. It prevents responsibility being placed where it has to be – at the rapist.

I personally believe that what is required now is for the male commentators to step back, shut up and listen to the women and whanau who have been damaged by rape. What will be said will be angry, it will be cutting, it will challenge our privilege and it will force many men to re-evaluate our role in rape culture while popping and deflating some male pride and ego.

It’s not going to be pleasant, but it will be righteous and justified and when you consider the historical legacy of injustice perpetrated upon all the invisible victims of rape, it’s something we need to front up to with some humility and dignity.

It’s the very least the debate requires from us.

I don’t think your column, Chris, managed to appreciate that, and, it sounded defensive and out of touch while being ridiculous in its assumptions on Rape Culture. You may have technical freedom of speech points, that may be right, but that pales into insignificance when compared to the pain of rape injustice. 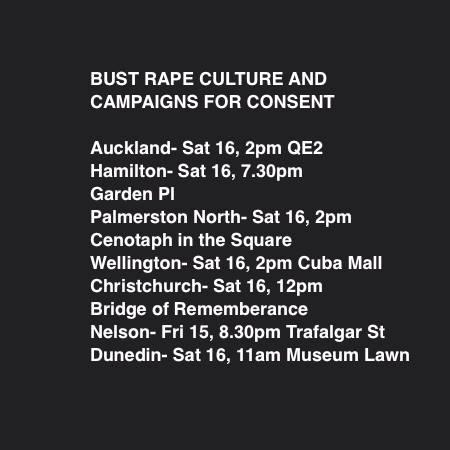 PLEASE NOTE: In light of what has been exposed by the Roast Buster debate, TDB will be actively seeking more female bloggers for the site. Our commitment is to provide more women with a platform.