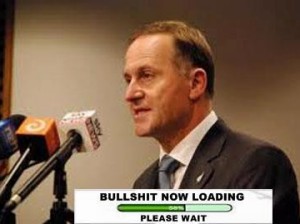 As Sri Lanka prepares to host the Commonwealth Heads of Government meeting (CHOGM) this week, my mind is drawn back to May 2009, when I had the opportunity to visit Sri Lanka. I arrived in the capital, Colombo, the day after the Government announced the end of the civil war which had been waged between the Sinhalese-dominated Sri Lankan Government and the LTTE (the rebel group fighting for the independence of ethnically Tamil areas of Sri Lanka) since the early 80s. There were jubilant scenes on Colombo’s streets as the, largely Sinhalese, population celebrated what they called an end to terrorism on their island nation. I chatted with several locals on the street and it was hard not to be swept up by their elation. I mean, what sane person would not be happy to know that one of the world’s deadliest terrorist organisations, the pioneers of the suicide bomber, had been defeated?

The following day, due to the skilful negotiation of a Sri Lankan colleague (a Tamil by birth, but who had perfected a flawless Sinhalese accent) I was granted access into the formerly LTTE-controlled territories in the north. The purpose of my trip was to visit the camps set up to receive the tens of thousands of Tamils that had fled their homes during the vicious end to the conflict. The contrast between the free celebrations of Colombo and the north could not have been starker. Curfews were in place, armed soldiers patrolled every street corner, military check-points at least every half-hour along the road. And then the camps; disturbing because of their scale (over 100,000 on one camp), their squalor, but most of all because they were, in effect, prison camps; people weren’t allowed to leave.
During my time in the north, the words of one of the people I spoke to on the street in Colombo kept coming back to my mind, “we are free, we are all free now, even the Tamils will be free from today”. I have no doubt that this young man sincerely believed what he was saying. Indeed, having analysed the situation myself as a widely read follower of international affairs, I initially saw cause for optimism too; now that the LTTE was out of the way, here was a chance for the Sri Lankan Government to build a new, more inclusive Sri Lanka giving semi-autonomy to Tamils. But, it only took a few days for me to realise that the Sri Lankan Government had a very different motive in mind. The situation on the ground in May 2009 did not, in any way, resemble the defeat of the terrorists who lurked among the Tamils. It seemed far more like the deliberate defeat and humiliation of all Tamils.

The situation has, of course, changed. The military presence in the north has substantially diminished and resettlement has taken place. Life for the majority of Tamils has improved markedly by those low standards of 2009. Yet the words of another Sri Lankan that I spoke to on my trip – an army officer who I met whilst waiting to gain entry into one of the displacement camps – are also worth repeating. When I asked him about the war ending, he replied, “The war is not over, it’s a long way from over”.

The Government if yet to be held accountable or even to accept any responsibility for the war crimes committed at the end of the conflict. Worse, though, is that oppression of Tamils through various means continues. The “enforced disappearance” of Government opponents, journalists and activists is ongoing. Torture, harassment are reported frequently, especially amongst religious minorities (those other than the predominantly Buddhist Sinhalese), and the government’s control of the press and interference in the judicial system is blatant. So, although in a military sense, the war had ended, the Government’s conflict against the Tamils has not ceased.

Under these circumstances, it is unsurprising that Amnesty International and others have called on Commonwealth leaders to boycott the upcoming heads of government (CHOGM) meeting in Colombo (it’s hard to believe that they were permitted to host the meeting in the first place). This approach is not without its faults. We must be realistic about the impact of such action; even a full-scale boycott will probably not overly deter the thick-skinned Sri Lankan President Mahinda Rajapaksa. The precedent of a boycott could also create complications with regard to other Commonwealth members (what to do about Kenya, for example, whose President is due to stand trial at the International Criminal Court?). Then there is also the argument that John Key has used that more can be gained through constructive engagement than withdrawal.

I believe there are circumstances when these arguments may apply. But, from the host’s perspective, CHOGM is not merely another multi-lateral meeting; it is a starring role on the global stage. Oppressive leader should never be permitted to showcase (and if any doubts that the Sri Lankan Government is showcasing this thing, just check out the head line on the official CHOGM website, “53 world leaders meet in paradise”). There is simply no way that one can participate in such a showcase without giving tacit approval or at least displaying tolerance of that nation’s leader.

Short of any last minute changes of heart, only Canada’s Stephen Harper and India’s Monmohan Singh have declined their invitations. John Key should do the same. His actions may have little impact, they may cause future complications and, for sure, his non-attendance ruins the opportunity for advocacy further damage control on behalf of Fonterra. But, the Tamil people – including Tamils living in New Zealand – deserve better and his attendance at CHOGM can only reflect poorly on him and on New Zealand.