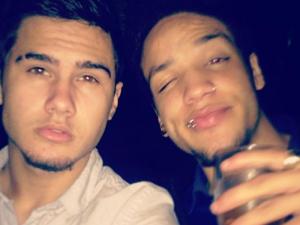 Barely a week after enduring the graphic, politically suspect romp and circumstance of ‘blackmail, corruption and the dirtiest political scandal this country has ever seen’, we have been deeper plunged into a fetid, profoundly disturbing moral pit. For two years, a gang of teenage sexual predators calling themselves “Roast Busters” bragged about their under-aged conquests on Facebook, “strutting their stuff and shaming their victims.” And, to date, they have got away with it. The situation, ‘grotesque’ and ‘horrific’, raises many questions which, as the NZ Herald’s  Toby Manhire forcefully argues, ‘scream for answers’.

Manhire captures the mood of the nation: the behaviour  is ‘appalling, stomach churning, almost certainly criminal.  And so the most immediately alarming question is this: if it prompted anything like the same reaction two years ago, why didn’t those who knew about it then make it stop?’. So why didn’t they? Police reassurances were swift, glib but, most disconcertedly, factually inaccurate :  the problem was a lack of complaint. “None of the girls have been brave enough to make formal statements to us so we can take it to a prosecution stage or even consider a prosecution stage.” That would be a satisfactory response. If it was true. But it wasn’t. “Four of them had come forward in 2011 and 2012. Four of them. Three were 13, one 15. One had made a full and formal complaint.’ Manhire is left with the ‘the clear impression, not of a police force with tied hands, but sitting on them. Or worse. The manner by which all of this has emerged leaves the stench of a cover-up.”

So we are left with many questions:  about the perpetrators, their parents, about the integrity of the Police, about how we place and process rape and its prosecution in this country, about the role of the internet, pornography, alcohol, about the media and its obligations and restraints in this most sensitive area of the criminal system and, at the top of any list,  if the victims of such crimes have been treated with the utmost dignity and respect.

Confidence in the Police is plummeting.: “A couple of days ago, it might have been possible to accept police assurances that the investigation was unaffected by the fact that the son of a police officer was linked to the predatory gang. Today, it seems naive to take that at face value.” Both the Minister and the Commissioner have expressed their ‘disappointment’ but at this late stage of the game, their ‘disappointment’ doesn’t quite cut it. I get disappointed every week I don’t win Lotto. The question that screams to be answered is this: “is the West Auckland horror show an isolated case or part of something wider, systemic, even institutional?” Mrs Tolley and her Commissioner seem ill-equipped, even unwilling to address this elephant in the room. That amidst this firestorm, the Police should take time out to threaten the editor of a Daily Blog for his satiric parody of their hopeless inaction is another scandal for another day’s discussion.

It’s impossible to disagree with Manhire when he concludes that a commission of inquiry is warranted. “Without it, confidence in the police can only erode further, and those who have been sexually abused will increasingly conclude that going to the police is a bad idea.”

As if these upsetting revelations were not enough, other extraordinary, even incredible events came to light this week, raising more questions that scream for answers.

Those searching for a metaphor for the state of the nation, look no further: it sailed into Wellington Harbour  last week minus a propeller. On a routine passenger service from Picton, the Interislander Ferry Aratere  sheared  the steel shaft which connects the engine to the starboard propeller, sending it to the bottom of the Tory Channel. “This is a very unusual event, so there’s no assumed understanding of what could have caused it,” said KiwiRail chief executive Jim Quinn in a confidence-draining statement.

Given the notoriously treacherous waters of the Cook Strait, one would hope that the Government would ensure that the ships that most regularly make the crossing, bearing precious cargo, would be sea-worthy. But no. Nautical historians could probably count on the fingers of one hand the instances of a ship of this size, on a routine passenger voyage, suddenly and near catastrophically losing a propeller and its shaft.

“The ferry has two propellers, so it was still able to cross the strait safely” spinned Mr Quinn. “It was safe. It safely sailed back, and it was all within its design capabilities even with an extreme event such as this”. Those with a passing familiarity of New Zealand disasters will appreciate that the Ferry’s ‘safe return within its design capabilities’ was more a matter of extreme good luck. Had the incident occurred during a storm, we could have been dealing with the aftermath of another Wahine.

Transport Minister Gerry Brownlee wants answers:  “what occurred to cause the prop to fall off the boat?” Well Mr Brownlee, this too is a question that screams for answers: near-catastrophes like this don’t just happen. Propellers just don’t fall off boats.

Instructively, the Aratere has experienced a series of problems over the years. “There have been three engine failures, in 1999, 2000 and 2011, a steering fault in 2004, and the ship was ordered to stop operating twice after safety issues were found – once in 2005 then again in 2011.”  Winston Peters believes a 30-metre extension to the middle of the ship two years ago is to blame: “It porpoises through the water, it’s not rigid, it flexes. Now if you want to see equipment go wrong like shafts and propellers, have that going on in your boat.” Peters has called for KiwiRail to “front up to a public inquiry into the shambles surrounding the ship: experienced KiwiRail staff had warned management not to lengthen the ship during its upgrade because of the problems it would cause, but it was sent to Singapore regardless” he said. “It would be interesting for KiwiRail to disclose just who went to Singapore, and check their level of expertise in extending ships.” Kiwirail says that is “just rumour, unfounded based on any facts”. Perhaps. But the unassailable fact remains that somewhere at the bottom of the Tory Channel lies a propeller that just fell off a ship. Why? How? I scream for answers.

Addressing two major issues now confronting the Government, Bryan Gaynor elaborates on the nautical theme: “Two events this week, the Mighty River Power annual meeting and the Commerce Commission’s decision on Chorus, clearly illustrate that serious questions need to be asked about the Crown’s transparency and decision-making processes. The Government has several similarities to a luxury cruise liner that has no captain. The Crown has the equivalent of a navigator, a chief engineer, a purser and a passenger services manager but no one on deck to make sure the vessel is sailing a consistent course.”

Gaynor’s analysis is damning and he asks many questions, all of which scream for answers: “It appears the Treasury, which is more like a chief purser than a captain, made most of the important MRP decisions, particularly the IPO price. But it is not usually a big-picture entity, it is in charge of the Crown’s purse strings with a perceived mandate to maximise the sale price. It appears that the Treasury allocated 347 million Meridian Energy shares to overseas institutions but gave only 160 million to New Zealand institutions, including KiwiSaver funds. If this is correct, why was there such a strong bias towards overseas investors? What were the criteria for giving SkyCity additional gambling facilities if it builds a convention centre in Auckland? Why are the owners of the Tiwai Pt aluminium smelter receiving a special payment? Why were investors in South Canterbury Finance bailed out when investors in other finance companies suffered substantial losses?” I scream for answers.

The more Gaynor continues, the more at sea the Government seems: “Chorus is looking more like a sister ship, with the Commerce Commission, Communications Minister Amy Adams and Prime Minister John Key’s ultra-fast broadband programme wrestling for control of the steering wheel. The problem is that the Chorus debacle could overflow to Mighty River Power and Meridian Energy’s share prices as overseas investors begin to realise that there are huge regulatory and inconsistent government policy decision risks associated with New Zealand. Investors are now realising that there are huge risks associated with the current Administration because it doesn’t appear to have anyone at the helm steering a straight and consistent course as far as major business decisions are concerned.”

So, after five years of this Government and its promises of a brighter future, the crux of the matter: the question that truly screams for an answer is this: where is the captain? Who is at the helm? According to the PM, “I do a lot of going around the country opening things and cutting ribbons and being the kind of face of the party that’s interacting with the public. And Bill is doing a lot of the long term thinking, heavy-lifting and policy design, all the things that involve ministers … I’m kind of the retail face.” Enough said.