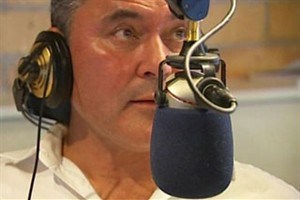 To complicate matters, broadcaster John Tamihere and Parker’s stepfather have known each other for years. But the source claims Tamihere had not known the stepfather was related to Parker when he conducted his now infamous radio interview with 18-year-old “Amy”, a friend of one of the Roast Buster victims.

Can both of those two claims  be true?

Someone with the level of connections John has within West Auckland makes not knowing anyone involved in this a difficult proposition. If John knew about the relationship when he interviewed ‘Amy’ and the line of questioning was influenced by that relationship, it isn’t going to help him survive all of this fallout.

I don’t honestly believe there is any chance for John to become a Labour MP again. It was always a doubtful proposition based on the bewildering sexism of his Investigate interview that has haunted his political career, but add this victim blaming interview (with the added subtext he knew the step father) and I think Cameron Slater has more chance of becoming a Labour Party MP than John Tamihere.

As one door closes however, another opens. That other door opening for John is to accept Winston’s offer and join the socially conservative NZ First to become the new deputy and heir apparent. NZ First have no succession plans, the rest of the NZ First MPs are second rate political circus freaks and Winston wants to hand the reigns of power over to someone who will not disgrace his legacy.

NZ First’s history of jaw dropping xenophobia sits politely with jaw dropping sexism and Winston needs a new piece of raw meat policy for a dusty constituency who need their dentures in first before they can chew his bait. It’s not easy generating dog whistles when your voter base all have hearing aids and nothing gets old heads nodding in agreement faster than the shameful promiscuity of the young folk these days.

Tamihere could run for NZ First in Waitakere and that would give NZ First an electoral foothold to guarantee a sub 5% threshold representation which could be critical for NZ First’s future.

As many as there were horrified by the victim blaming tone of Tamihere, there is a large constituency who agree with him and find John’s public flogging very angering. To this electorate, misogyny is confused as commonsense safety tips, and to be told that their concerns for women are part of the problem will ferment an ugly backlash.

The question is will Tamihere saddle that backlash and ride it under NZ First colors?