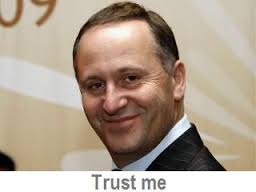 There is no way the Commonwealth Heads of Government would hold its biennial meeting in Zimbabwe. To do so would be to give legitimacy to the tin-pot tyrant Robert Mugabe.

Mugabe would parade and preen like a peacock in the international spotlight while the countless victims of his vicious brutality suffered in silence. He would milk the visit for all he was worth. It would be a propaganda coup excusing and reinforcing the worst of his behaviour.

So if CHOGM will never be held in Mugabe’s Zimbabwe then why on earth is this year’s meeting to be held in Sri Lanka next week – a country which has an arguably worse human rights record?

The government of Sri Lanka is complicit in massive war crimes committed during the closing stages of the war of independence fought by the Tamil minority against the Sri Lankan army under Mahina Rajapaksa as President and Minister of Defence.

According to the United Nations, Rajapaksa’s army oversaw the indiscriminate killing of between 40,000 and 70,000 ethnic Tamil civilians in 2009.

Amnesty International and United Nations Agencies have detailed the mass bombing and shelling of civilians, summary executions, torture, rape and murder which took place under his command.

Just yesterday the UK’s Channel 4 TV network released more evidence of the most unbelievable brutality against Tamil civilians in its “No Fire Zone” documentary. Take the trouble to follow the link and see the mass of evidence of what have been described as the worst war crimes of this century.

Rajapaksa is a war criminal with the blood of countless innocents on his hands. As President he has changed the constitution to allow him to extend his presidency, granted himself immunity from prosecution and refused all international calls for an independent inquiry into the Sri Lankan military’s war crimes.

Human rights abuses continue across the country today with crackdowns on the media and an ongoing brutal military occupation of the Tamil areas of North-Eastern Sri Lanka.

The decision to hold CHOGM in Sri Lanka beggars belief.

Surprisingly it is the conservative Prime Minister of Canada Stephen Harper who is showing some welcome leadership. Harper is boycotting the meeting and pressure is mounting on others to follow. Indian Prime Minister Manmohan Singh is wavering.

British Prime Minister David Cameron is determined to go. He says human rights concerns are best delivered in person but it’s not a credible position. A few weasel words behind closed doors will do nothing for the Tamil community especially as CHOGM will reward the murderous Rajapaksa with centre stage at the meeting and the next two years as chair of the organisation.

Prime Minister John Key must pull out and join the boycott. Isolation is a much more potent response than giving comfort to arguably this century’s worst war criminal.

Canada is showing the way and New Zealand should follow.

Note for Auckland readers: The New Zealand Tamil Society has organised protest march in Auckland this Saturday (9 November) calling on John Key to sit this one out in solidarity with Rajapaksa’s victims. The march gathers at Britomart at 12noon.