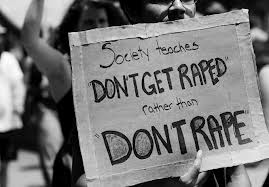 Ohhhhh – one was the son of a cop, the other the son of a well known entertainer – now we know why Roastbuster rape club wasn’t closed down.

First rule of Roast Buster rape club – the Police will monitor your rape bragging and get around to doing something, possibly in the future. Maybe.

The stats of 1 in every 10 woman being raped taking the case to the Police and of those only a tiny fraction ending in a conviction are a horrific social wound that never seems to be seriously challenged. When rape culture has led to an inability to tell the difference between lad magazines and statements of actual rapists, these ‘Roast Busters’ are the result.

Such malformed, malicious and misogynistic behavior led to these young men to boast and brag about their rape and their behavior we can be sickened by, but the Police who seem utterly unable to lift a finger against the son of one of their own demands some serious questions.

We know from the sado-masochistic ritualistic pack rapes from within the Police culture that the NZ Police have a terrible history of this sort of misogyny and one can’t help but wonder if this case was left alone because it was filed under ‘boys will be boys’. When Dame Margaret Bazely investigated the sado-masochistic ritualistic pack rape culture within the NZ Police she found many internal changes difficult to address without externally forcing those culture changes upon the cops.

Sanctimonious prick of the year award had to go last year to Police Cheerleader Greg O’Connor who described the October 2012 update report into the Police culture of sexism as ‘ritual humiliation’ of the NZ Police force.

When Greg claimed being held accountable for Police rape culture was ‘ritualistic humiliation’ for the Police, I blogged…

Is sexism so accepted that the Police spokesperson can seriously use that language in light of the case that brought about the report?

No Greg, I don’t think the report into the sado-maschistic pack rape culture of the NZ Police is a ‘ritual humiliation’, I think that’s called being held to account you crypto-fascist.

I think what happened to Louise Nicholas was ritual humiliation.

I think what happened to the woman raped by Brad Shipton, Bob Schollum and three other men at Mt Maunganui in 1989 was ritual humiliation.

I think Louise Nicholas taking her case to court three times only to be denied justice when Shipton and Schollum were already in prison for the same type of ritual humiliation pack sex attack was a ritual humiliation.

I think the Rotorua woman who claimed she was kidnapped and raped by the three of them in 1984 knows about ritual humiliation.

And to top it off Greg, I think the 10 women who testified at a secret forum against the Police culture of sexual misconduct who had the hearings recommendations for compensation turned down by John Key and his Cabinet, know more about ritual humiliation than you can conceive…

Police sex witnesses denied compensation
The Government has rejected a secret forum’s recommendation that 10 women who alleged sexual misconduct by police officers get reparation. A letter obtained by The Dominion Post reveals the forum chairwoman, Wellington lawyer Rachael Brown, recommended that the Government pay “financial redress” for alleged misconduct by police officers. But the Cabinet has ignored the recommendation – angering women who spoke at the forum, including Donna Johnson, of Tauranga. Ms Johnson – who alleged convicted rapist and former Bay of Plenty detective Brad Shipton stalked her and forced her to perform oral sex – questioned why the Government bothered with the forum if its key recommendation was going to be ignored.

(Don’t you love Finlayson’s comment – “I know this decision will be disappointing. I hope that the opportunity to tell your story and be referred to additional services has been helpful,” – yeah Chris, I’m sure they loved having to recount their sexual abuse at the hands of Police only to get no acknowledgement and completely ignored).

…I’m pretty sure the 300 women Dame Margaret Bazley identified as suffering from Police sexual misconduct who weren’t able to take part in the secret forum feel they have suffered a ritual humiliation.

Not according to the Police Association dictionary.

According to Greg O’Connor, being held to account for those 300 women who were identified in Bazley’s report is a ritual humiliation.

…the Police don’t seem to have the capacity to look at rape claims as serious events because so many of their own members seem to share the exact same misogynistic tendencies.

I am suspicious that new cyber laws being promoted by the Government are all of a sudden the cure all that will allow the Police to act, if Police attitudes are part of the problem, how on earth will new powers change that?

Men need to start talking to their boys about the way they view and respect the sisters, when we live in a country that is only thinking about 50-50 gender recognition after 120 years of universal suffrage, we can all feel uneasy about how sexism is mutating to this kind of Roast Buster behavior.

It’s time that men manned up and called each other on this shit, because that’s the only way this is going to change.