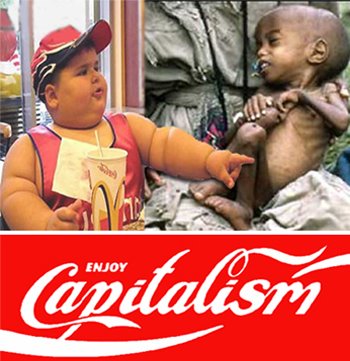 Nation states are left to manage the humanitarian crises that result from war, poverty, disease and desperation. They appeal to the institutions of the UN to assist but these institutions have no powerful global consensus or resources to enable real alleviation of suffering for the growing numbers of refugees and for the longer term solutions required. Solutions are band aids, transitory and inadequate.

War is fought for strategic advantage in the increasingly critical positioning for resources; water, food and energy.

The free flow of capital is essential for corporations and their nation state backers to ensure rapid
access to contested resources.

The actions of political parties in Australia have been to outbid each other in the policies of human dumping in response to the human tragedy of boat refugees.

Boat people are portrayed as ‘queue jumpers’ but only a genuine refugee would be part of this queue. The reward for survival is banishment and imprisonment.

The scale of the problem is over hyped for political advantage and plays to the rhythm of ‘send them back to where they came from’. If this philosophy had consistent application over the years my family would have been banished back to Ireland and Scotland many generations ago.

Australia’s response to the refugee crisis is inhumane and racist.

A larger crisis is unfolding in Europe.

More than 300 Eritrean and Somali asylum-seekers drowned when their fishing boat caught fire and sank just half a mile from the island of Lampedusa, in the Mediterranean on October 3. An unknown child and a mother and the child she had just given birth to were three of the victims who were buried in vaults in the small cemetery of Piano Gatta near the city of Agrigento in Sicily, despite Italian Prime Minister Enrico Letta’s promise to hold a state funeral for the victims. The State funeral was of noble purpose until the reaction against survivors attending the funeral killed off the idea.

Then on October 11, at least 33 people died when their boat capsized between Malta and Lampedusa.
And on October 14, the Italian navy rescued about 370 migrants between Sicily and Libya. The Italian Government deployed ships, helicopters and unmanned drones to help avert further shipwrecks.
Lampedusa, which lies southwest of Sicily and just 113 km from the coast of Tunisia, has been a stepping stone for migrants seeking a better life in Europe for two decades.

Now the Syrian civil war and unrest in Egypt and other Arab and African countries are fuelling the flow of refugees, many of whom have to pass through an increasingly unstable Libya. In Libya, not even the President is safe, evidenced by his recent temporary kidnapping.

The reception centre on Lampedusa, which is under Sicily’s administration, is now hosting four or five times its capacity.

Preventing the refugees from attempting the dangerous sea crossing may appeal to growing nationalist movements throughout Europe but it would intensify the humanitarian crisis. People would die in the Sahara desert or be captured, raped and mutilated by Libyan militias.

Politicians advocating for the free flow of capital are often the very same politicians who advocate a tough line on preventing refugees being granted asylum and resettlement in their country.

What would happen if Europe opened its borders to unrestricted access for people from Africa and the Middle East? We would get social upheaval, violence and chaos.

What happens to the Middle East and Africa when its nations open their borders to the free flow of capital and the competitive grab for resources. We get social upheaval, violence and chaos.